The Crystal Palace diver saved her best performance of the four-day event at Sheffield’s Ponds Forge until last as she won the Platform competition by a huge 17 points.

Burrows Mackley won the 1m event on day two of the championships and followed that up with victory in the 3m competition.

She took the lead after round two in the platform and never relinquished top spot, finishing with 166.60 points.

The 10-year-old was the only diver in the competition to score over 40 points with a single dive, picking up 40.80 with her inward one-and-a-half somersaults.

“I felt quite relaxed and my parents helped me feel quite relaxed. They support me a lot in everything I do.”

Another silver for Scarlett 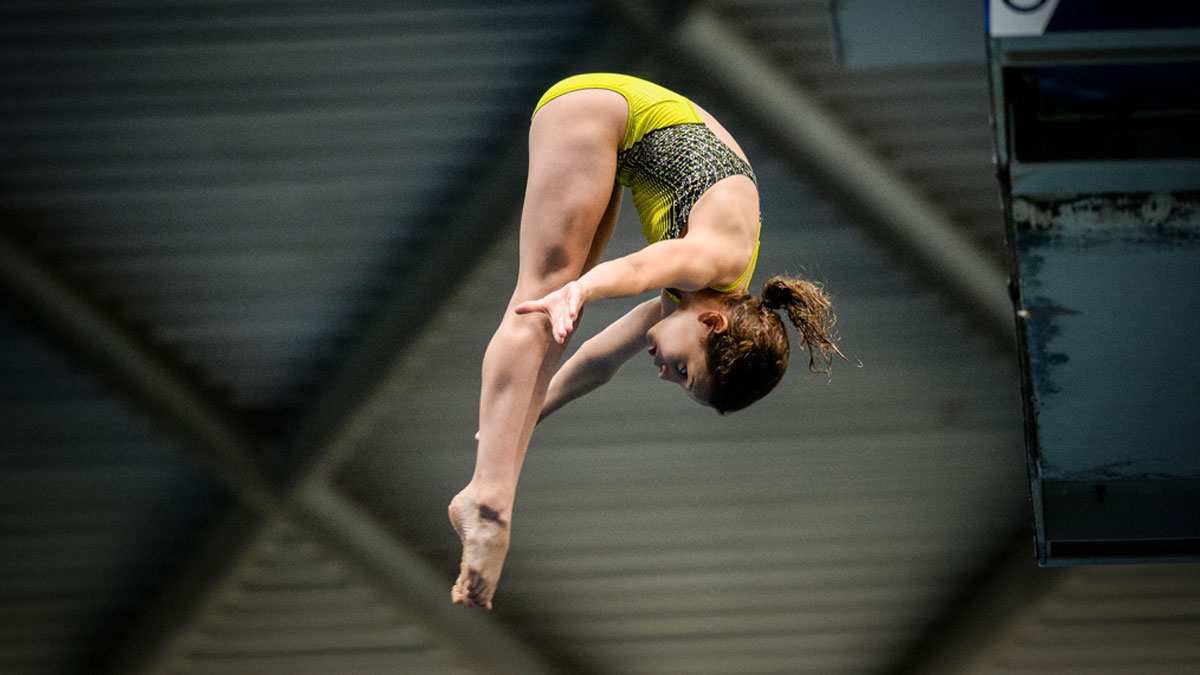 Scarlett Colbourne rounded out a successful competition with her second silver medal in as many days.

The Plymouth diver, who finished second in the 3m on Saturday, was rewarded for her combined 9.9 degree of difficulty, earning her place on the podium with 149.60 points.

City of Sheffield’s Etta Dodsworth won the bronze medal, closing with two superb dives for a total of 146.70 points.