Olympic bronze medallists Tom Daley and Dan Goodfellow fell one place shy of the podium as they finished fourth at the 2017 World Championships in Budapest.

The English pair scored 418.02 in Hungary, ultimately missing out on the podium by 32.8 points.

And while the Brits scored higher in the preliminary, placing second on 433.14, Daley insisted the pair could look back on the final with their heads held high.

“There were lots of positives that we can take from the competition,” said Daley. “Our distance from the board was better, our front 4 ½ has been consistently good.

“It’s a change of list in terms of what order we are doing our dives so that ultimately affects things.” 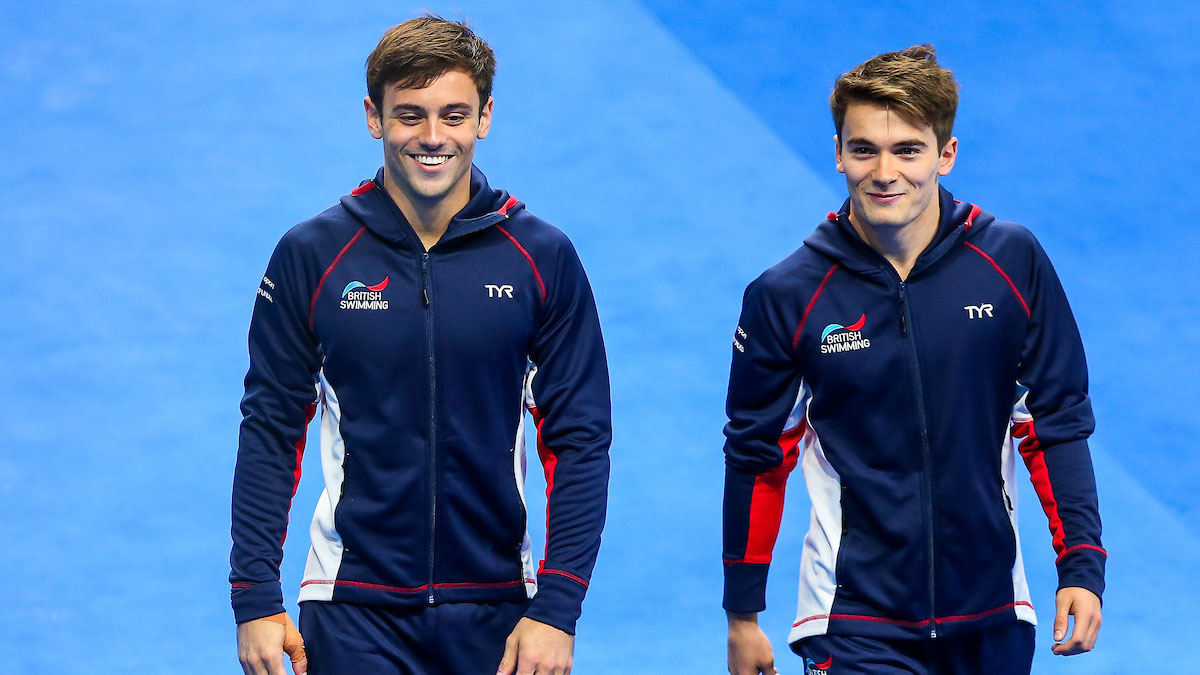 Goodfellow added: “Following on from winning a medal in Rio, we always approach a competition expecting a medal and wanting to win a medal and we know we can get medals.

“Our prelim performance was really good. It’s a shame there was one dropped dive across the prelims and final. We were 20 points shy and that cost us the medal.”

The dropped dive came in the penultimate round as the Brits received just 63.72 for their back 3 ½ somersaults piked, their podium hopes going up in smoke in the process.

And while they responded with their best dive in the sixth round, scoring 93.24 for their forward 4 ½ somersaults with tuck, it wasn’t enough to close the gap.

Katherine Torrance and Scottish partner Grace Reid also made a synchronised final in Hungary, finishing fifth in the 3m Synchro.

While both divers are making their World Championship debut in Budapest, they held their own with a composed performance in the final.

The young pair were ultimately closer to a medal than Daley and Goodfellow, finishing 18 points shy of Russian bronze medallists Nadezhda Bazinha and Kristina Ilinykh.

Torrance and Reid added more than 20 points to their prelim performance as they scored 294.60.

“It’s a bit wild competing in this kind of environment,” said City of Leeds diver Torrance, who finished ninth in the 1m Springboard earlier in the meet.

“This morning I was a bit nervous but it’s nice to know we’re in there with everybody and not miles away from the big scores.

“It definitely builds your confidence. We haven’t been together long but it’s a great pairing.”