The young divers on the Swim England Talent Diving Programme continued their development through the national pathway with a busy month of training camps across the country.

Divers on Team Y headed to Luton for five days of specialised training, while Team Z gathered in Leeds.

The Team Y camp featured a number of youngsters who have made international breakthroughs over the last year, including British Diving Championships medallist Leon Baker and Swim England Diving Talent Athlete of the Year Desharne Bent-Ashmeil.

Across the five days, divers focused particularly on twisting techniques and practising in their synchronised pairings.

Nine members of Team Y competed at the British Championships in January and the squad will be hoping to make their mark on the domestic and international stages throughout 2020.

Suzie Collins, Swim England’s Talent Development Officer for Diving, said: “The camp proved very valuable as we worked with the athletes on all elements of being a competitive diver.

“During the camp we looked at competition preparation and how divers and coaches work together in a competition environment. We were then able to put this into practice, running a trial event and we were lucky enough to have National Judges Sarah Barrow and Derek Beaumont in attendance 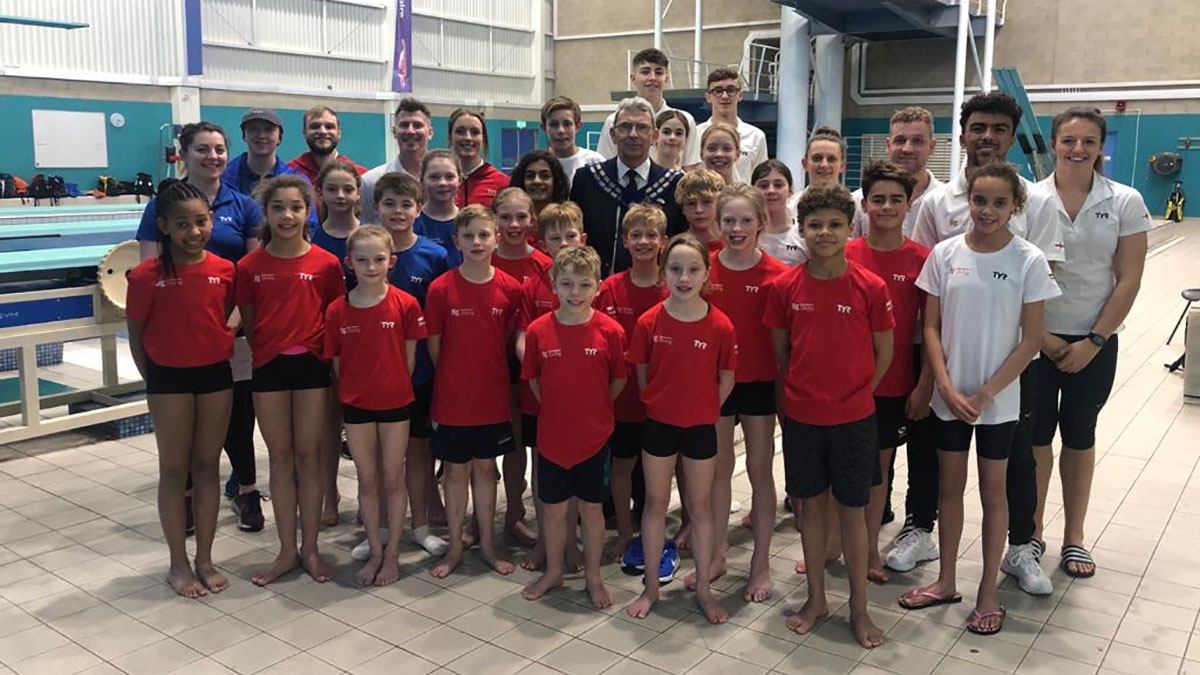 Meanwhile, 23 members from Team Z travelled to the John Charles Centre for Sport in Leeds for three days of training.

For half of the divers, this was their second experience of a Team Z camp, as they focused on back and reverse skills.

The other half, who were taking part in their sixth camp, worked on armstand and platform take-offs.

Suzie said: “It was encouraging to see the progress that both of these groups have made since their previous camp.

“During the camp we undertook technical workshops aswell as a workshop on sleep and recovery.

“It is important for us to help the athletes understand how they can look after their physical and mental health, even at this early stage in their careers.

“We also had the Swim England President Ian Mackenzie in attendance, which was fantastic. It was great for him to see the athletes develop throughout the camp.”