The club had won 11 medals over the first three days – one synchro gold, five silver and five bronze – but were awaiting their first solo national champion.

Kivlochan moved back into top spot in the last round, her forward two-and-a-half somersaults taking her to 296.55 points overall.

Anderson was next on the board and knew she needed another big score to take the gold.

A back one-and-a-half somersaults with one-and-a-half twists did the trick, scoring 45.60 points for Anderson, who finished with an impressive total of 303.50.

That result provided redemption for Anderson, who failed to defend her 1m title on Friday.

She said: “It was so nerve wracking, it was so close all the way through and it just had to go right. I knew what I had to do and that’s what I did.

“I felt a lot of pressure, because last year I won the 1m and I didn’t have a good competition on 1m [this year], so I felt more pressure to get a medal and I’m so happy.

“It means a lot [for Southampton Diving Academy]. We won gold in synchro, but we hadn’t won an individual gold, so I’m glad I’ve done that.” 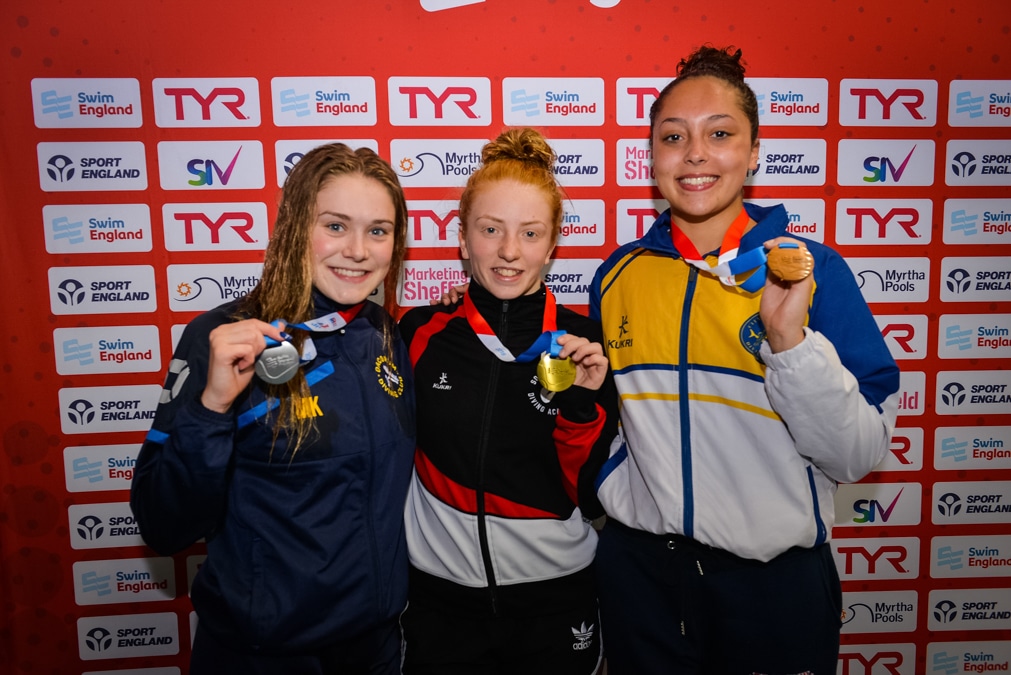 Dacorum’s Kivlochan was agonisingly close to securing a hat-trick of gold medals in Sheffield.

The 3m Synchro and 1m champion had led the standings through the first six dives, but her most difficult dive – a back two-and-a-half somersaults – yielded 36.40 points to knock her off top spot.

City of Leeds’ Saffron Butler picked up her second medal of the competition, adding a bronze to the 1m silver she won on Friday.