Great Britain rounded off its most successful European Junior Diving Championships with two more podium places on the final day of the competition in Romania.

Bronzes for Evie Smith – her second in the space of 24 hours – and Robbie Lee took Britain’s medal tally to 13.

Britain secured the most amount of podium places than any other country with three golds, five silvers and five bronzes – and were third in the medal table behind Italy and Ukraine.

Smith claimed Britain’s first medal on the seventh day of the championships in Bucharest in the Girls A 3m Springboard final.

Hours after winning bronze in the Girls A/B Synchronised 3m Springboard alongside Tilly Brown, Smith showed why she was selected as part of Team England’s Commonwealth Games squad. 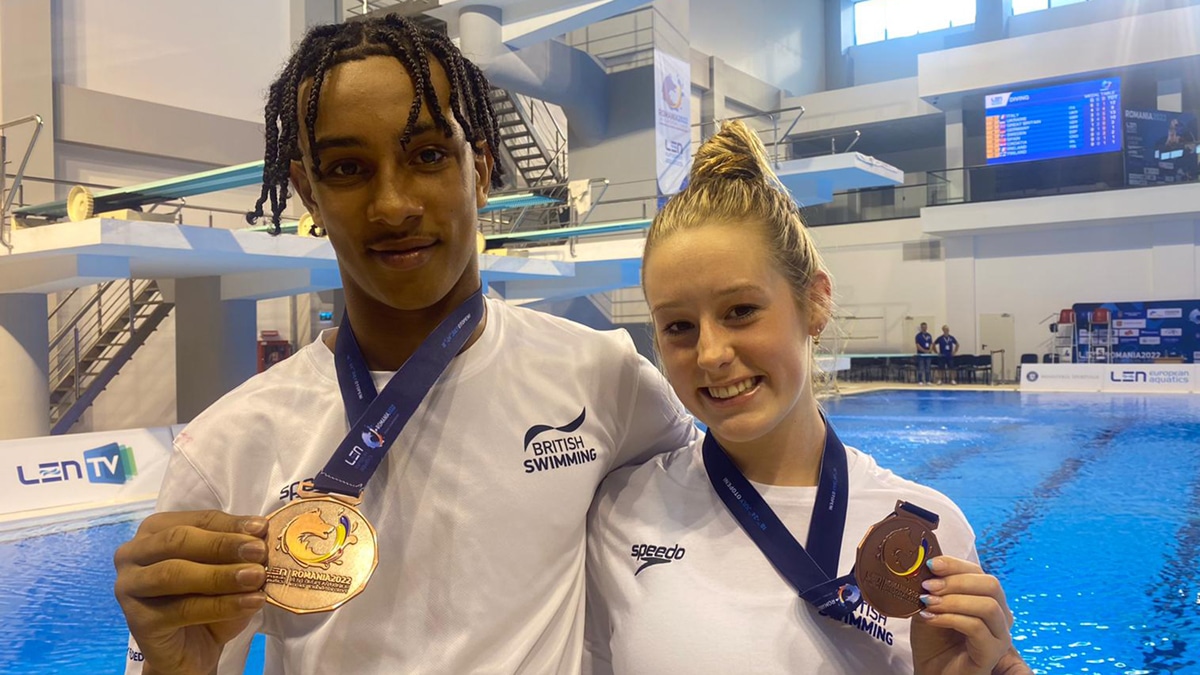 Her first dive was her highest-scoring – an inward two-and-a-half somersaults in tuck earning her 56.70.

Three further dives worth more than 50 points were enough for Smith to head to Birmingham 2022 on a high note after a successful week with a final total of 404.85.

In the Boys A Platform Final, the last event of the championships, Robbie Lee won his second medal of the competition.

Lee finished second in the preliminary round and continued his fine form in the final.

Lee finished with a total of 480.30, while his British team-mate – and gold-medal winning partner in the Boys A/B Platform Synchro – Euan McCabe took ninth spot with a score of 417.90.