Great Britain’s Gary Hunt will secure his eighth Red Bull Cliff Diving World Series title if he can complete an unprecedented hat-trick at the penultimate leg in Mostar.

On Saturday 24 August, Hunt returns to the historic Stari Most in Mostar, Bosnia and Herzegovina, the venue where he won his first ever event from a bridge in 2017.

Hunt has won all four stages which count towards the World Series rankings this year and was in imperious form at the most recent event in Lebanon.

The Brit became the first man to be awarded a perfect ten from all judges since the World Series began in 2009, as he won by more than 40 points. 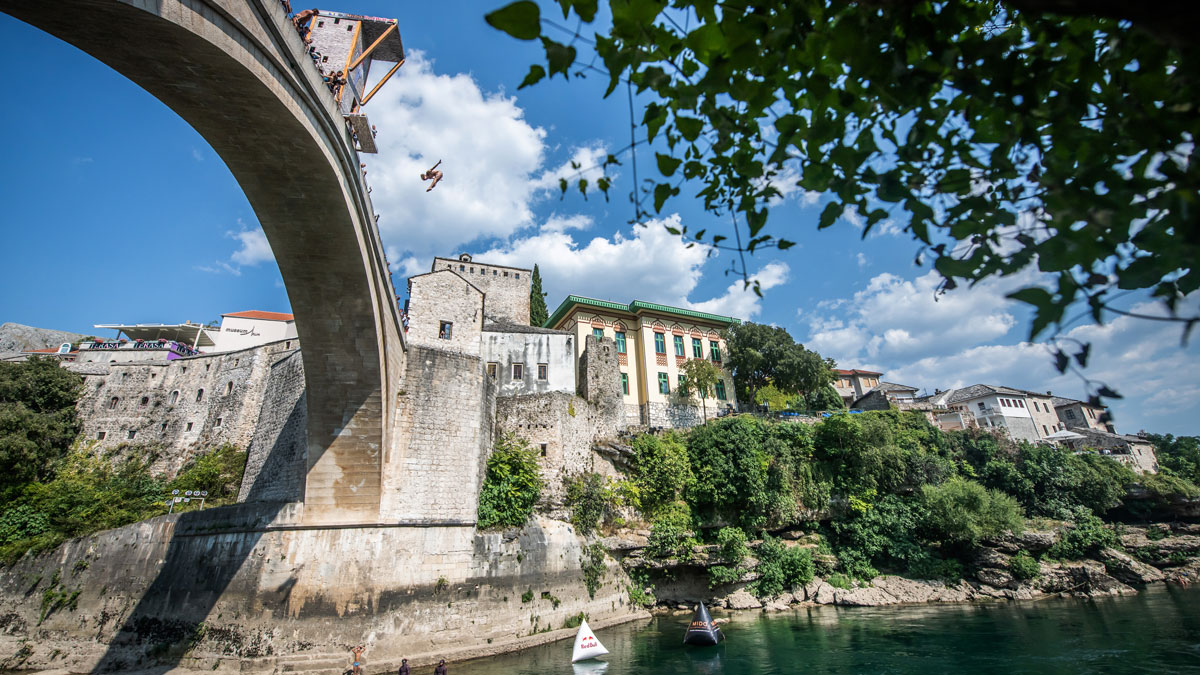 Following that effort, Hunt said: “It’s so much easier for me when there is a fight, when there are other divers doing well.

“It’s more enjoyable as well. I want to be in a battle, I don’t want to have it easy and so I try to use it.”

Although Hunt can afford a slip up in Mostar and still hold on to his World Series crown, he will be keen to continue his perfect run, which has also included high diving gold at the FINA World Championships.

Hunt was fourth heading into the final two rounds in Gwangju, before producing a clutch finish to reclaim his title.