Olympic champion Jack Laugher hopes a new swimming pool named in his honour will encourage youngsters to ‘chase their dreams’.

The Jack Laugher Leisure and Wellness Centre in Ripon has been officially opened by the three-time Olympic medallist.

Laugher, who was born in Harrogate and was educated at Ripon Grammar School, admitted he never thought a facility ‘would be named after him’.

The 27-year-old won gold at the Rio 2016 Olympics in the 3m Sychro competition alongside Chris Mears – and followed that up with a silver medal in the individual competition.

He completed the Olympic set as he took bronze in the same event at the Tokyo 2020 Olympic Games.

Never in my wildest dreams 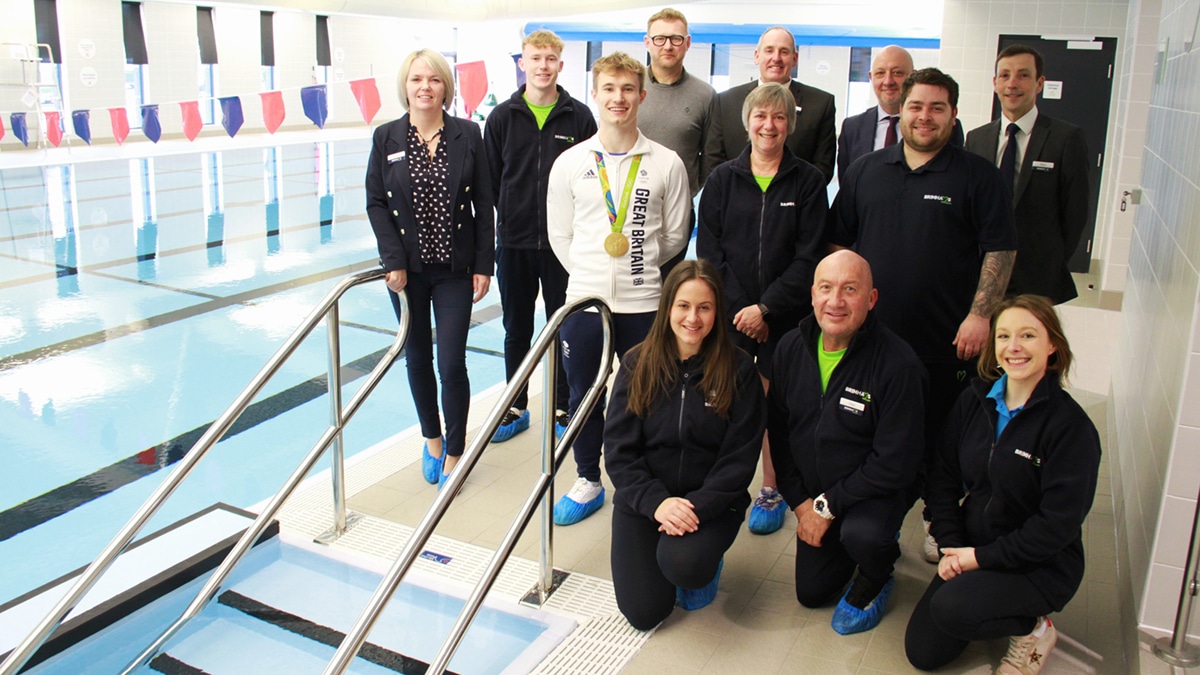 “As a city I grew-up in and a district where I learned to swim and dive, I never in my wildest dreams imagined that I would have a facility named after me.

“I hope this new pool and the diving facilities in Harrogate encourage others to chase their dreams like I have.”

Councillor Stanley Lumley, Harrogate Borough Council’s cabinet member for culture, tourism and sport, and chair of the board of directors at Brimhams Active, said: “The addition of the new swimming pool is a major development for Ripon and the surrounding area and shows our commitment to providing modern leisure facilities for residents across the Harrogate district.

“Jack may not have had this opportunity if it wasn’t for his perseverance and determination, and the leisure facilities available in his hometown, so I am delighted that we have renamed the facility in Ripon after him.

“I hope this new leisure and wellness centre, and our future investment at the Hydro in Harrogate – that will include a new diving platform – will help Harrogate and District Diving Club and Brimhams Active nurture talent and create a pathway for future Olympians, just like Jack.”