Great Britain’s young divers have returned from the European Junior Championships with a total of 10 medals.

After an impressive start to the meet saw Great Britain claim five medals, they achieved a further five podium places at the competition, in Finland, Helsinki.

That ensured they finished third in the overall medal table, behind Germany and Russia.

The team claimed two gold medals with Ben Cutmore adding to the one won by Tyler Humphreys on the second day of the competition.

Fifteen-year-old Cutmore won the Boys’ B platform title by an impressive 48.35 points as he finished with a score of 429.70.

Italy’s Stefano Beloit was second on 381.35, while Russia’s Andrei Turkov claimed the bronze with 367.75. 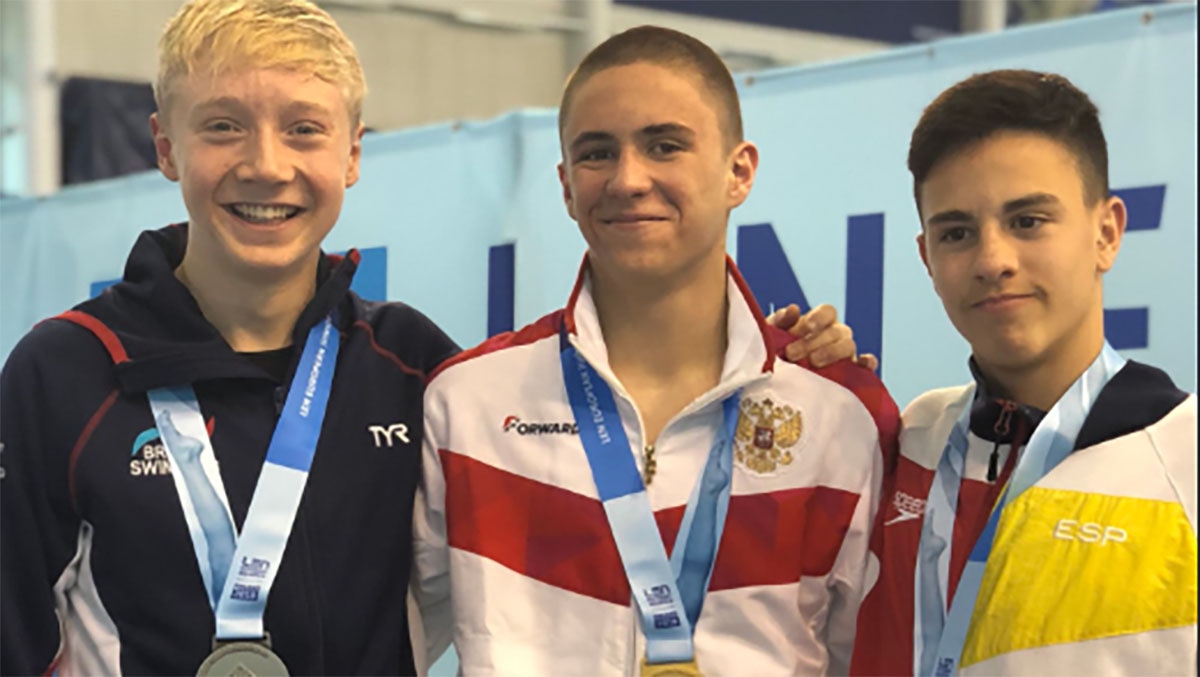 In the Boys’ A Platform, Lucas Thomson won a silver medal in an event dominated by Russia’s Ruslan Ternovoi.

Josie Zillig impressed on her first international competition and won a bronze in the Girls’ B Platform final with a score of 315.70 points.

The 14-year-old was 10.8 points behind second-placed Nicoleta Muscalu, from Romania. Italy’s Maia Biginelli took the gold medal with a total of 331.70.

Meanwhile, Humphreys won his second medal of the event as he took bronze in the Boys’ B 3m Springboard.

Russia’s Maksim Malofeev won the gold medal with a total of 459.30.

Their score of 276.84 was 5.10 points behind the silver medallists, Ukraine’s Yevhen Naumeznko and Olah Serbin. Russia’s Aleksandr Lebedev and Ruslan Ternovoi won the gold with a total of 315.06 points.

Oliver Crompton and Anthony Harding missed out on a medal as they finished fourth in the Boys’ A-B Synchronised 3m Springboard final.

They led for four rounds of the competition but failed with their final dive and finished on 278.40 – 6.51 points behind the third-placed duo.

Crompton also finished seventh and Harding ninth in the Boys’ A 3m Springboard competition with scores of 479.55 and 472.05 respectively.

In the Girls’ B 1m Springboard, Callie Eaglestone was ninth after finishing with a score of 291.65, while Victoria Vincent (344.50) and Holly Waxman (336.75) finished ninth and 11th respectively in the Girls’ A contest.