Lily Chandler finally got her hands on a Swim England Diving National Age Group Championships 2019 gold medal at the third time of asking.

After winning bronze in the 12-13 Years 1m and Platform competition, Star Diving Club’s Chandler became a golden girl in her own right with a dominant performance in the 3m contest.

Chandler, who has just finished as a member of the Swim England Diving Pathway’s Team Z Squad, said: “I was quite scared going into it but I was happy when I found out I came first.

“My required dives go quite nicely, because I have a good entry and that pushes me up a bit higher.

“My competitions definitely got better throughout the weekend and I’m happy with them all.

“This year was the first time I got a medal, so it’s nice.”

Sights on the future 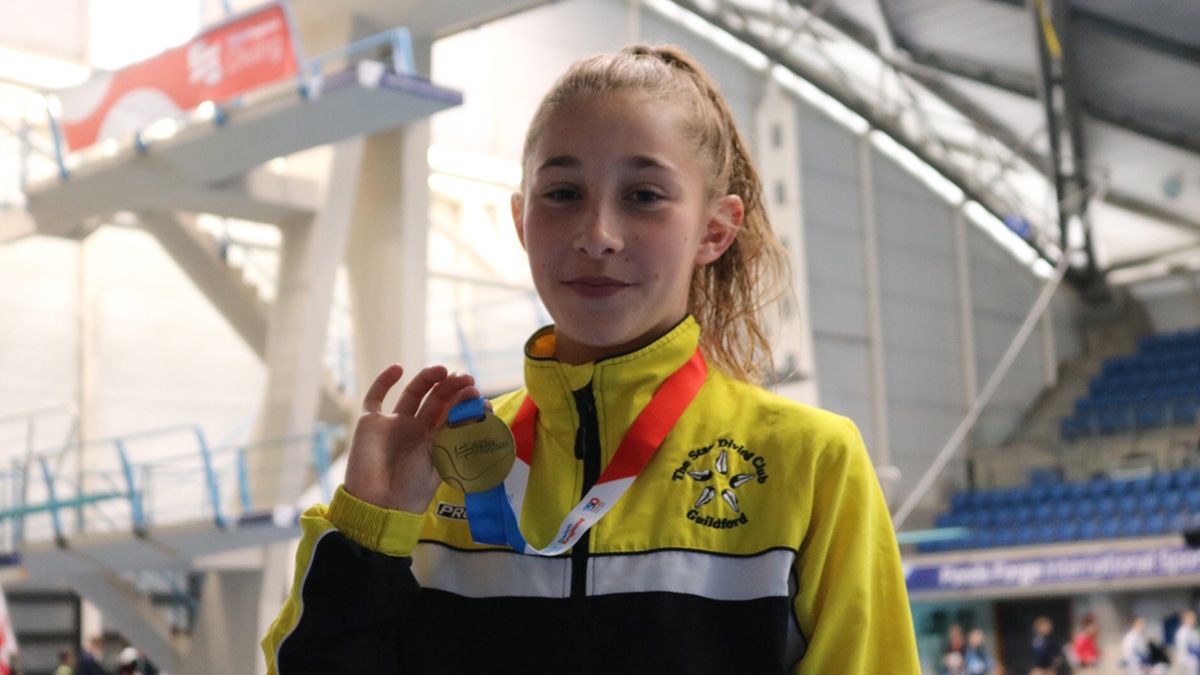 Chandler is now setting her sights on pushing for a place at the Junior Elites next year following her time with Team Z.

She added: “I’ve just finished [with Team Z]. I had my last camp a week ago.

“It was very helpful. They focus on separate things each camp and they help you with everything.

“It helps you improve a lot and it makes you think about commitments and what you’re trying to do in the next year or two.

“I’m going to try to go up to Junior Elites next year and see how that goes.”

Crystal Palace Diving Club’s Olivia Alderton, who won gold in the platform competition, had to settle for the silver medal with a score of 205.30.

Meanwhile, City of Sheffield Diving Club’s Hannah Blake, who won silver in the platform and 1m events, was third on 193.60.