Dive London’s Mew Jensen, who won her first senior domestic title at the British Diving Championships last month, made a strong start to the preliminary round in Gwangju, opening with an inward two-and-a-half somersaults for 63.00 points.

The youngster recently won silver alongside Maria Papworth at the European Junior Diving Championships, but looked comfortable on the senior international stage, sitting in ninth position after her second dive.

But back-to-back dives below 40 points hampered Mew Jensen’s hopes of qualifying for the semi-final.

Although she recovered to score 52.50 with her final dive, Mew Jensen’s total of 247.90 points left her in 26th place, with the first 18 moving on to the next round.

It capped off an encouraging World Championships debut for the 17-year-old, who finished 19th in the women’s 1m springboard. 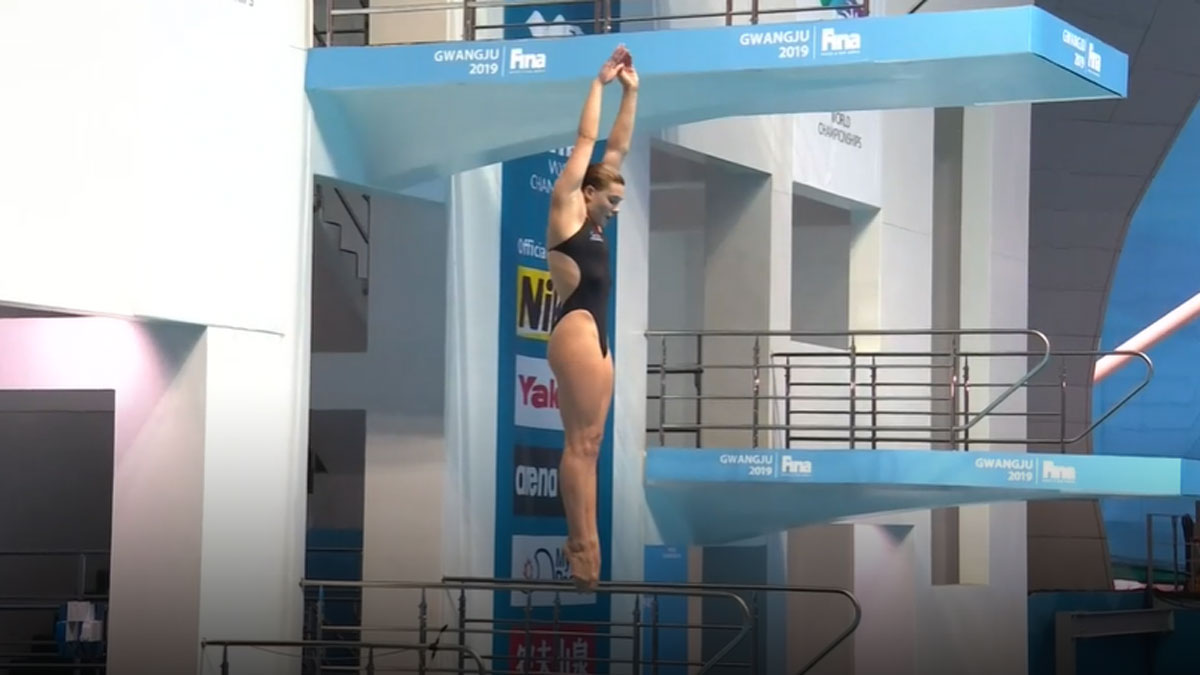 There was still joy for Great Britain as Grace Reid produced a clutch finish in the semi-final to book her place in the final and seal a place at the 2020 Olympic Games.

Reid was 14th – just outside the qualification places – heading into her penultimate dive, failing to break the 60-point barrier with her first three attempts.

But the Scot clawed her way back with a superb forward three-and-a-half somersaults for 69.75 points to move inside the top 10.

Reid again delivered with her final dive, adding to 67.50 to qualify for Friday’s final in eighth place with 300.75 points.