Albatross Diving Club claimed a one-two in the Boys’ Group A 1m Springboard at the National Age Group Championships.

Hernán Mosqueda-Jolly triumphed ahead of his team-mate Harry Healey – the only two divers to score more than 300 points.

Mosqueda-Jolly led throughout and sealed his success with an impressive forward two-and-a-half somersaults in pike which earned him 50.70.

It was his highest scoring dive in the eight-round contest and ensure he finished with a score of 302.05..

That was 1.05 ahead of Healy, who had been only 0.55 behind Mosqueda-Jolly going into the final round.

However, he had to be content with the silver medal with a score of 300.20.

Edinburgh Diving Club’s Ross Tynan won a commemorative bronze medal as he finished with a total of 299.40.

It was Mosqueda-Jolly’s second gold of the championships after winning the Boys’ Group A 3m Springboard on day two. 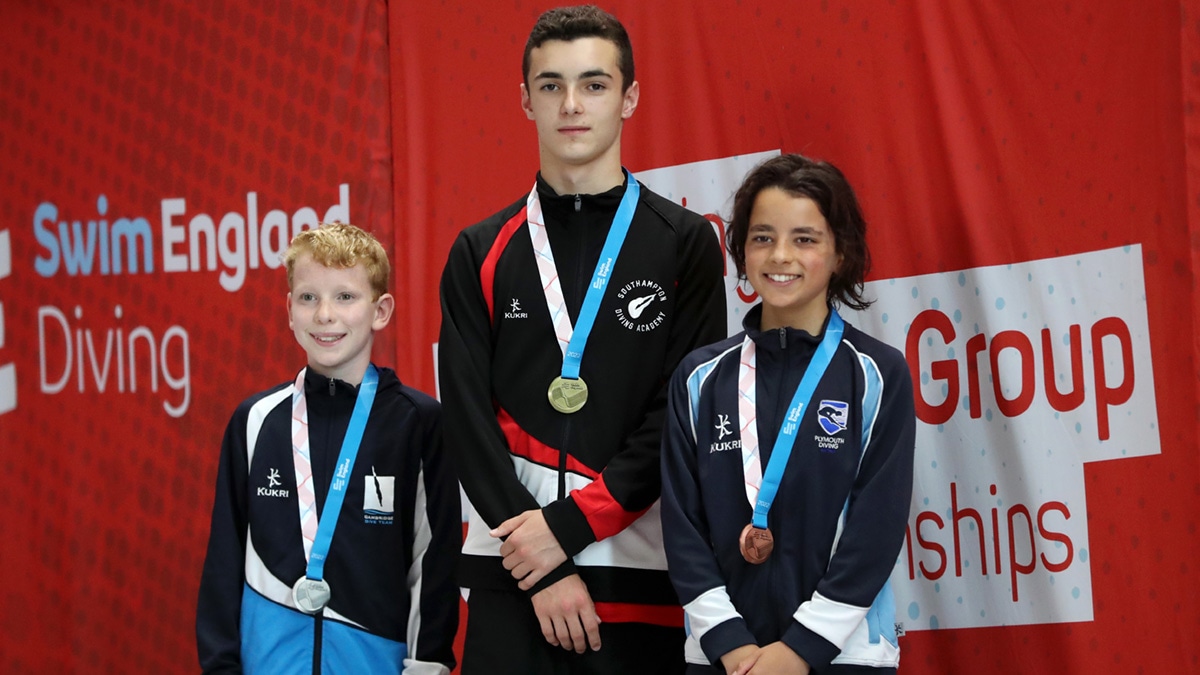 Andrei Golovatii came out victorious in a hotly-contested battle for the gold in the Boys’ Group C 1m competition.

Southampton Diving Academy’s Golovatii was in third place heading into the sixth and final dive.

However, he held his nerve among the divers in contention for the title to score 39.60 for his forward two-and-a-half somersaults in tuck in the last round.

Golovatii was 2.20 ahead of Cambridge Dive Team’s Rufus Bord, who held on to the silver medal he had one hand on going into the last round with his score of 193.40 points.

The leader after the penultimate dive was Plymouth Diving’s Noah Underwood but he could only manage a score of 26.40 in the last round and had to settle for the bronze medal. 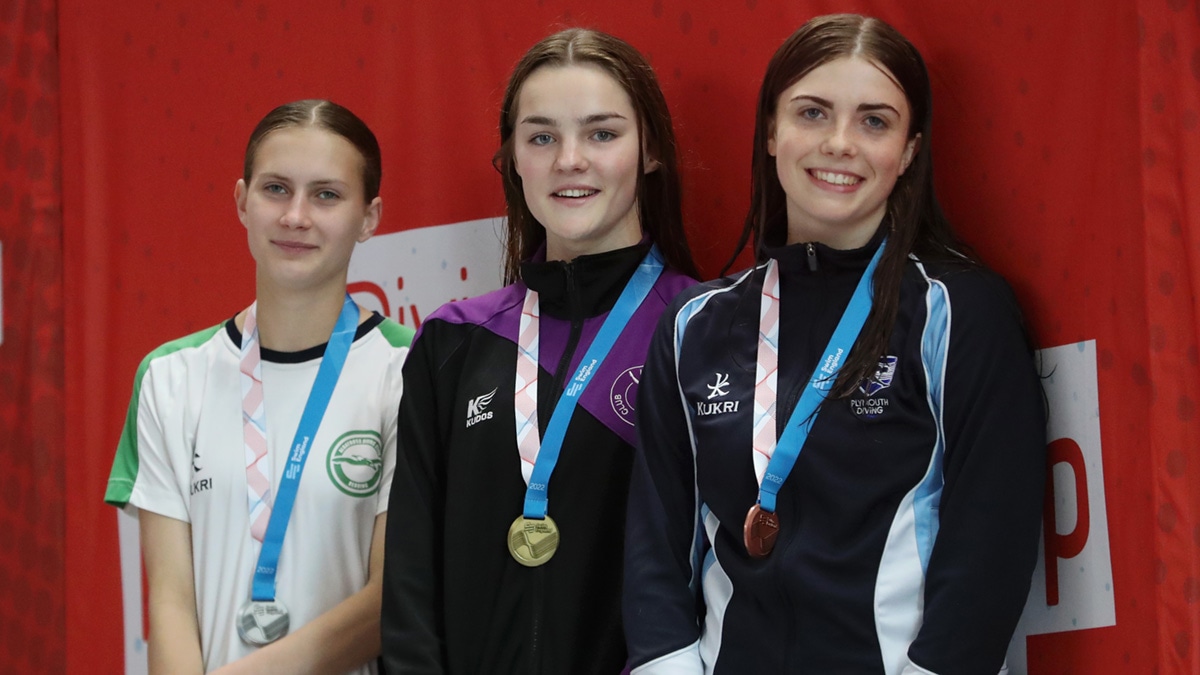 Olivia Wall won her second springboard title of the championships to seal an eighth gold medal for Luton Diving Club.

After sealing the Girls’ Group A 1m crown on day two of the event, she finished strongly in the 3m contest to top the leaderboard again.

She went in front after the sixth dive and maintained her advantage with her highest score in round seven – 44.00 for her back one-and-a-half somersaults in pike.

That ensured she was 12.40 ahead of her closest challenger – Albatross Diving Club’s Maya Peche.

Although Peche outscored Wall in the last round, it wasn’t enough to overhaul the lead.