Following on from Lucy Parker’s triumph in the morning session, Wall, Whytock and Sykes made it a total of four golds for Luton in seven events – and three from four in the afternoon’s competitions – at the Plymouth Life Centre. 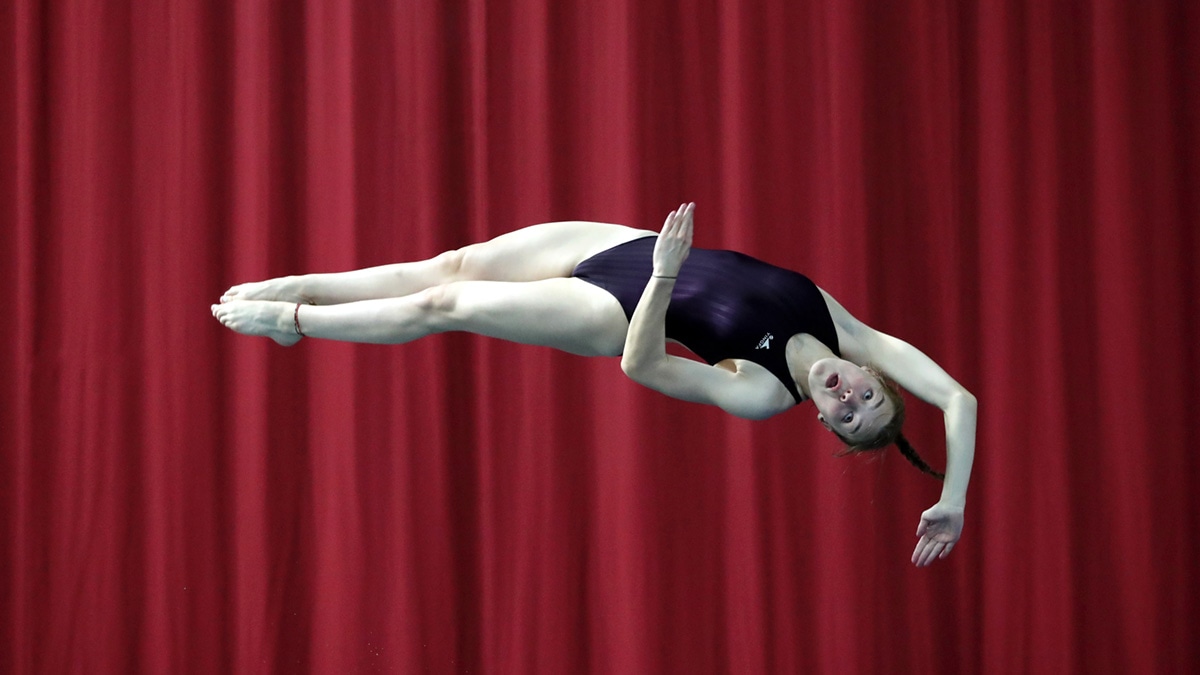 Wall’s last dive of the Girls’ A Group 1m Springboard event proved to be her best and landed her the national title.

She went into the eighth round of the contest trailing Dacorum Diving Club’s Chloe Hackett by 3.80 points.

Plymouth Diving’s Maia Pearson took the national bronze with a score of 250.95, just ahead of her team-mate Ellie Pearce who was fourth on 248.65. 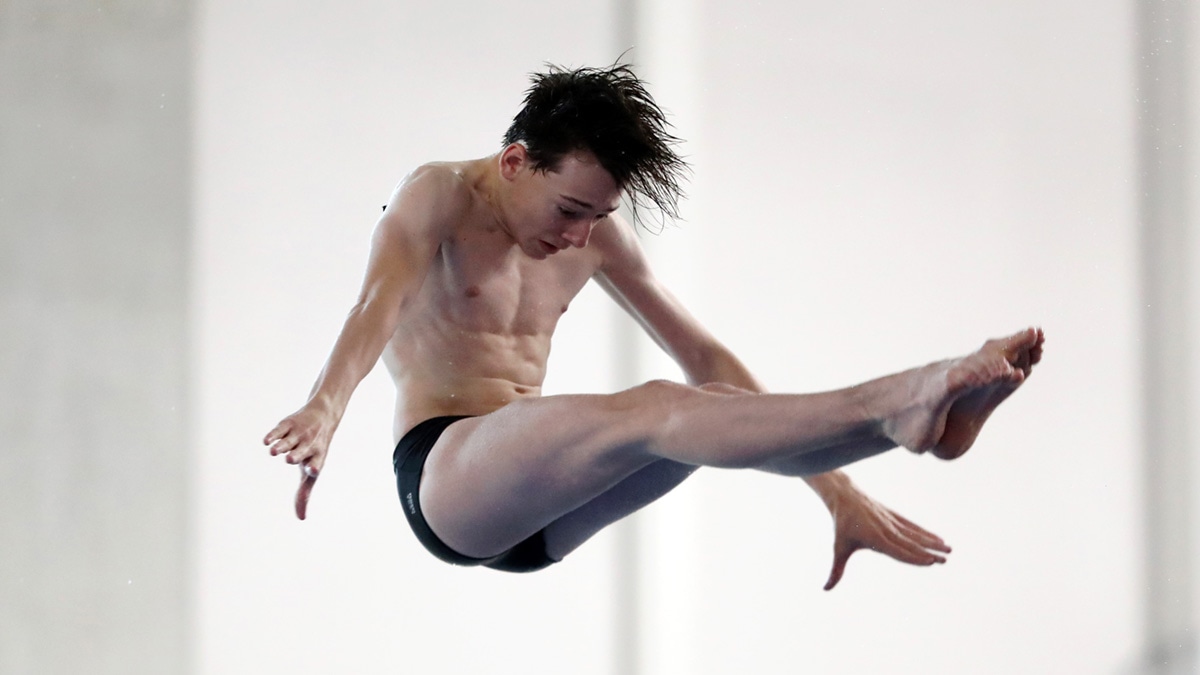 Whytock found himself in second sport heading into the seventh and final round of a pulsating Boys’ Group B 3m contest which saw the lead change hands a number of times.

That was largely down to City of Leeds Diving Club’s Daniel Chase scoring an impressive 54.60 for his back two-and-a-half somersaults in tuck which meant he topped the leaderboard heading into the last dives.

Whytock was five points adrift – despite scoring 49.00 for back one-and-a-half somersaults, two-and-a-half twists in the penultimate round.

However, he followed that up with a score of 48.00 for his forward two-and-a-half somersaults in pike – 8.80 ahead of Chase’s last dive.

City of Bradford Esprit Diving’s Joseph Verity was the early pacesetter and was in front after three rounds but he had to eventually settle for the bronze medal with a score of 262.70. 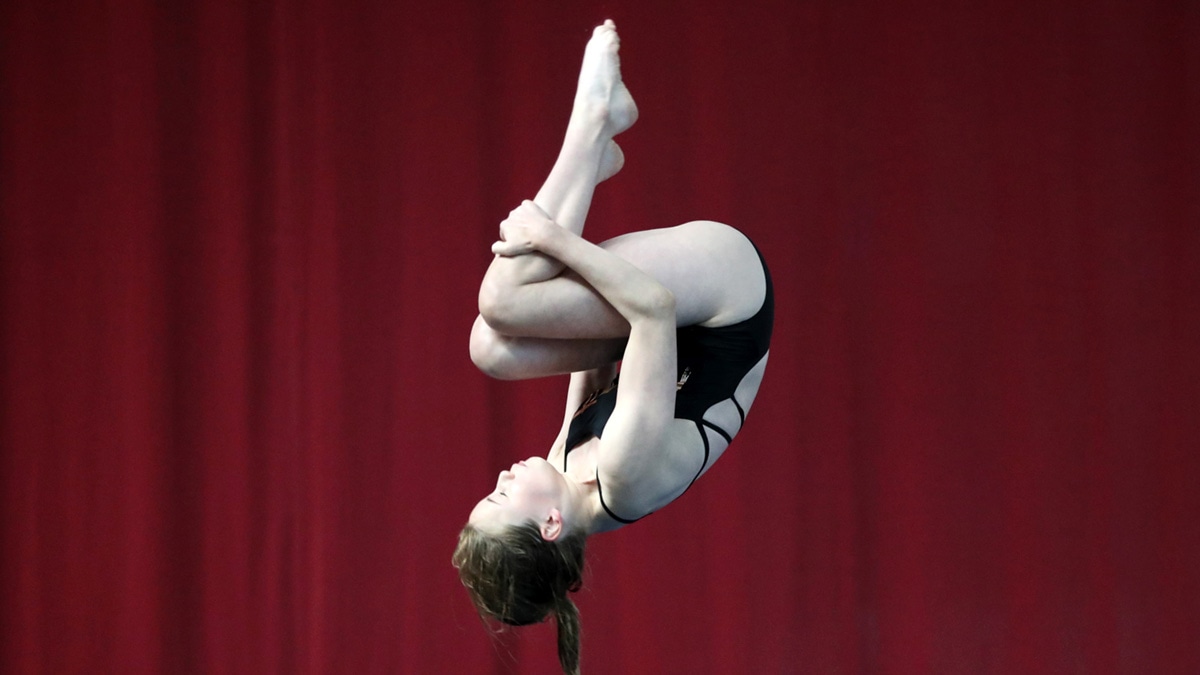 Sykes rounded off her Girls’ Group C 1m Springboard campaign in fine fashion with her highest score of the competition.

It left her 7.75 points ahead of her nearest rival for the top spot, City of Leeds Diving Club’s Kate Gardner who claimed silver on 201.20.

Gardner had pushed Sykes for the gold, scoring 45.60 for the same dive but it was just shy of what she required to win the title.

Southend Diving’s Alice Billton was third with a total of 194.85.

Albatross Diving Club’s Hernan Mosqueda-Jolly was crowned national champion in the Boys’ Group A 3m Springboard – but almost had the gold taken from his grasp in the final round.

After picking up a silver in the Boys’ Group A/B 3m Synchro, Mosqueda-Jolly went one better with a slender 0.15 point winning margin.

He scored only 28.00 in the eighth and final round for his back two-and-a-half somersaults in tuck.

However, it proved to be just enough as the advantage he had built up in the previous rounds was enough to hold off  a late challenge from Southampton Diving Academy’s Kai Lanham.

Lanham’s Southampton team-mate Isaac Beard was third with a score of 271.40.

Meanwhile, Edinburgh Diving Club’s Ross Tynan won a commemorative gold medal having been the only diver to break the 300-point barrier with a total of 342.10.