Parker produced a series of consistent dives to be crowned champion in a stacked field of 32 entries in the Girls’ Group B 3m Springboard final at the Plymouth Life Centre.

She was joined on the podium by her team-mate Hannah Brockie, who snatched the bronze with her best and final of the seven-round competition.

Lyra Guise Tucker separated the Luton pair as she claimed the silver medal.

It was Parker and Tucker’s second gong of the championships after they paired up in the Girls’ Group A/B 3m Synchro on the opening day of the competition and finished second. 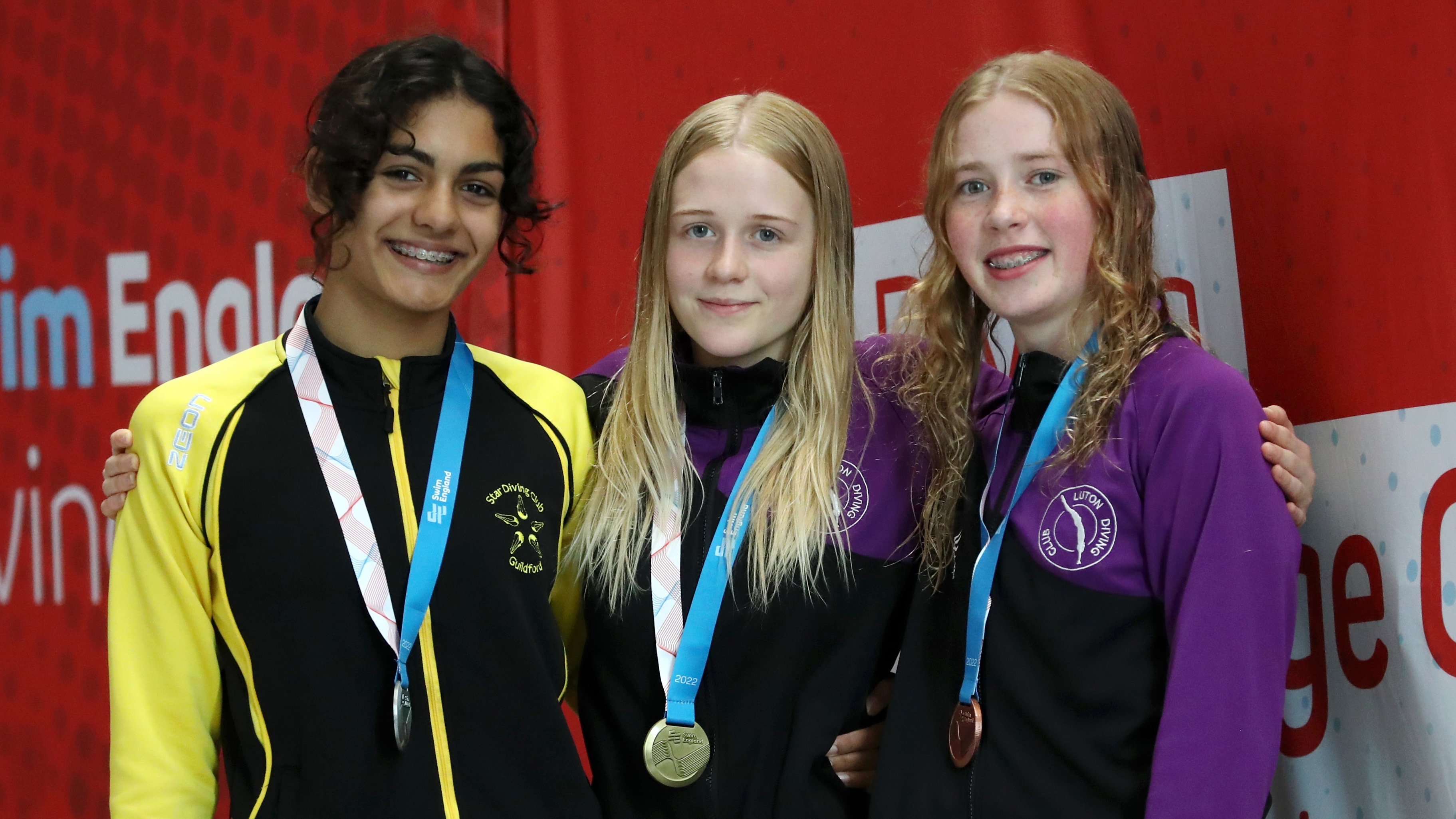 Parker achieved four scores in the forties, with her highest total of 46.80 for her forward two-and-a-half somersaults in pike coming in the penultimate round which cemented her place at the top of the leaderboard.

At that stage, her closest challenger for the title was Dive London’s Millie Rowell who suffered highs and lows in the final two rounds.

She achieved the highest score in the whole competition in round six after being awarded 51.30 for her inward two-and-a-half somersaults in tuck.

However, she slipped out of the top three following a disappointing final dive and Tucker and Brockie took advantage to take the silver and bronze medals.

Alex delivers in second half 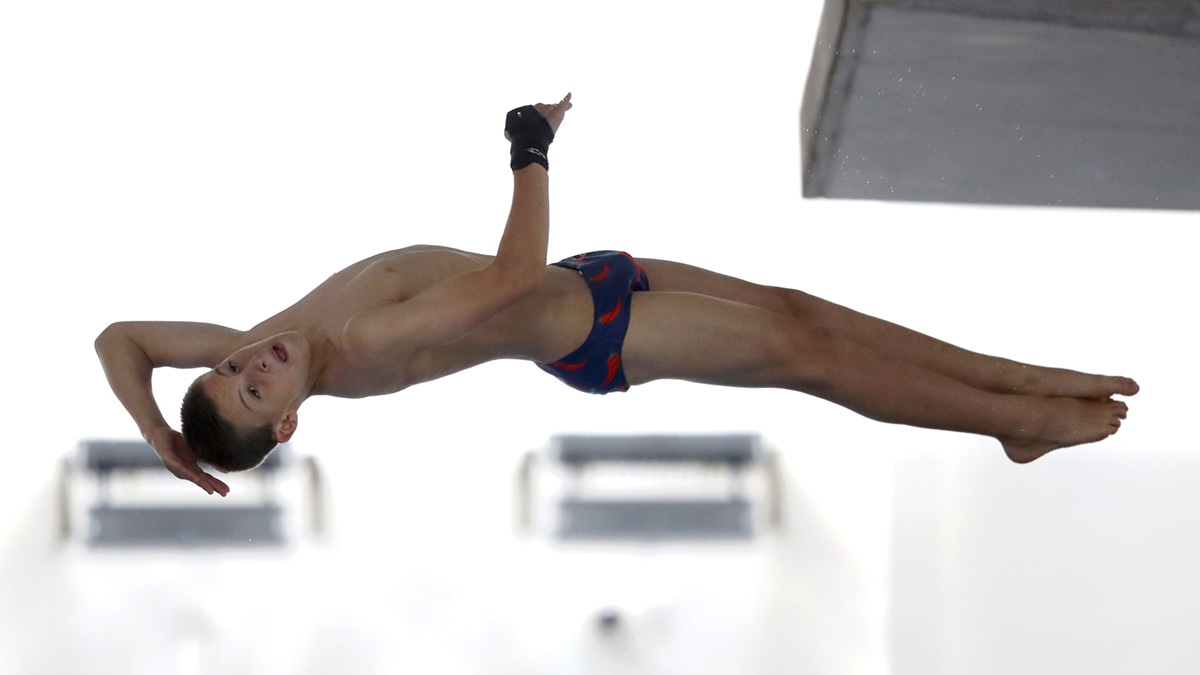 Whittaker was in contention for a podium place throughout but was lying in third place after three rounds of the competition.

He delivered when it mattered and finished with three high-scoring dives to claim the gold medal with a score of 206.30.

He was the only competitor in the field of 11 to break to 200-point barrier and did so with his best dive of the event in the final round.

His inward two-and-a-half somersaults in tuck was worth 45.90 and ensured he finished 10.95 ahead of Luton’s Finn McFarlane, who won the silver with a total of 95.35. 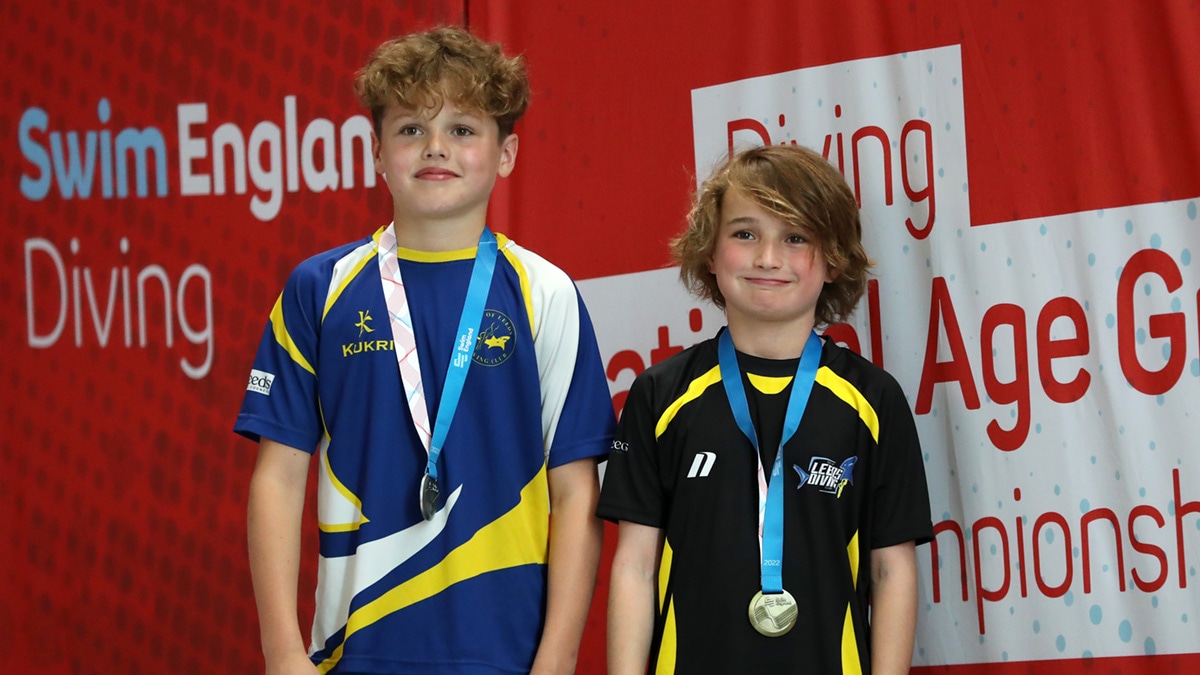 Wheeler took the gold by 4.35 points in a closely-contested final between the pair.

Airey made the better start and was 0.10 points head after the opening two rounds.

However, Wheeler opened up an advantage in round three after scoring 33.15 for his reverse dive in pike and he never looked back.

The gap was closed by Airey in round four as he achieved his highest mark of 37.00 for his back one-and-a-half somersaults in tuck.

Wheeler held his nerve in the final round, though, to finish on 150.70 after achieving a score of 33.00 for his back one-and-a-half somersaults in tuck, with Airey not far behind on 146.35.

Imogen leads from the front 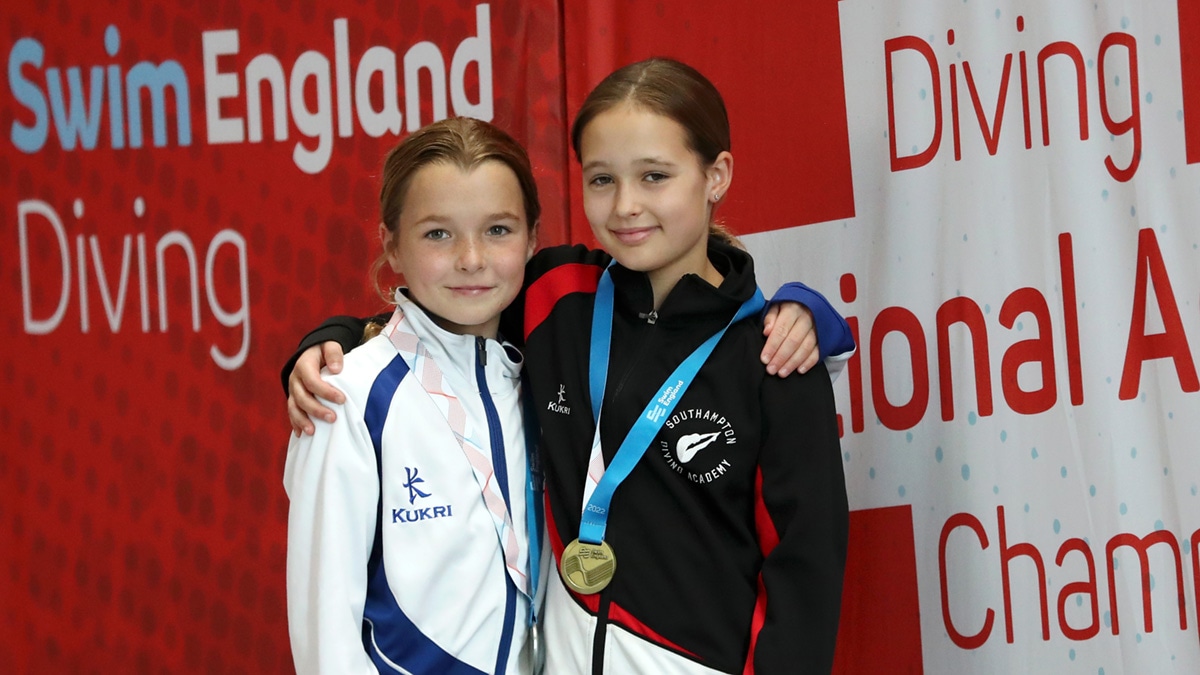 She scored 174.80 for her series of impressive dives which all achieved 30-plus totals.

Her final dive proved to be her top scorer as she was awarded 39.60 for her inward one-and-a-half somersault in pike.

Southend Diving’s Alice Murphy was the silver medallist, finishing on a score of 131.80.

She also saved her best until last, scoring 35.20 for forward one-and-a-half somersaults, one twist.