After celebrating victory in the Girls’ Group C 1m event on day two, Sykes continued her impressive form by topping the podium in a thrilling 3m competition.

It was a fifth gold medal of the championships for Luton Diving Club but Sykes left it late to claim her narrow victory.

She was in fifth position after the penultimate round of the event but climbed to the top of the leaderboard following her inward one-and-a-half somersaults in pike. 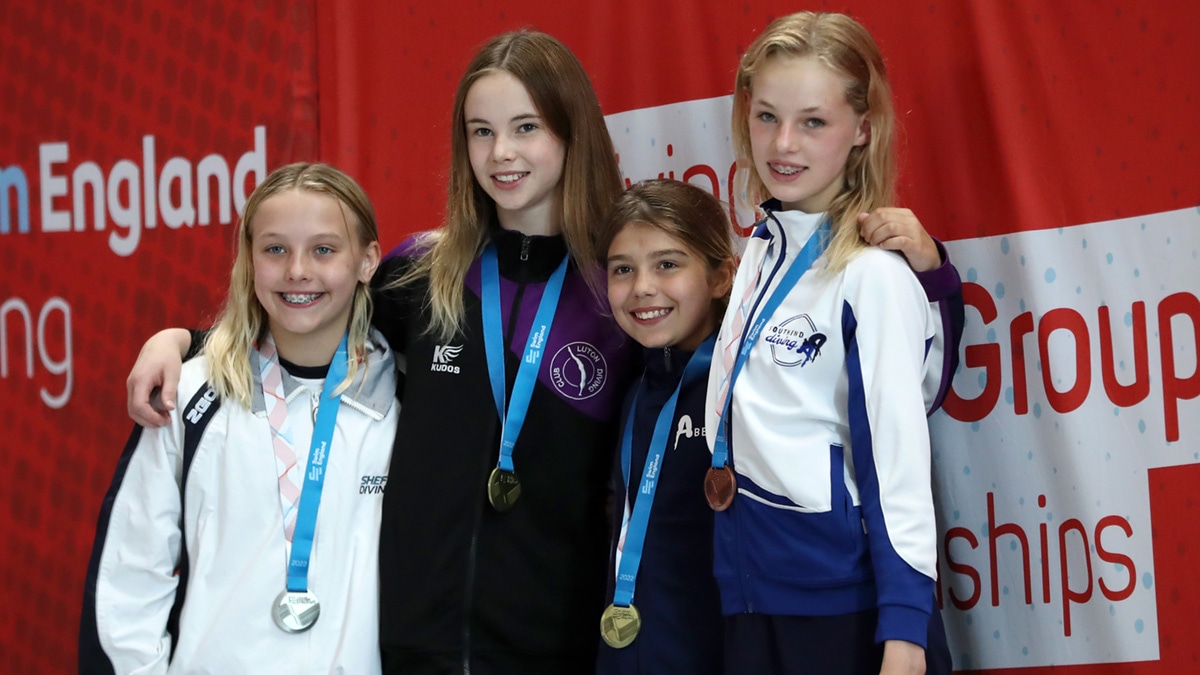 City of Sheffield Diving Club’s Bruce was first after the fifth round but despite scoring 34.10 for forward two-and-a-half somersaults in tuck, it was not enough to overhaul Sykes.

The bronze medal went to Southend Diving’s Sadie Stratford, who had also been in contention for the gold medal throughout.

She and Stratford had traded places throughout the competition but she eventually finished on a score 193.90, only 2.95 behind Sykes.

Only one diver in the 26-strong field went through the 200-point barrier to win a commemorative gold.

Aberdeen Diving Club’s Jade Hendrie was the top of the leaderboard from round four and finished with a total of 201.60.

Second titles for Imogen and Felix 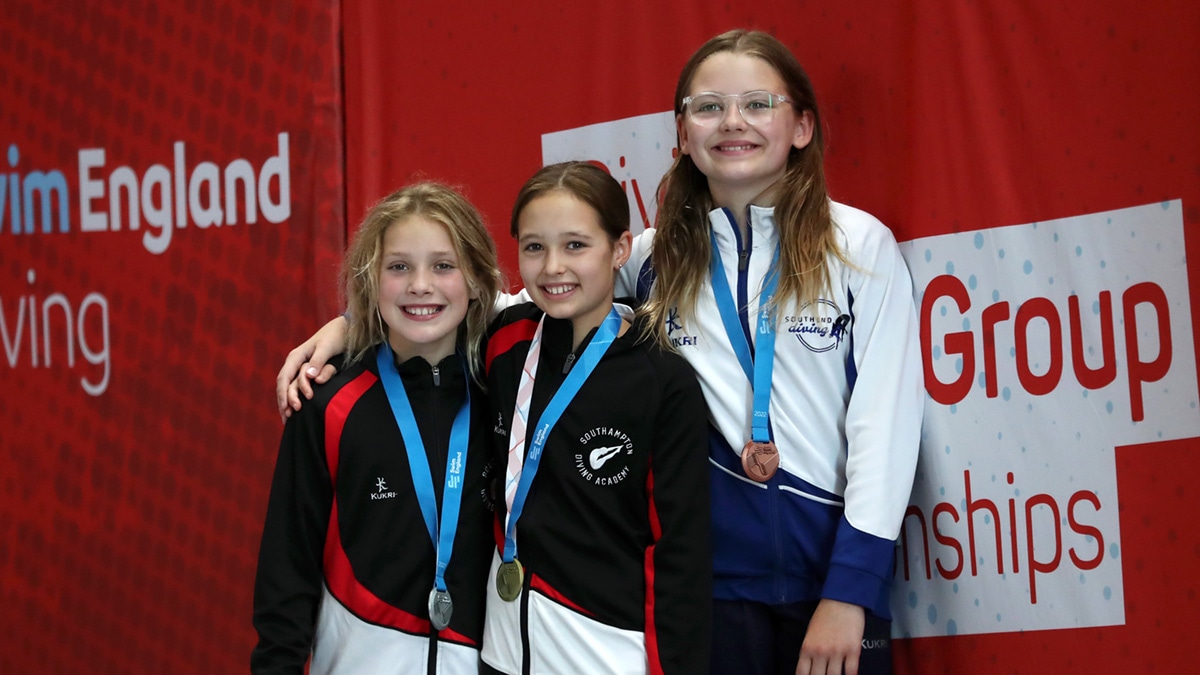 Imogen Poole and Felix Wheeler also claimed their second gold medals of the championships as they triumphed in the Group D 1m Springboard events.

Southampton Diving Academy’s Poole led from start to finish in the girls’ contest.

Poole had triumphed in the Girls’ Group D Platform 24 hours earlier and got off to a flying start, scoring 34.85 for her forward one-and-a-half somersaults in pike.

She followed that up with her highest score of the event in round four, earning 39.60 for her inward one-and-a-half somersaults in tuck. 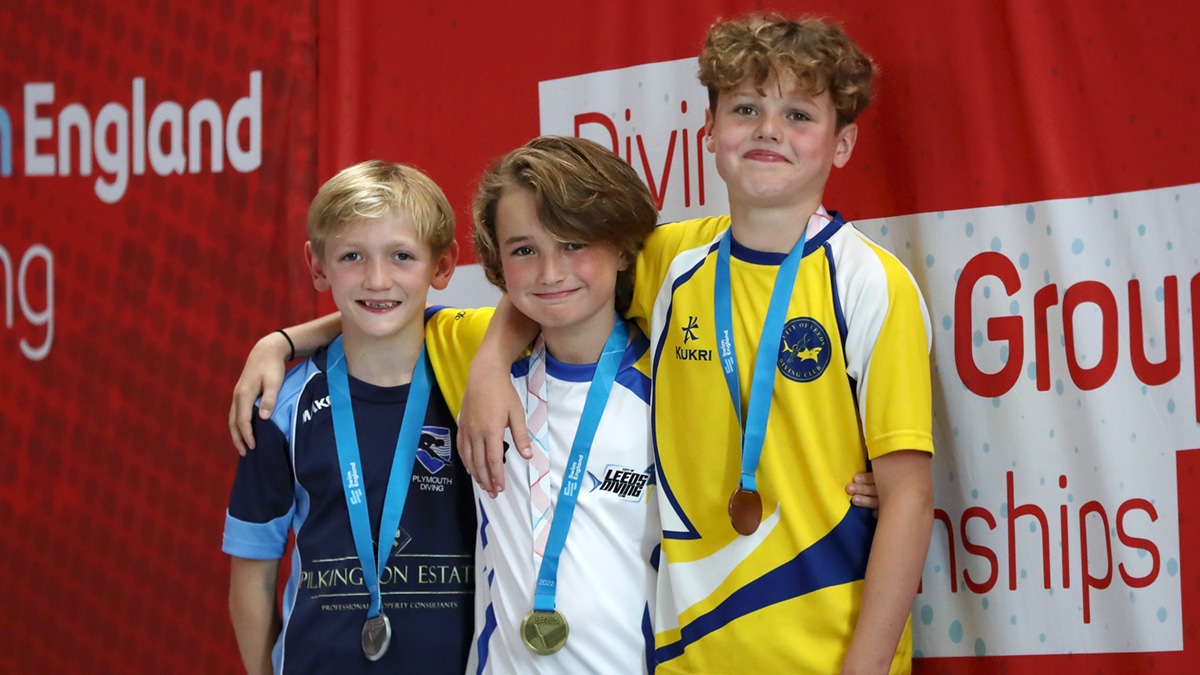 In the boys’ competition, City of Leeds Diving Club’s Wheeler triumphed by 5.50 points after scoring 144.10.

He also was ahead from start to finish, with his best dive coming in round three as his back one-and-a-half somersaults in tuck was worth 37.00 points.

Plymouth Diving’s Harry Westbury was second with a total of 138.55, while Wheeler’s team-mate Ralph Airey was third on 132.70.