Southampton and Guildford at the double at National Skills Finals

Southampton Diving Academy and Star Diving Club Guildford were the big winners on the second and final day of the 2022 Diving National Skills Finals.

Both Southampton’s and Guildford’s divers won two golds each to claim four of the six titles on offer at the John Charles Centre for Sport in Leeds.

It was Guildford who had the bigger haul of the two clubs however in thanks to the one-two finish in the Group B+ Girls category.

The duo of Eva O’Reilly and Tegan Fookes dominated the rest of the field as the pair stormed clear of the chasing pack, finishing almost 40 points clear by the end of the event.

It left the two Guildford divers to duel it out between themselves for the top prize with O’Reilly just pipping her teammate by just over four points.

Dacorum Diving Club’s Scarlett Hallam was best of the rest to take bronze with a well-respected total score of 320.85.

It was in the opening contest of the afternoon session when Guildford picked up their first gold medal of the competition however with a win in the C1 Boys event.

Leo Robinett was the diver who took that gold for them with a total score of 322.00 points for his twelve dives.

It was a controlled display from Robinett, who got himself into an early lead after back to back dives in round three and four that scored over 30 points apiece.

From then on he managed his lead expertly, doing enough to keep a comfortable gap to the divers behind as he took gold by 8.20 points.

City of Leeds Diving Club’s Archie Isbell and Moss Lever completed the podium to make it a double medal haul for the hosts. 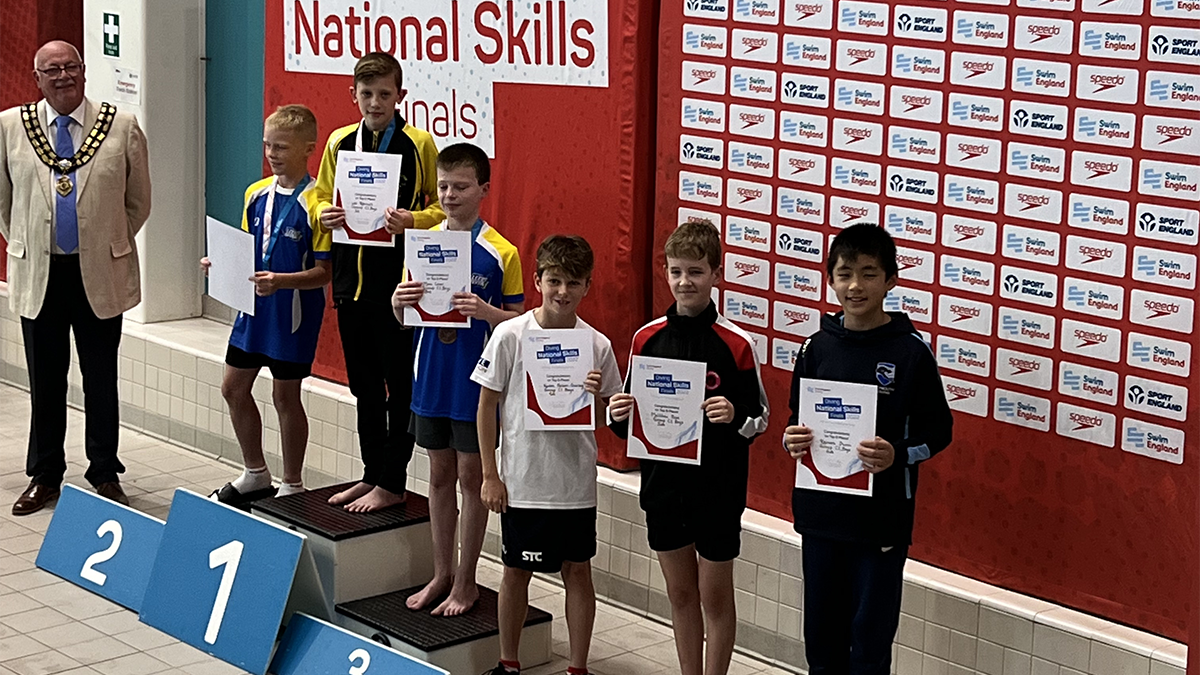 The competition rounded out with Southampton Diving Academy grabbing gold in the Group B+ Boys category after an incredibly close finish.

It was Ryan Spiteri that came out on top, scoring 327.95 from his ten dives.

There was a nervy finish for Spiteri however as he was chased right until the final dive by the City of Leeds pair Lucas Mosely and Joseph Roberts.

After an impressive display all competition long, Spiteri had a healthy lead before finishing with his lowest scoring dive of the competition that earnt him just 24.65 points.

Roberts was just ten points behind Spiteri before the pairs final dives and scored 30.80 that left him just two points off the title.

Mosely got even closer to Spiteri’s total, nailing his final dive to score a massive 41.80 to take him to a total of 326.30.

Josh Crowley was the hero for Southampton earlier on in the day as he brought home the title in the Group C2 Boys event.

Crowley broke the elusive 300-point barrier to take gold with a score of 301.85.

It led him to a comfortable win as he was over 15 points clear of his nearest challenger, David Tomlinson.

City of Leeds diver Tomlinson scored 286.55 to take silver ahead of Plymouth’s Louis McCue who was third (280.50). 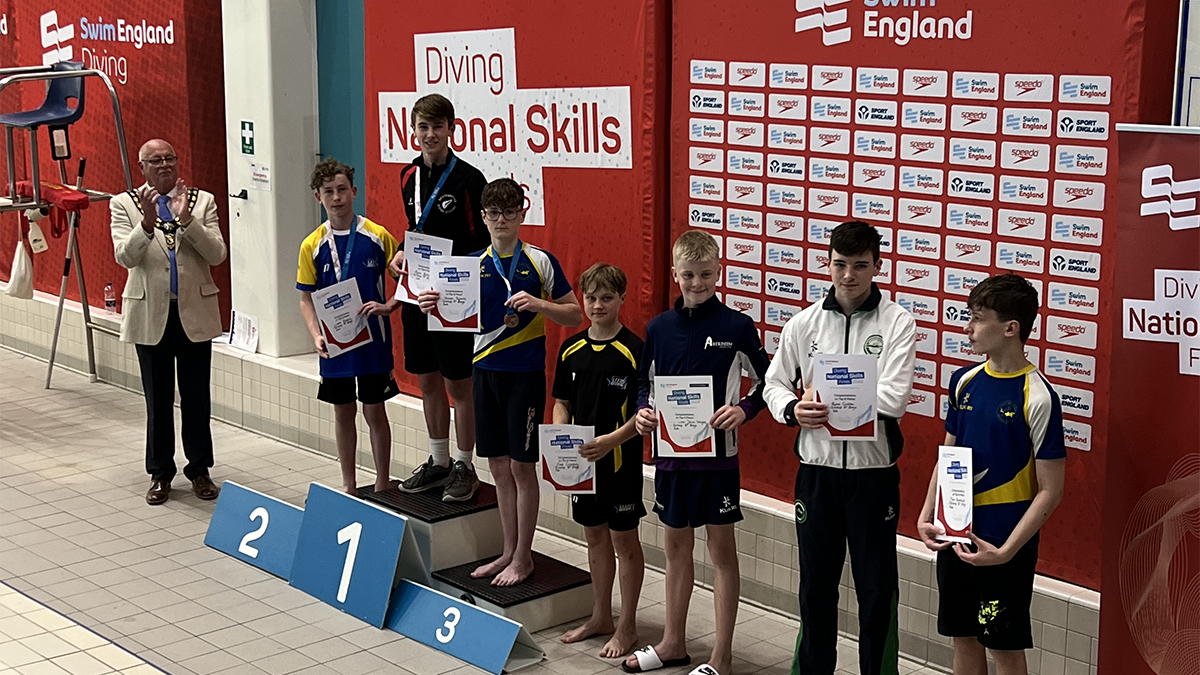 In the morning session Sheffield Diving started off the day with a double podium in the Group D1 Girls event.

Cole asserted herself into a secure lead after the midway point in the competition, taking gold with a total score of 283.85.

She took the title by eight points in the end, ahead of Dive London Aquatics Club’s Alice Morskyj.

Morskyj split the two Sheffield divers after a tight battle with Kesteven-McGrath who she beat by just 0.40 points.

Morskyj’s second to last dive that scored 30.40 points was the difference between silver and bronze as it extended the gap between the pair by just enough to ensure she claimed the silver.

Kesteven-McGrath earned bronze with a total score of 275.45 for her twelve skills. 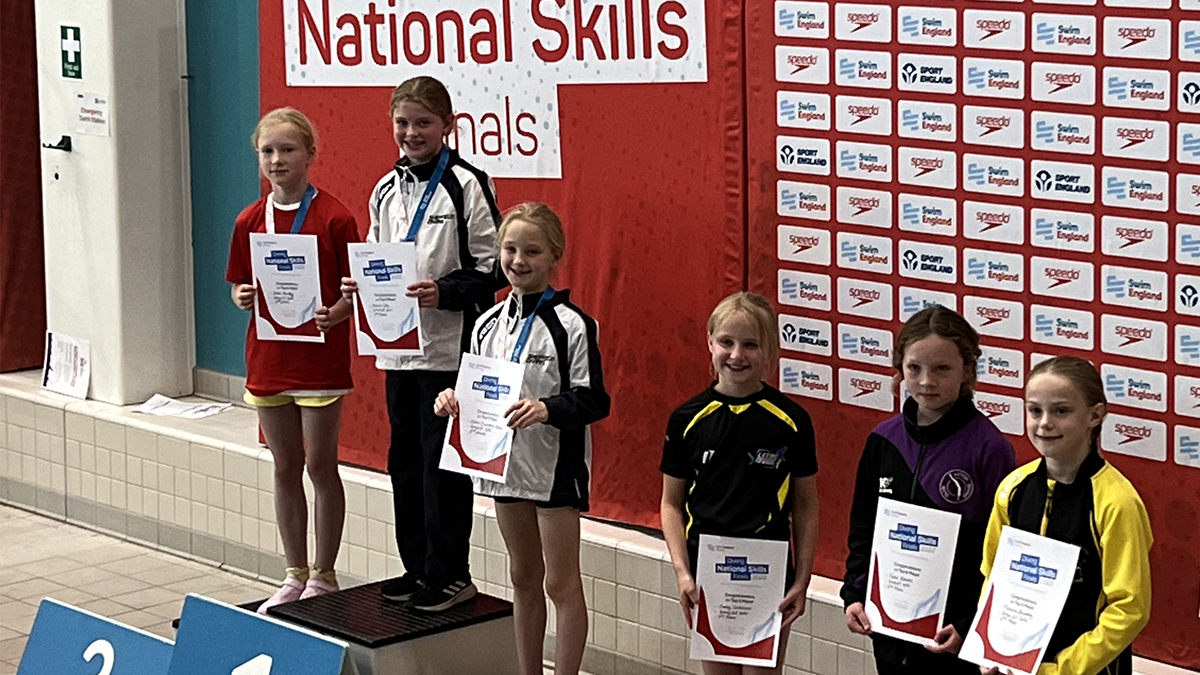 Another gold for Luton

In the Group D2 Girls Luton Diving Club got another gold medal with Daisy Dwyer taking the win by just under ten points.

Star Diving Club Guildford got their first medal of the weekend when Sophia Harris came out on top over the rest of the field to take the silver.

Harris scored 292.85 for her twelve dives with Southend Diving also got themselves on the medal board when Lyla Rising won bronze (287.35).

It adds to Luton’s three golds that they took yesterday.

You can see the full results from the weekend here.