Olympic diver Sarah Barrow is to lead an exciting new project to help develop diving in the West Midlands region in the run up to the 2022 Commonwealth Games.

The two-time European champion has joined Swim England as Diving Development Officer and will be looking to use the Games in Birmingham as a springboard to help promote the sport in the region. 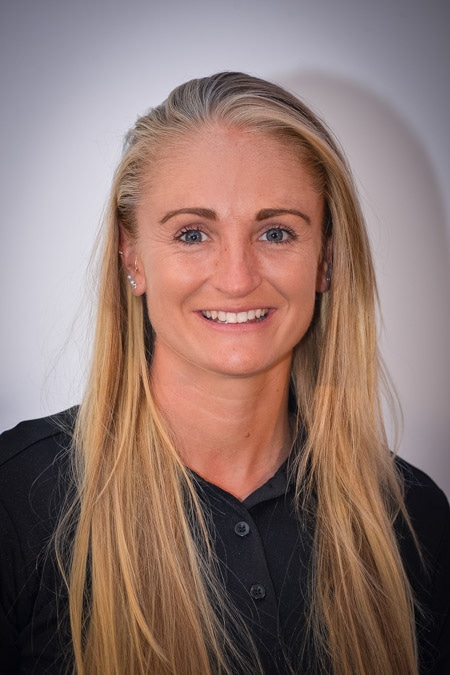 Sarah, who competed at the London 2012 and Rio 2016 Olympic Games, will also provide maternity cover for Swim England National Development Officer Becky Walker, supporting clubs and programmes across the country.

But it is the West Midlands Diving Programme which will be the main focus of her work and she is relishing the opportunity to develop the sport in the region in the run up to the Commonwealth Games and beyond.

There are currently three pools in the region that have diving facilities.

And with a pool being built in Sandwell to host the swimming and diving competitions for the 2022 Commonwealth Games, the area will soon have one of the newest facilities in the country.

Sarah, who had previously been working in Dublin as a Diving Programme Manager and Senior Coach, said: “This gives us an opportunity to start developing the sport in the area in the run up to the Commonwealth Games.

“When there is a major competition such as this, we get a lot of people asking ‘where can I go diving’? We want to get ahead of the game and be prepared for the spike in interest we are going to get.

“What I enjoy is getting youngsters involved in the sport, especially in an area where they do not know much about it.

“It’s a great opportunity to develop grassroots diving across the West Midlands and we’ll be looking to maximise the potential of the purpose-built facility at Sandwell for the Commonwealth Games.”

Sarah, whose role is in partnership with the Swim England West Midlands region, said the project will involve visiting local schools and community groups to hopefully inspire a new generation of divers.

They will get the opportunity to take part in the Swim England START Diving programme and potentially progressing to the talent pathway.

Sarah, who retired from competitive diving after the Rio Olympics, added: “It’s going to be great to work on such a lasting project for the West Midlands region.”

Further details about the project will be announced in the near future.