He denied Luton Diving Club’s Alfie Whytock a hat-trick of national titles by only 0.5 points – and  said he would be celebrating by tucking into a bacon sandwich!

The 13-year-old was in the top three throughout the competition and despite a late surge from Whytock, he managed to hold onto the gold medal. 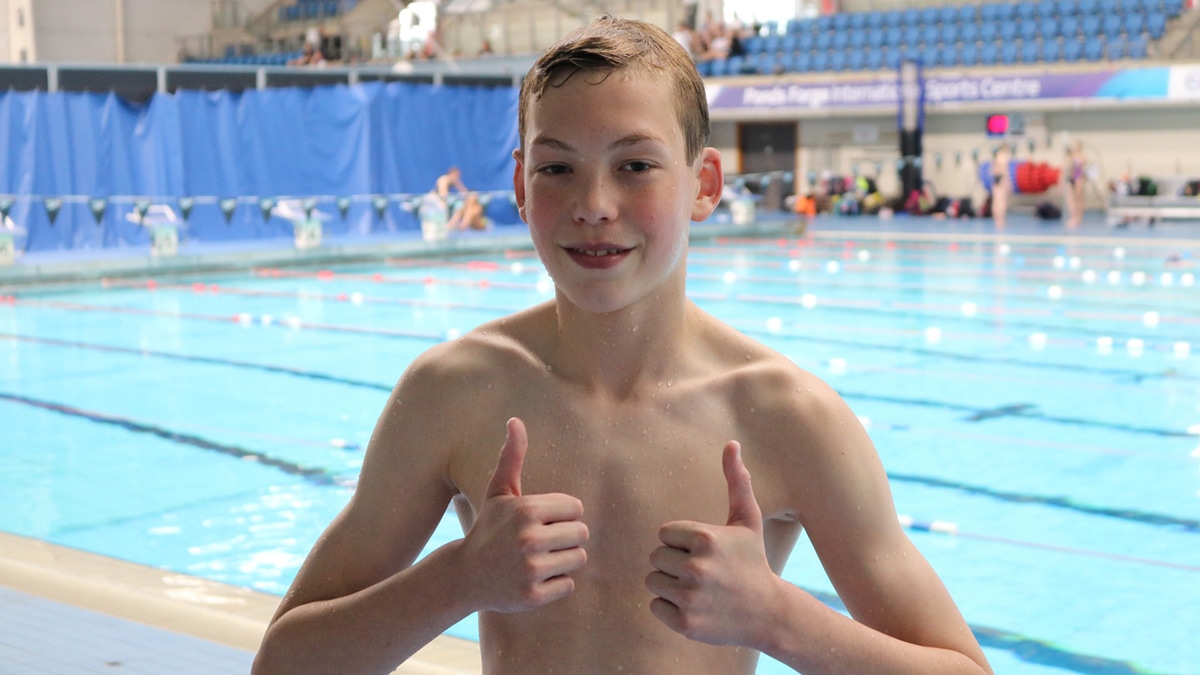 He said: “I just felt like I needed to step up on the last dive and I did. I deal with the pressure really well.

“If I was dropping behind, I had a better dive to get up a bit.

“I was shocked [to see the score]. I thought I’d be second, but I was first.

Whytock, who won gold on the opening day in the 1m synchro and followed that up with victory in the platform competition, didn’t get off to the best of starts but clawed his way through the field.

He was 15th after the first round, seventh after round four but his final two dives of the event were his best of the contest and ensured he took silver with a score of 190.95.

Dive London Aquatics Club’s Hamish Patel was the bronze medallist after finishing in 189.60.

A commemorative gold medal was presented to Aberdeen Diving Club’s Noah Penman, who scored 30 points or more in five of his six dives to finish with 198.25 points.