Great Britain’s young divers have come away from a ‘very successful’ European Junior Diving Championships with an impressive medal haul.

The team of 12 athletes collected nine medals in total and an array of high-ranking finishes while competing in Croatia.

After an initial win from Tyler Humphreys and a bronze medal for Tilly Brown, the team continued their medal-winning display.

A conclusive win for Maisie Bond in the Girl’s B Platform event added to the gold medal for Team GB which Humphreys collected earlier in the competition.

Bond’s score of 353.00 proved too much for her competitors to match as she won the event by a convincing 14.75 points.

She completed her display with a Reverse 2½ Somersaults with Tuck (61.60 points) to cement her win over Kseniia Bailo of Ukraine (338.25 points). 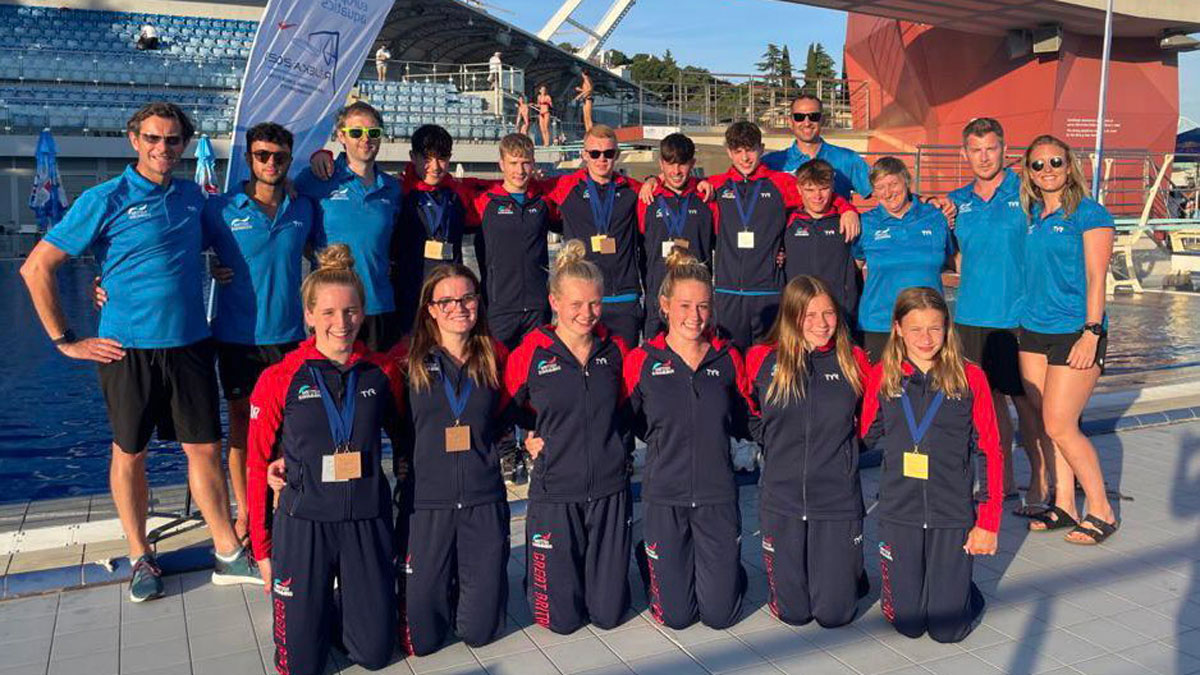 McCabe, Brown, Baker and Humphreys do the double

Four athletes who came away from the meet with two pieces of silverware were Humphreys, Brown, Leon Baker and Euan McCabe.

McCabe secured a bronze medal in the Boy’s B Platform event with a score of 410.55 points. He was less than three points behind second-place finisher Kirill Boliukh of Ukraine (413.55), while Russia’s Nikita Kudryavtsev won the final with 436.40 points.

The pair of Ben Cutmore and McCabe also delivered an impressive performance to get themselves on the podium in the Boy’s A/B Synchro Platform event.

Brown improved on her previous podium finish with a silver medal in the Girl’s B 1m final. Her performances racked up a total of 341.55 points with the highest-scoring dive coming in the first round.

Her highest-scoring dive was an Inward 1½ Somersaults with Pike which saw 51.60 points appearing on the scoreboard.

An individual silver medal from Baker in the Boy’s B 3m final added to a later bronze medal that himself and teammate Humphreys won in the Boy’s A/B 3m 3m Synchro final.

In addition, Luton Diving Club’s Amy Rollinson also came away with a bronze medal in the Girl’s A 1m final after qualifying in eighth position for the final.

Her final score of 395.30 greatly improved on her mark of 359.85 from the preliminaries and saw her beating out Germany’s Jette Muller for the bronze medal.