The Dive London athlete produced a superb display of diving in the final in Hungary, scoring 590.95 to win gold by 5.7 points from Olympic champion Chen Aisen.

It also brought his second medal of the day with the 23-year old finishing second in the Mixed 3m Synchro silver alongside Scotland’s Grace Reid.

And Daley admitted his performances in Hungary had helped banish the memories of last year’s Olympics in Rio, where he dropped out at the semi final stage.

To beat the Olympic champion does feel nice

“To beat the Olympic champion does feel nice,” said Daley. “Knowing my score today would have won gold in Rio makes me feel good and helps put Rio to bed.

“I know that I can win and that’s going to help me on my journey to Tokyo.

“To be able to go out there and deliver when it matters is something I’ve really been working on. I don’t want to get ahead of myself and I want to remain consistently steady in the top positions.

“I would never have thought I would win three world titles but today helps me continue to keep working hard and focused knowing I can still perform at my best.” 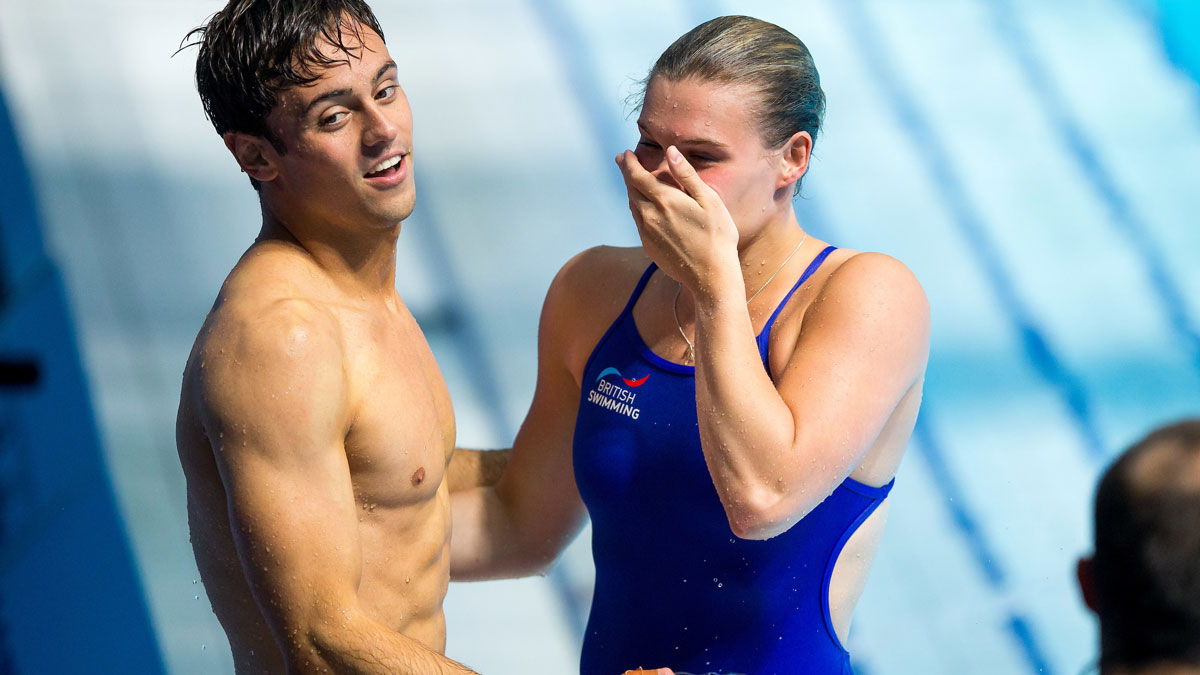 While Daley isn’t known individually for his performances from the 3m Springboard, it was no surprise to see him and Reid on the podium in the synchronised event.

The pair won the European title in front of a home crowd in London last year, and Reid has been in the form of her life in Budapest, finishing fourth in the individual 3m.

The British pair ultimately scored 308.04; shy of their tally from London last year, but enough for second behind China’s Wang Han and Li Zheng (323.70).

City of Leeds’ Matty Lee was the only other English diver in action on the final day of diving in Hungary.

The British champion and European bronze medallist was well below his best form as he finished 12th in the 10m final.

Lee has underlined his ability and potential in Budapest, winning Mixed 10m Synchro silver with Lois Toulson before qualifying seventh from the individual 10m prelim then scoring 472.35 to finish fifth in the semi.

But his final effort never really gathered momentum as a sub-70 point dive in the third round and a last dive for just 49.95 saw him finish on 423.55.