The teenagers’ result brings the British team their first 10m Synchro medal at a World Championships since Pete Waterfield and Leon Taylor won bronze in 2005.

“We feel really good right now,” said 19-year old Lee. “China are so strong and it’s tough to beat them but we knew we just had to keep calm and focus on ourselves. It feels so great to win that silver medal.

World Championships debutante Toulson, 17, added: “It was amazing to win that silver. We’re a really good partnership. We both train in the same place and we’re really good friends which really helps.” 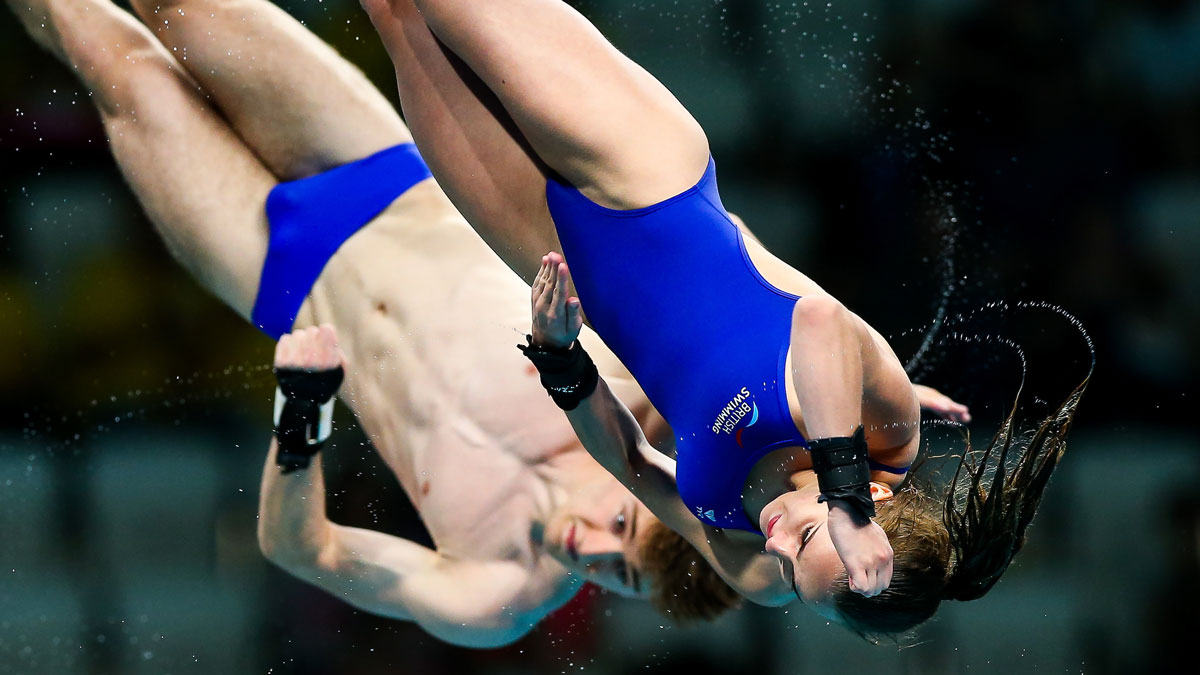 Lee and Toulson have been untouchable in the Mixed 10m Synchro event this season.

They won domestic titles at the National Cup and British Championships then claimed the European crown in Kiev last month.

But there was further improvement at this year’s showpiece event as the Brits sailed past their score of 308.16 from Ukraine.

While they lay sixth after the opening two required dives, the English pair jumped into fifth with their first optional, scoring 70.20 for their forward 3 1/2 somersaults piked (107B).

While they were placed second after four rounds, a poor dive in the penultimate round put paid to their medal hopes.

Meanwhile, there was encouragement for another Leeds diver as Kat Torrance finished ninth in the 1m Springboard.

Like Toulson, the 18-year old is competing at her maiden World Championships in Hungary.

And having scored 255.60 to progress through a 42-diver field in the preliminaries, Torrance took her score up to 275.90 in the final.