Lois Toulson and Tonia Couch finished seventh in the 10m Synchro on day three of the 2017 World Championships in Budapest, Hungary.

The result was a drop of two places from their fifth place at last year’s Rio 2016 Olympic Games.

But Toulson, who won Mixed 10m Synchro silver alongside City of Leeds teammate Matty Lee 24 hours earlier, insisted the English pair were pleased with their efforts, having qualified ninth from the prelims on 283.68.

“We’ve definitely improved on this morning but we are happy with the performance overall,” Toulson said.

“I’ve learnt a lot from both competing with Matty last night and winning silver and then obviously with Tonia this evening.

“I’m looking forward to moving on to the individual 10m later this week.” 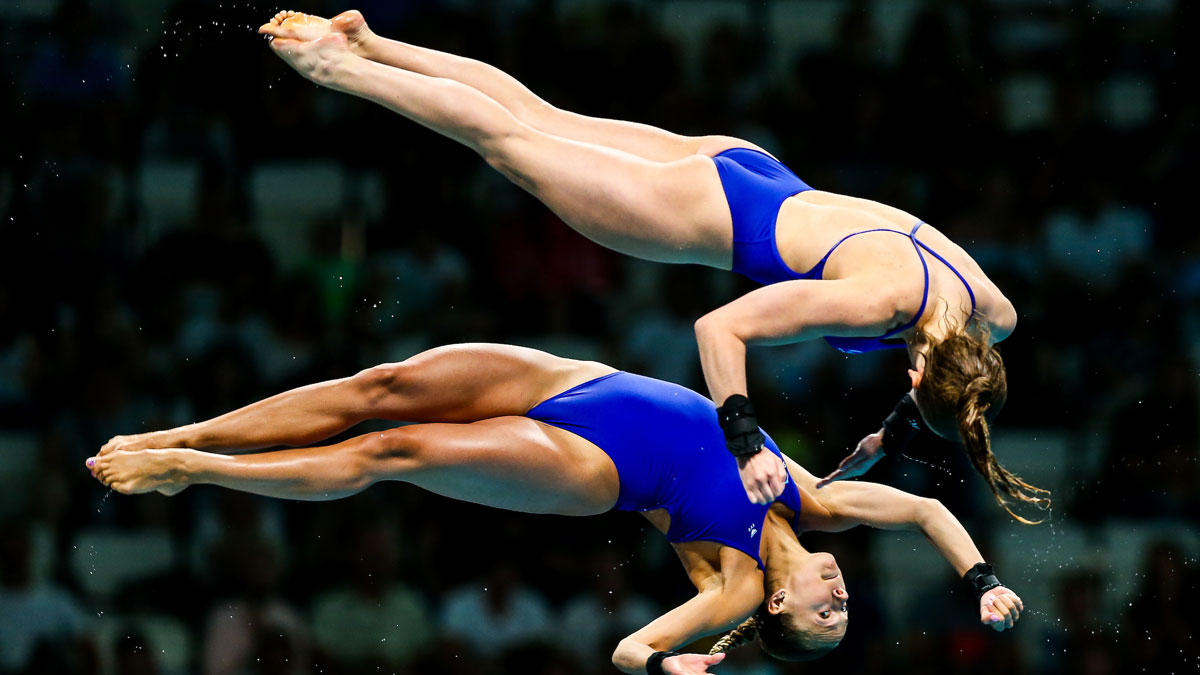 While Toulson is making her debut in Budapest, the event is Couch’s seventh appearance at a World Championships.

And the 28-year old from Plymouth Diving agreed with her partner that there were positives to take from their final performance.

“I felt we dived pretty well,” said Couch, whose best finish at a Worlds was fourth with Sarah Barrow in 2011.

“I think the scoring was hard for everyone which makes it fair. We’ve come away from the final a lot happier than we did this morning.

“This is my seventh World Championships and I’ve done synchro with Stacey Powell, Sarah Barrow and now little Lois.

“She’s been absolutely amazing and I love her to bits. I love diving with her.”

City of Sheffield’s Ross Haslam was also in final action in Budapest, finishing 10th in the 1m Springboard.

Like Toulson, the 19-year old is making his World Championship debut in Hungary, having won the British 3m Springboard title earlier this year.