A superb three days of racing at the British Masters Championships saw more than 50 world, European and national Records shattered in Aberdeen.

The event took place from Friday 17 to Sunday 19 June at the Aberdeen Sport Village.

Silver City Blues took home the top prize of the weekend, claiming the Cupar Trophy with 404 points after an excellent weekend for the team.

Spencer Swim Team finished second with a score of 292 points, with home favourites Aberdeen Dolphin in third on 278.

On her performance, she said: “I’m just so pleased with that. It’s faster than I swam in the previous age group, so I was secretly targeting to go under what I’d swum before.

“It’s my own world record that I broke, but my target was to swim faster than in the 60-64 age group and that’s just smashed it.

“I swam that time here in Aberdeen five years ago, so I’m just so pleased, absolutely delighted.”

Heath was part of the mixed relay quartet including Greg Kahn, Clive Benson and Esther Iseppi who touched home in 4:52.45 for Spencer Swim Team to break the record in the 4x100m Mixed Medley (x240) by more than five seconds.

Another Spencer relay team of Heath, Helen Trippe, Esther Iseppi and Dianne Ford broke Women’s 4x100m Freestyle 280+ on the final day with a time of 6:31:00.

The team of Stephen Allen, Julie Hoyle, Karen Graham, Nicholas Parkes swam a 9:49.76 to set a new best in the event. 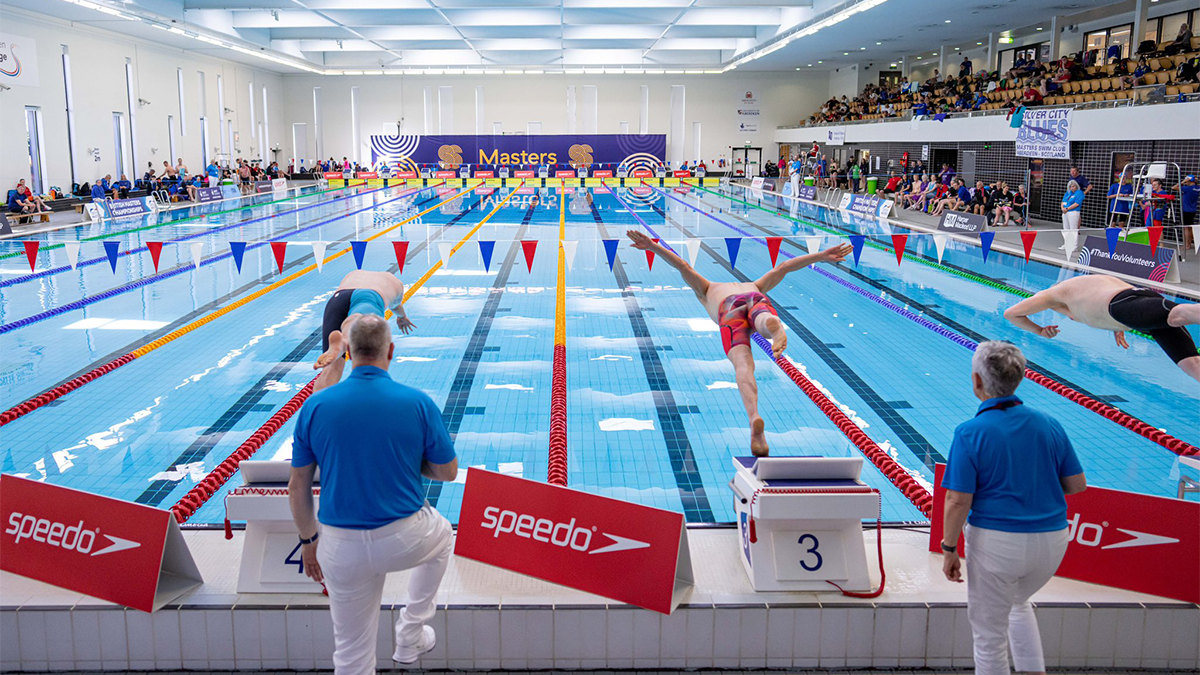 Eddie Riach, Chair of the Scottish Swimming Masters Committee, was delighted about the way the meet went.

He said: “It’s gone well. I think all the visitors that have come have enjoyed it.

“I know that there’s been some trouble with the journey for some, but the number of records that have been broken are really encouraging.

“Because of the two-year gap out with Covid, a lot of people haven’t had the opportunity to measure themselves competitively, so the amount of records is fantastic.

“The atmosphere round the pool has been fantastic too, the community and the camaraderie is there for all to see, especially in the relays!”

Riach believes the success of the meet shows promising signs for where the sport is going.

“You can see that the sport is growing, and the number of swimmers are growing – and that’s without us really having anything in place to do that.

“It just shows that the potential is there.”

You can see the full reports from each day of the weekends racing here.

All results are available on the Swim Scotland Website.