Hayley Bettinson says she has experienced the benefits of being a masters swimmer for two decades, insisting she is motivated to give back to those who helped her as a junior.

The Birmingham Masters and Camp Hill Edwardians swimmer has thrived in the 55-59 age group in 2019, leading to her being named the Swim England Masters Athlete of the Year.

Hayley won gold in the 50m Freestyle in an age group record time of 29.33 seconds, also setting a new benchmark by winning the 50m Butterfly crown in 31.66s.

The 56-year-old is also ranked third in the 50m Backstroke and fourth in the 50m Breaststroke.

Having reluctantly taken up masters swimming after years away from the sport, Hayley’s decision to get back into the water has certainly paid off.

“I just missed out on going to the Olympics through injury and I gave up.

“I came back to the sport when I was about 35. A friend twisted my arm to compete at a masters event and that was it.

“The competitive spirit returned and the desire to improve my technique and train hard returned.”

‘It’s given me a good life’ 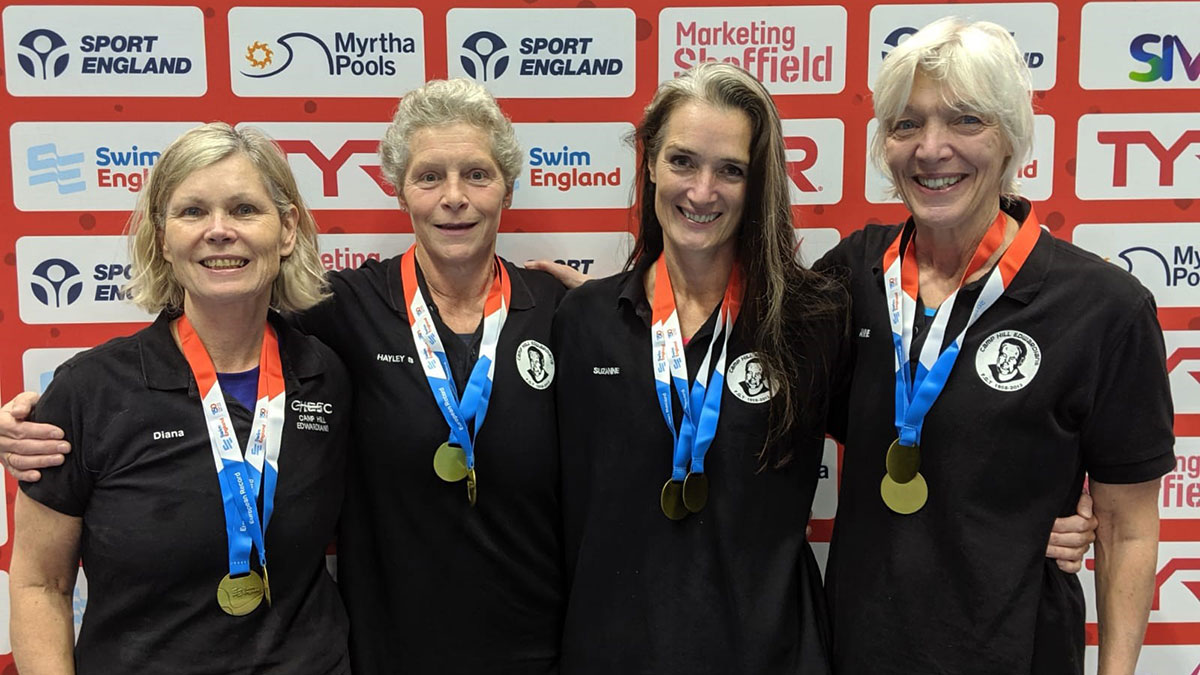 She won seven medals, including four golds, to finish as one of the standout performers at Ponds Forge.

Hayley added: “It’s given me the opportunity to meet lots of people from all around the world and the nice thing is that you meet them years down the line and form lots of friendships.

“The main thing is the friendship of it all. Although we’re all competing against each other, we’re all friends. It’s a very friendly environment.

“It’s given me health and fitness, and a good life.

“When I came back to swimming, I was surprised to see how many of the officials were still the same ones that were there when I was a youngster.

“They had given years to the sport and it made me think that they had given so much, I needed to give a little back.”