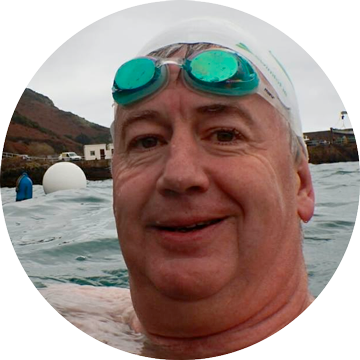 So for those or don’t know Jim, we put together a Q&A with the man himself to get an idea of who he his and what his views are on Masters swimming and the future of the sport.

Which club are you a member of and for how long?

Aside from a brief skirmish with Masters back in the early 1980s in Essex, it wasn’t until 1997 I got into Masters with Hemel Hempstead SC.

I moved to Guildford in 2000 and restarted polo with Cranleigh (now Guildford) Water Polo Club. I’m also a member of Kings Cormorants and South London SC.

What is your background in Masters swimming?

After reasonable success as a schoolboy in Northern Ireland, I returned to the sport in 1997 at one of Ian Woollard’s Barnet Copthall Masters Meets.

Ian has always been my hero in Masters. He runs the best meets, has the most empathy with Masters swimmers and when I ended up running Masters meets, doing them like Ian was the simple objective.

I became a regular competitor in Regional and UK meets as well as occasional jollies abroad – Majorca, Jersey, Switzerland.

I went into open water, twice swimming the English Channel solo, and cold water on the back of Masters swimming, taking others in my wake and persuading fellow swimmers to broaden their interests.

Since 2005, I have been Surrey Masters organiser, running one of the most popular meets in the region and expanding the number of swimmers from 120 or so to just shy of 200.

I have also run the inter county team in this period (generally as I have failed to offload it!) but I still manage to inspire newbies and cajole, coerce or blackmail regulars into turning out each year.

I hold several Northern Irish Masters records. The 200m breast was hardest earned, given I only had to record a time to set it. I was DQ’d twice – once in Majorca and once in Sheffield – before finally achieving it on the third attempt.

What do you do between training sessions?

I haven’t been accused of over-training since I was 17.

The day job is probably the best in the world. I am leading the build and test of a camera instrument that will be launched one million miles into space in 2021 and look for what Einstein referred to as his greatest mistake – Dark Matter and Dark Energy. It really is rocket science. 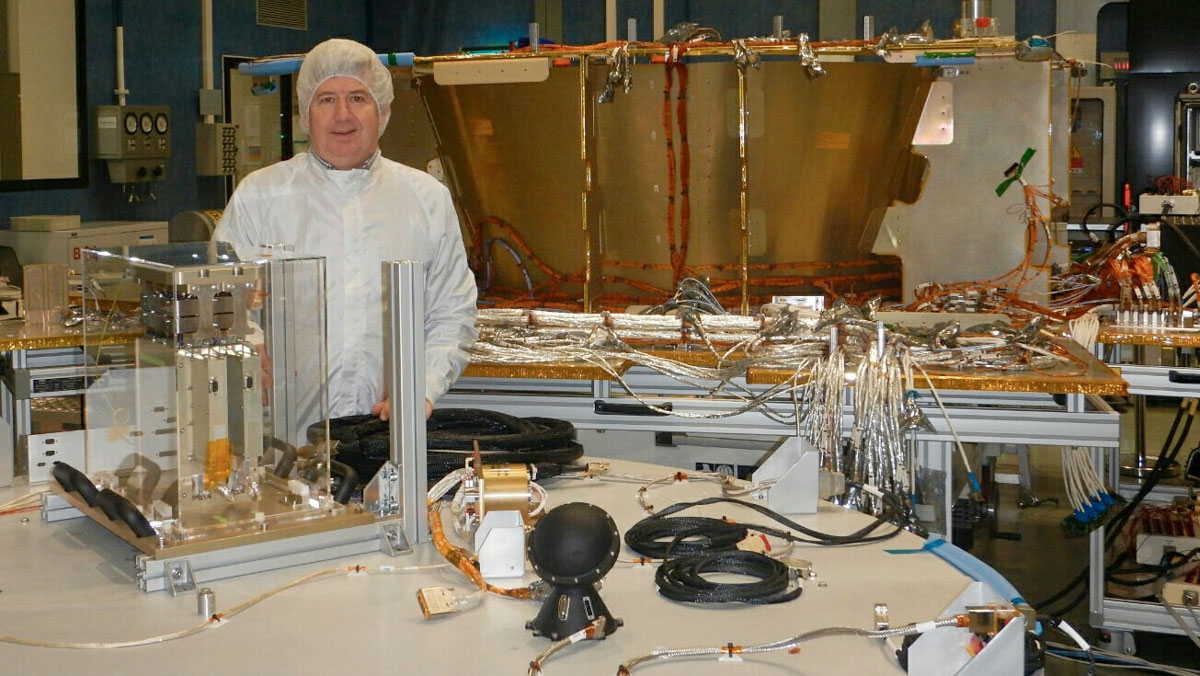 I play less water polo than I would like, but I suppose I am the Victor Meldrew of my water polo club – Secretary and Table Official.

I coach the University of Surrey teams – men and the all-conquering ‘Amazons’ (aka ladies) – as well as our mini polo section at Guildford.

I am looking forward to joining like-minded old crocodiles in a few weeks’ time as Surrey’s Over 50s defend their regional title.

How do you feel about the role you are taking on?

The ideal candidate would have the organisational skills and gentlemanly conduct of Ian Woollard, the timeless and tireless energy of Geoff Stokes, the grace, poise and domination of Jane Asher, and the world-beating class of the likes of Mike Hodgson.

I’d like to think I am a good learner, even up in the G age group, and I have learned a lot through my time in the sport. We’re an argumentative lot where I come from, and not prone to accepting the status quo!

What skills will you bring to the role?

I have a knowledge of Masters from top to bottom i.e. “been there, done that” experience as County and Regional Masters organiser, and also in the widest sense as County Hon Sec and Regional Board Member that have provided an excellent understanding of the challenges we face.

I have a great passion for the sport and believe it should be run by Masters for Masters. And I don’t like being taken for granted – personally nor collectively.

Also, I have a sharp financial brain. I’m qualified as an accountant, even if I operate as a rocket scientist.

I bring a knowhow of dealing with all levels of our NGB, and external bodies such as pool operators and sponsors. I also enjoy challenging the unchallengeable through reasoned and researched argument!

What do you see as the most important issues for Masters, and why?

Promoting the Masters for Masters concept. I want to facilitate a transition to a ‘can-do’ mentality so Masters believe they can get what they want and feel they can make requests that are considered on the basis of ‘how we can achieve this’, rather than reasons why they can’t be done.

Ensuring we are meticulous in showing we can do the low level ‘grunt’ necessary to show we can be allowed to make strategic decisions instead of having them made for us.

Promoting our elite successes to the swimming community at large. Not throwing away the participation, but adding to it.

Establishing formalities for how we work, including transparency of decision making, consultation, communication and governance.

We have a pool of skills as Masters that deal with professional challenges and issues far more complex than those associated with running our sport. So why not ensure we harness these skills for the greater good?

Finally, uniting Masters as an organisation and force for change in GB. I want to working with the NGB to ensure we don’t lose sight of how crucial the Masters community is to swimming in England and Great Britain.

If you have an issue you would like to discuss with Jim, you can contact him on jim.boucher@swimmingvolunteers.org.