As Otter Swimming Club celebrates its 150th anniversary, Mitch Grima sat down with some of the club’s members – old and new – to find out what makes them unique.

Otter stays true to its traditions.

There are the commemorative blazers worn by head coach Nick Buller and assistant coach Peggy Etiebet as they watched their U19 girls team seal back-to-back national water polo titles.

There are the handicap events, which have been running since the 1870s, and the age-old silver spoons awarded to the annual winner.

Then there is Charles Doxat, who perhaps epitomises the legacy of the London-based club.

He’s been at Otter for 63 years, served as captain during the centenary year and president thereafter.

Now, a tattoo of the club’s symbol on Charles’ right shoulder blade confirms his lifelong commitment.

“My wife hates tattoos, so I had to pretend that my grandchildren were buying them for me as a present,” he says.

“I had my star sign of Pisces done for my 70th birthday and, for my 75th two years ago, I had the otter put on, looking greedily at the Pisces, the fish.” 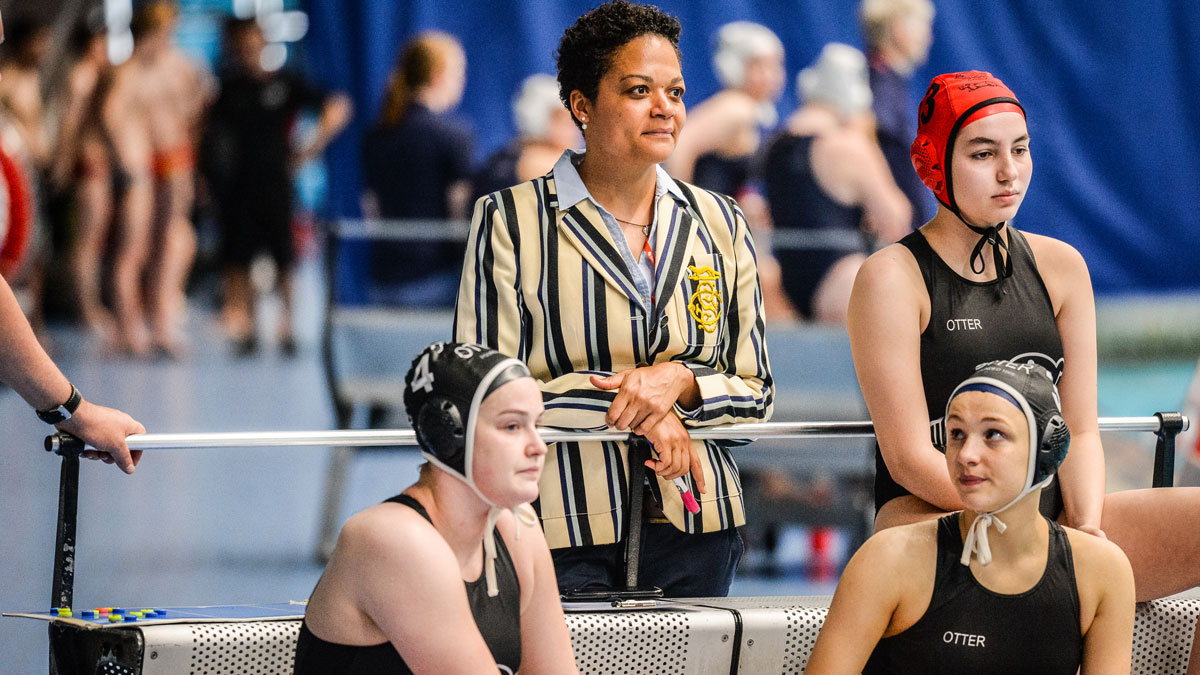 With around 300 members, Otter operates the biggest masters swimming and water polo programme in London.

While the club enjoys its rich history, there is a clear focus on future progression.

Martin Edwards – who competed for Great Britain at the 1972 Olympic Games and was a finalist at the 1974 Commonwealth Games – has recently been appointed as the new head coach for swimming.

“I want as much from the club as the club wants from me,” he said.

“It’s been really motivating. It’s a great squad to work with. The club wants from me some guidance, some help in preparing the swimmers.

“The dynamic is fantastic. It’s a really fun group and it’s a real social club.

“I grew up swimming in England many years ago and, even then, Otter was the club everyone knew about. It’s always had that tradition, it’s always been known as one of the top clubs in Britain.

“The traditions have continued and the standard of excellence hasn’t changed whatsoever.”

Otter will be celebrating its 150th anniversary with a unique gala at the London Aquatics Centre on Sunday 14 July.

Six teams – Spencer, Barnet, Teddington, Guildford, GB Police and Mid Sussex Marlins – have been invited to compete against two Otter teams and invitational teams – All Stars Team North and All Stars Team South – made up of masters swimmers from across the country.

Anniversary organiser and multiple masters British record holder, Gina Hobson, said: “It’s a part of what the club is, it doesn’t make everything, but it’s really important to hang on to what makes Otter unique.

“There really aren’t many clubs that have been around for 150 years. There are things that we will take forward from the last 150 years and things that we’re reintroducing for the gala.

“We’re bringing the plunge back, a bit of double arm backstroke and some events from when Otter was first set up. There were some really random relays, so we’re reintroducing those as well.”

Otter are welcoming entries from masters swimmers to represent Team North and Team South at the anniversary gala.

If you would like to be involved, please contact Simon Veale for Team South or Verity Dobbie and Nicola Latty for Team North.

Any past and present Otter swimmers who would like to be involved should email otter150gala@gmail.com.