A memorial bench has been dedicated to the Olympian and Holocaust survivor, Susan Halter, and her husband, Roman.

A number of local swimmers combined to raise money for the bench and a memorial plaque, which now sit proudly on poolside at Crouch End’s Park Road Lido – where the Halters frequently swam.

The tribute was unveiled on International Women’s Day, celebrating the extraordinary life of the couple.

Aged 21, she competed for Hungary at the 1948 Olympic Games in the British capital, which had become her new home.

In a 2012 interview with The Telegraph, Susan recounted her incredible story of survival: “I shouldn’t have been at the Olympic Games, as I should have been killed by the Nazis when I was marched with my friends and family towards Austria around the Danube in 1944.

“We were forced to stop and dig trenches on the way and I remember thinking that I had to escape or I would be shot.

“I tried to get some of the others to come with me, but they were too scared.

“It’s amazing to think that if I hadn’t run away that night with a warm coat and my long blonde plaits, none of the rest of my life would have happened.” 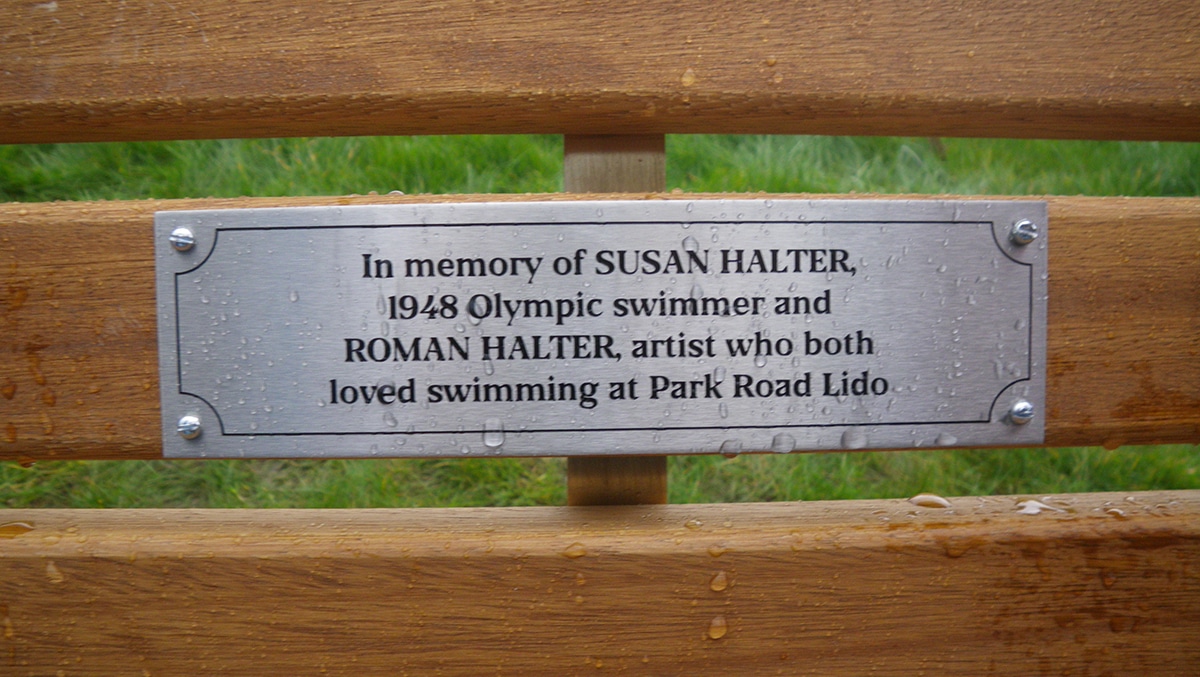 Susan found solace in swimming and it was through the sport that she met her husband Roman, who was also a Holocaust survivor.

The pair married in 1950 and settled in the UK, with Susan going on to become a swimming teacher and coach.

It was only in her 60s that she took up masters swimming, but she made a lasting impression on the community.

Susan won medals at all levels, including world and European competitions, also breaking Middlesex county records across a number of age groups.

Susan and Roman both loved to swim at the Park Road Lido and local swimmers were joined by the Mayor of Haringey, Sheila Peacock, MP for Hornsey and Wood Green, Catherine West, and members of the Halter family to honour the couple.

Susan died in 2015, three years after her husband.

The bench was placed at the lido before the government’s lockdown measures were introduced.