On a day when Adam Peaty created sporting history at the Tokyo Olympics, we caught up with two important people who helped towards the beginning of his journey to greatness.

Just like everyone, the now double Olympic gold medallist and the first British swimmer to successfully defend an Olympic title had to learn somewhere.

That somewhere was Uttoxeter Leisure Centre in Staffordshire, and Adam’s learn to swim teacher from his early years of swimming lessons, Sheila Hughes, was one of many who had an early alarm set so she could watch the final of the Men’s 100m Breaststroke.

“I was up at 3 o’clock and went back to bed at half past three,” she said. “I didn’t get too excited because I was more nervous for him to make sure that he won the gold again, which is marvellous. 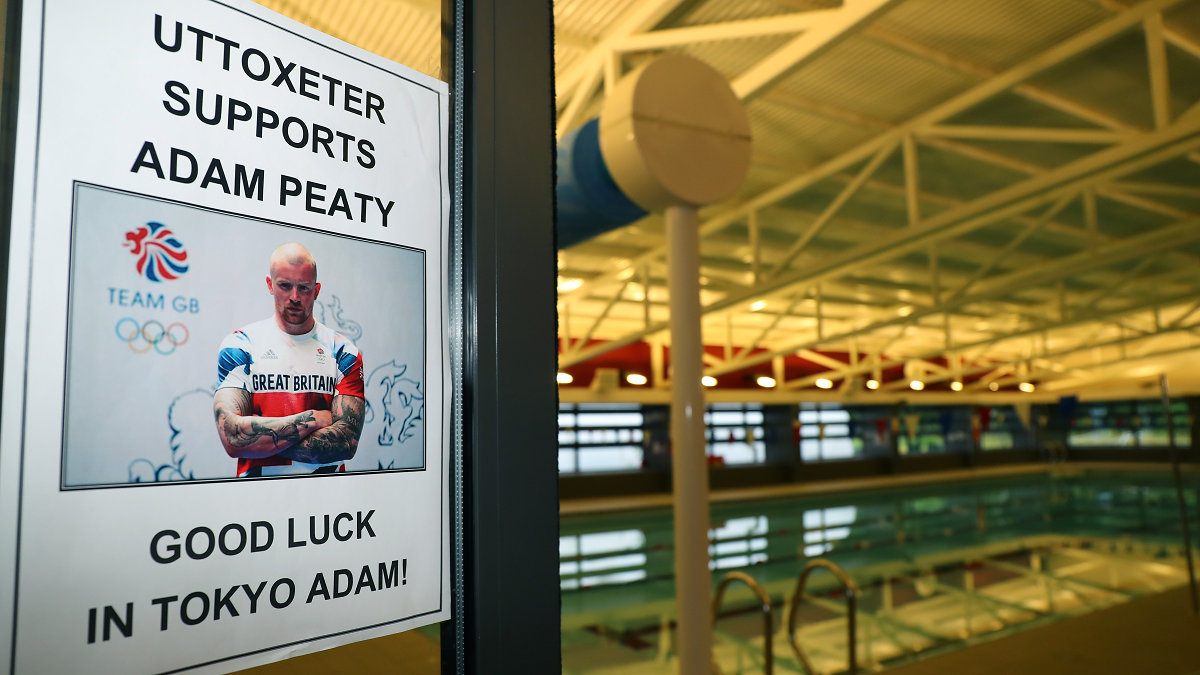 “I first came across Adam when he was in the beginners class and I think if I remember correctly, Julia was teaching him at that point and she said ‘Sheila, have a look at this little boy’.

“We looked at each other – we hadn’t seen anything like it – his feet were so dorsiflex we agreed that he wouldn’t get any success unless we taught him breaststroke.

“So not long after that he had his 10 metres badge and he was able to move into my intermediate class and he followed in my classes throughout until he was 11.

“Because he was so breaststroke orientated and we needed to get him back next week, in the latter years I taught him, I used to make a plan for his lesson.

“There were 12 swimmers and they could swim 10 minutes of their number one stroke, their favourite stroke. 11 chose front crawl so I used to help them with their tumble turns and Adam swam on the end – always breaststroke.”

On his technique now, she says: “Well, I always taught a narrow kick – it’s phenomenal isn’t it? Will anybody every catch him? I don’t think so.”

After progressing through his learn to swim journey and on to club level swimming, Adam’s first club was Dove Valley Swimming Club who also trained at the same facility.

If you put your mind to it almost anything is possible 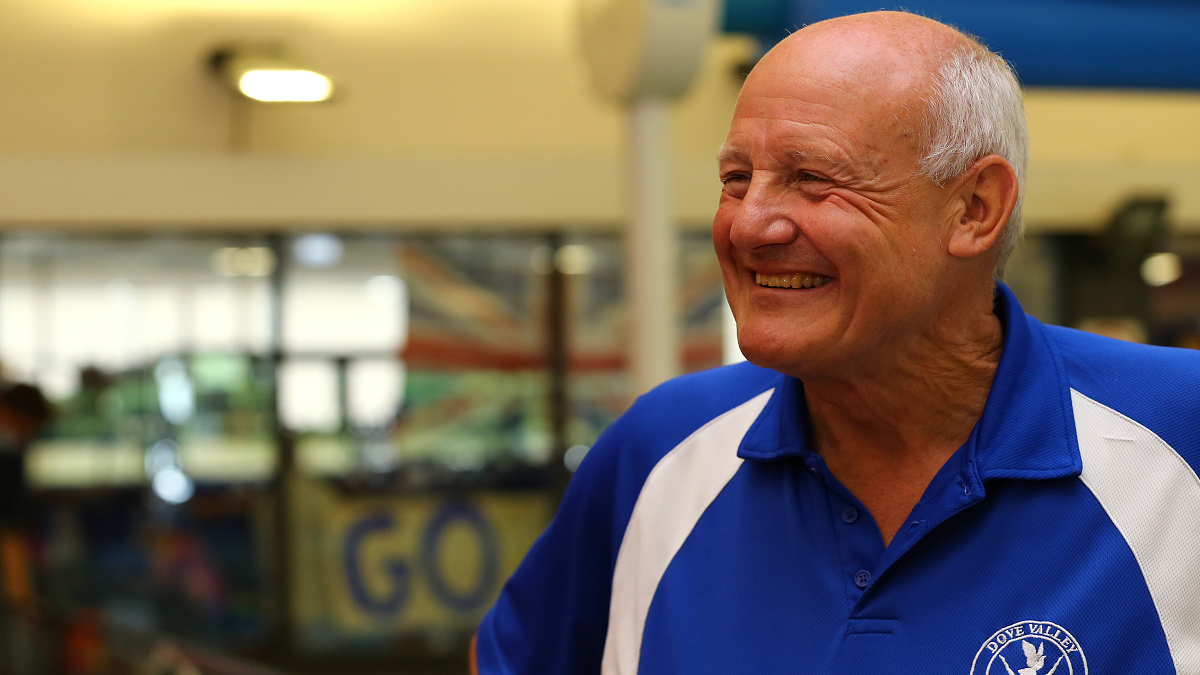 His first coach, John Plant, described his ‘admiration’ for Adam and everything he has achieved since his younger years at his small hometown club.

John said: “We always knew that he could do it but until he gets in the pool, things can go wrong. But no, nothing went wrong.

“Swimming’s a hard game and for Adam to have been at the top of his game for seven years now, speaks for itself. Adam is very dedicated, he’s very focused.

“You saw him when he came out – he’s absolutely focused. He looks like a sort of warrior and that’s the approach he takes to it and that’s what makes him such a great personality.

“He is somebody to be thoroughly admired at whatever standard or wherever you stand – absolute admiration for Adam.

“It just goes to show that if you put your mind to it, almost anything is possible. Adam put his mind to it and look what he’s achieved.” 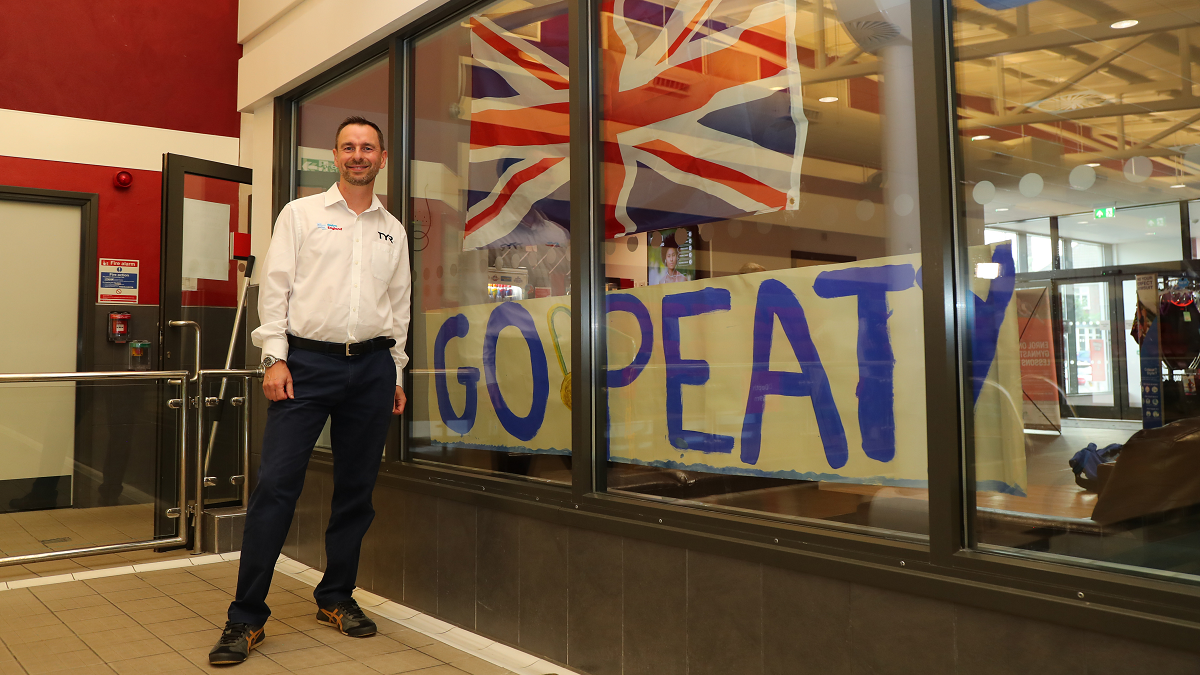 He added: “As soon as the buzzer went he hit the water, my goodness he was phenomenal and brought it home comfortably, which you can’t say very often about a British Olympic gold medal – amazing.

“I just hope people understand how great an achievement that is. To retain a title over a five year gap – it hasn’t been done before by one of our swimmers.

“To do it in any sport is absolutely phenomenal, to do it in a sport that’s so physically based as swimming, it’s incredible and for swimming.

“We’ve got literally hundreds of thousands of swimmers and all of them love competing. They will be inspired by Adam.

“What he’s done is amazing and it shows that you can achieve those dreams of being not just good but brilliant – the very best.

“I think it’s going to be amazing for our sports – swimming, water polo, diving, artistic swimming – seeing someone in the water smashing it. Fantastic!”