The Bath University swimmer was the only female English swimmer to land double gold at the meet, touching first over 50m and 100m Freestyle at Ponds Forge.

Hopkin came into the competition as defending champion in the 50m Free, having also won gold at last year’s ASA National Winter Meet, and silver behind triple Olympian Francesca Halsall at this year’s British Championships.

And the 20-year old’s retention of her crown never looked in doubt, as she clocked the second fastest time of her career to take the touch in 24.54.

Hopkin also caught the eye as she doubled up to land the 100m Free crown for the first time.

She clocked 53.53 in the final, smashing 0.98 seconds off her personal best and moving to sixth in the British all-time rankings.

Beth Aitchison also entered the top 10 of the British historic rankings with her effort in the 50m Breaststroke.

The Loughborough University swimmer clocked a PB 30.49 to claim gold and move into eighth in the British all-time list. 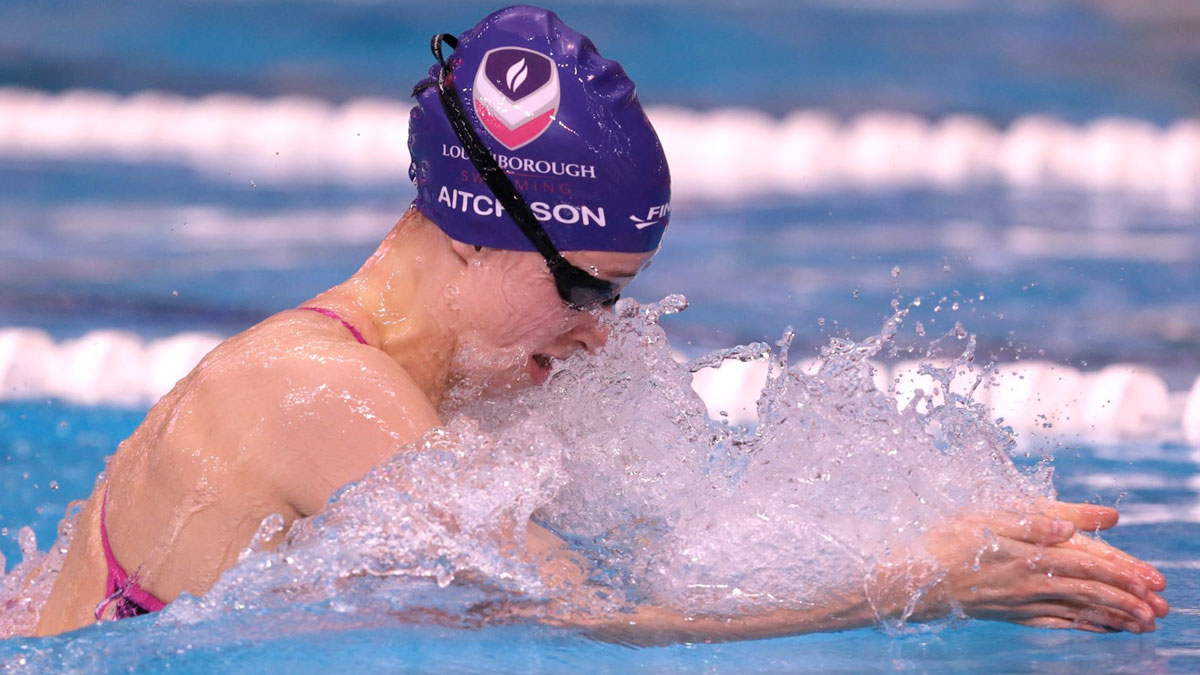 Aimee Willmott and Maya Westlake were the other individual English gold medallist in the women’s events.

Meanwhile, Sheffield Hallam swimmer Westlake took her PB down to 1:57.09 to finish first in the 200m Freestyle.

Max and Joe Litchfield one-two in both medleys

Also swimming for Sheffield Hallam, brothers Max and Joe Litchfield finished first and second in both the 200m and 400m Individual Medley.

Jay Lelliott and Tim Shuttleworth were the other English gold medallists in the individual men’s events.