Jessica-Jane Applegate has won another gold medal while competing at the World Para Swimming European Open Championships in Maderia.

Speaking after her win, Applegate said: “It was really hard not having a heats swim this morning, because I learn a lot when I do a heat, so I tried doing something different before the finals.

“I tried doing two warm-ups, so it was about trying new things today. The time was okay for where I am, but I wanted to be under the minute – I’m always tough on myself.

“I hope I can do it [the clean sweep of golds] but it’s going to be a lot more painful than that one as it’s butterfly. For where I am, with not much training, I’m really pleased with how I’m doing and how I’ve coped with the situation.

“This is my first competition in a long time, so I’m really pleased, but I’m also really excited to go home and start training really hard.”

Hamer with first medal of the night

A superb final 25 meters saw the 22-year-old touching the wall in a time of 54.24 for a podium finish; his second European medal of the week.

His performance over the 100 meters backs up his earlier silver medal in the Men’s S14 200m Freestyle where he clinched a silver medal.

On his swim, Hamer said: “I’m really happy with a second medal, getting a bronze after the silver. I haven’t come here for the medals, I’ve come here for the process of the race and I’m just glad I went that bit faster from heat to final.

“I was ecstatic this morning, to be going that time now. As a team, we’ve had such a small team of eight athletes and a few members of staff here. That’s been great – I felt I’ve had that one-to-one connection with the staff and athletes”.

Millward gets on the podium with bronze 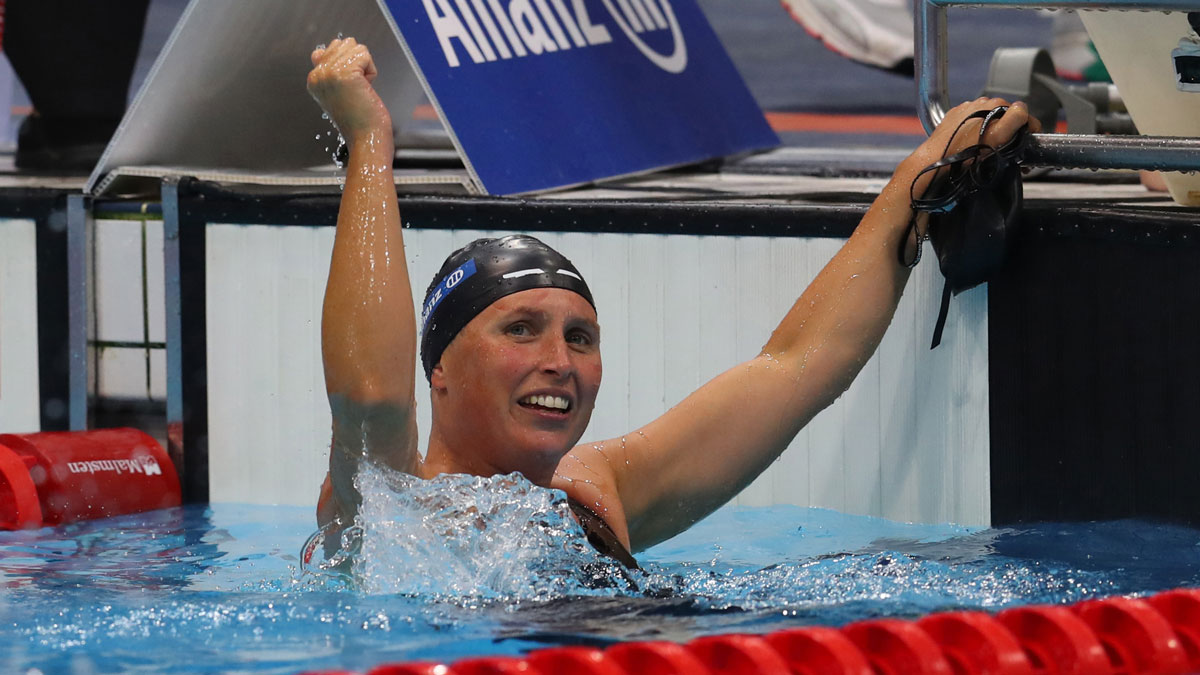 Three-time Paralympic Stephanie Millward also won her first medal of the week in the Women’s S9 100m Backstroke after a stunning performance that planted her firmly on the podium.

She touched in 1:14.18 to narrowly beat out fourth-place finisher Zsofia Konkoly of Hungary (1:14.62). Speaking after her swim, Millward said:

“It always feels absolutely fantastic to bring home any medal, it doesn’t matter what colour”

“Even if you come fourth, fifth or sixth, you’ve done your absolute best, so any medal is incredible. I feel so privileged to be a part of this, and I just hope that everyone else tries their hardest and achieves what they can”, she added.