Jessica-Jane Applegate broke her own world record as Great Britain claimed a clean sweep at the World Para-Swimming European Championships in Dublin.

It was one of six gold medals won by British swimmers on day six of the championships.

City of Norwich swimmer Applegate, 21, finished in a time of 1:04.13 in the Women’s S14 100m Butterfly final to knock 0.33 seconds off the world record she set in Sheffield in July.

Applegate was 1.30 seconds ahead of her Great Britain team-mate Bethany Firth, who clocked 1:05.43 to take the silver medal.

Louise Fiddes ensured a one, two, three for Great Britain as she touched home in 1:05.47 for the bronze. 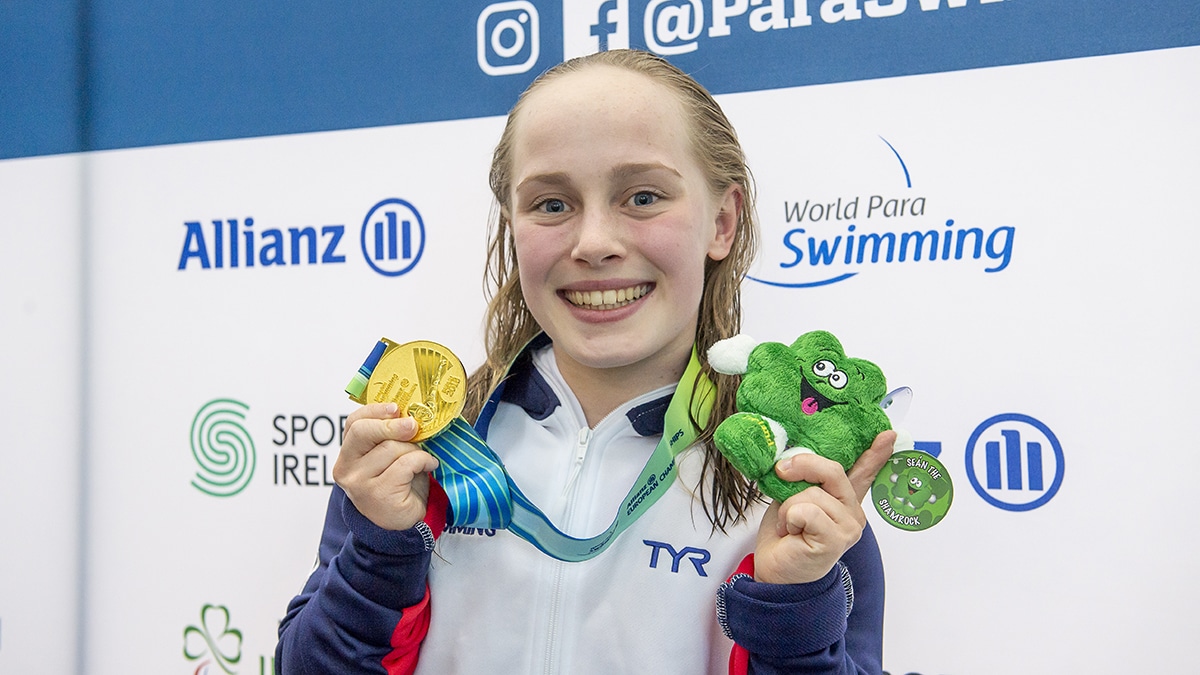 Eleanor Robinson was just outside her own world record as she won the S6 Women’s 50m Butterfly title.

The 17-year-old was 0.15 seconds off the world record time she set in Sheffield in July as she clocked 35.27 to take the gold medal.

Hannah Russell won her third gold medal of the championships as she triumphed in the Women’s S12 100m Freestyle.

Alice Tai was victorious in the Women’s S8 100m Butterfly final after finishing in a time of 1:10.51.

Toni Shaw won another gold medal for Great Britain after finishing more than four seconds ahead in the Women’s S9 400m Freestyle final.

Spain’s Jacobo Garrido Brun was the bronze medallist in 4:23.70.

Ukraine claimed a one-two as Iaroslav Denysenko won the gold in 51.72 and Maksym Veraksa took silver in 53.12.