This UK Coaching Week, Swim England is sharing the stories of coaches who have made an impact across the aquatic sports, including Poole Swimming Club’s head coach, Barry Alldrick.

It says a lot about Barry Alldrick’s mindset that he’s prepared to lose his club’s most successful swimmer.

He openly admits he would have expected young gun Jacob Peters to move on in search of a fresh challenge in his quest to qualify for the 2020 Olympics Games in Tokyo.

So it’s high praise for the culture Alldrick has set up in Poole that Peters feels no desire to leave the club, placing full faith in the team that has ignited his career.

Alldrick’s coaching pedigree was recognised in 2018, as Peters’ qualification for the Commonwealth Games and Jasmine McCrea’s spot on Great Britain’s European Junior Championships team put the spotlight on Poole.

The club’s most successful year on the competitive stage culminated in Alldrick being named the Swim England Coach of the Year.

“I went to Poole hoping we could get someone to European junior standard and to surpass that has been brilliant,” he said.

“It wasn’t an expectation and then Jacob pulled out a really good swim at the 2017 Swim England Nationals, which qualified him.

“The journey to the Commonwealth Games was really good, because I was getting a lot of support from Swim England and British Swimming and was selected for the Coach 2024 programme.

“That really helped me work on not only the technical side of the sport, but also the communication side.

“I think having a swimmer at that standard for the first time, there was a lot of attention and it was a really good partnership, moving forward to that level.” 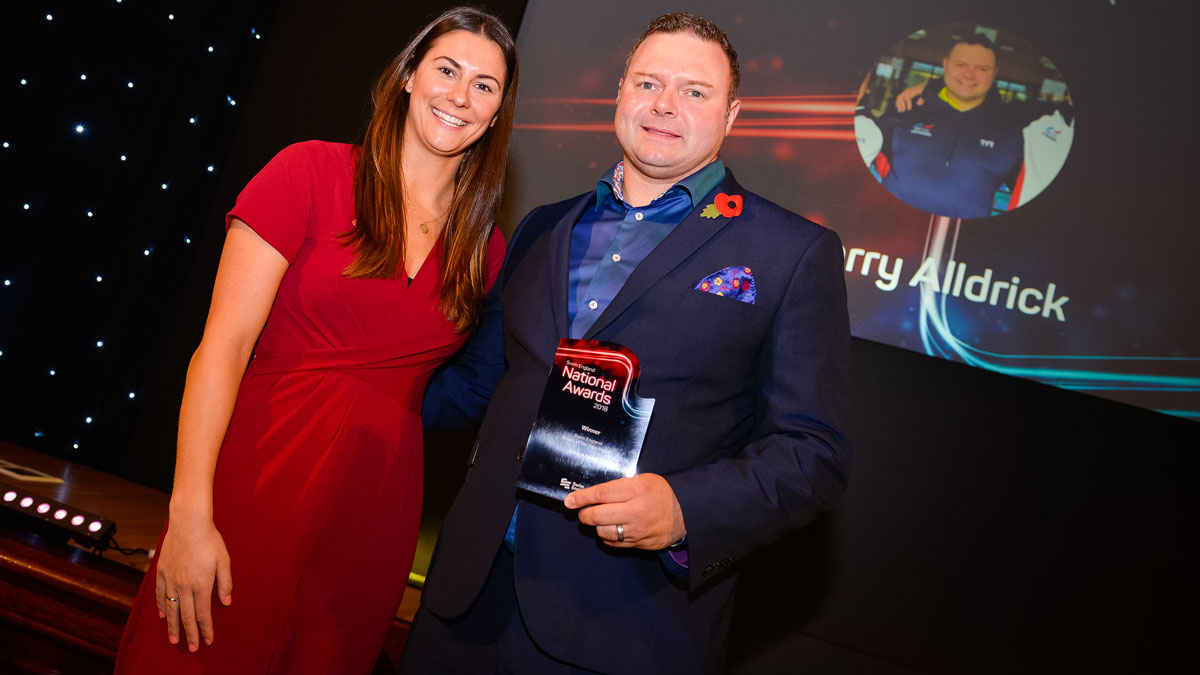 Poole’s ambition is to provide the best junior swimmers in the country and their production line is already showing promising signs.

In his fifth year at the club, Alldrick – along with his team of six part-time and voluntary coaches – recently oversaw their best ever performance at regional level, with more than 20 young swimmers earning invites to the national summer meets.

“I think we can cater for preparing juniors to a really good standard, with the plan that they should be fully equipped to move on to senior programmes,” Alldrick said.

“But it’s still really exciting working with an athlete who can qualify for the Olympics.”

Alldrick’s coaching career began with volunteering positions at Lincoln Vulcans and Bournemouth Dolphins, before being appointed head coach of the Christchurch Seagulls in 2004.

“At Christchurch, I literally started there and they were marching through the high street trying to save the club with about 30 members.

“But by the time I left, it did have about 250 members and was producing national teams for water polo and national swimmers. Alice Tai, the Paralympic swimmer, started there. I think that was a great learning curve.”

His work in Poole led Alldrick to be selected for Swim England’s Coach 2024 programme – an intensive 14-month journey for coaches looking to reach a world class level.

“When I went onto the programme, I was surprised I got selected and I felt like ‘should I be with this group of coaches?’

“But as the course went on, it really helped to give us self-awareness and realise what our strengths are and how we can use them better and how we can communicate better.

“Sometimes you can get your head down and stuck in your own programme, so that’s been helpful.”

There are now more than 300 swimmers at Poole, including more than 100 swimming at a competitive level.

A trip to the French Open awaits a group of members in the Poole squad, while Peters is set to test himself against strong competition at the US Nationals.

While 2018 provided plenty of career highlights for Alldrick, it seems both he and Poole are destined for greater success in the coming years.