Ben Proud produced another impressive swim to qualify second fastest for the semi-finals of the Men’s 50m Freestyle at the FINA World Championships.

The European and Commonwealth champion was made to wait until the last of the 14 heats, but was composed as he dominated to win in 21.69s.

American Caeleb Dressel, who has already won three gold medals in Gwangju, was the only man to go faster, clocking 21.49s.

Proud will fancy his chances of improving on his result at the 2017 World Championships, when he won bronze behind Dressel and Bruno Fratus.

He said: “That was a very solid heat swim. I’ve swum faster before but I think given the preparation and the circumstances this morning it was a very good swim to get me through the round.

“That’s cleared my head and any worries I had, so I think tonight I’ll be able to come in and put in a half decent performance and then tomorrow night just see what my body can offer.”

James Guy left plenty of energy in the tank as he progressed to the semi-finals of the Men’s 100m Butterfly.

Guy was in season’s best form in the 200m Freestyle earlier in the week and is well poised to challenge for a final place in the evening session.

The National Centre Bath swimmer was third in his heat, clocking 52.06 to qualify 11th fastest overall.

With a personal best time of 50.67s – set in Budapest two years ago – Guy will be confident of returning to the pool on Saturday.

He said: “I knew that I was up there, with the Aussie next to me and the guys in the middle, but I knew I was up at the top.

“You’ve just got to do the job, get a lane for tonight and make sure I’ve got enough energy for the 100 fly semis and the 4×200 tonight, so nothing too hard this morning.”

Jessica Fullalove added to the British success, booking her place in the semis of the Women’s 200m Backstroke.

Fullalove, who missed out on a place in the 100m Backstroke final in Gwangju, was fourth in her heat with a time of 2:11.08.

A swim close to her personal best of 2:09.74 could see her reach a world final for the first time in her career.

Fullalove said: “I just wanted to bounce back from the 100, as I was really disappointed with that, but I think that was a good, solid swim. 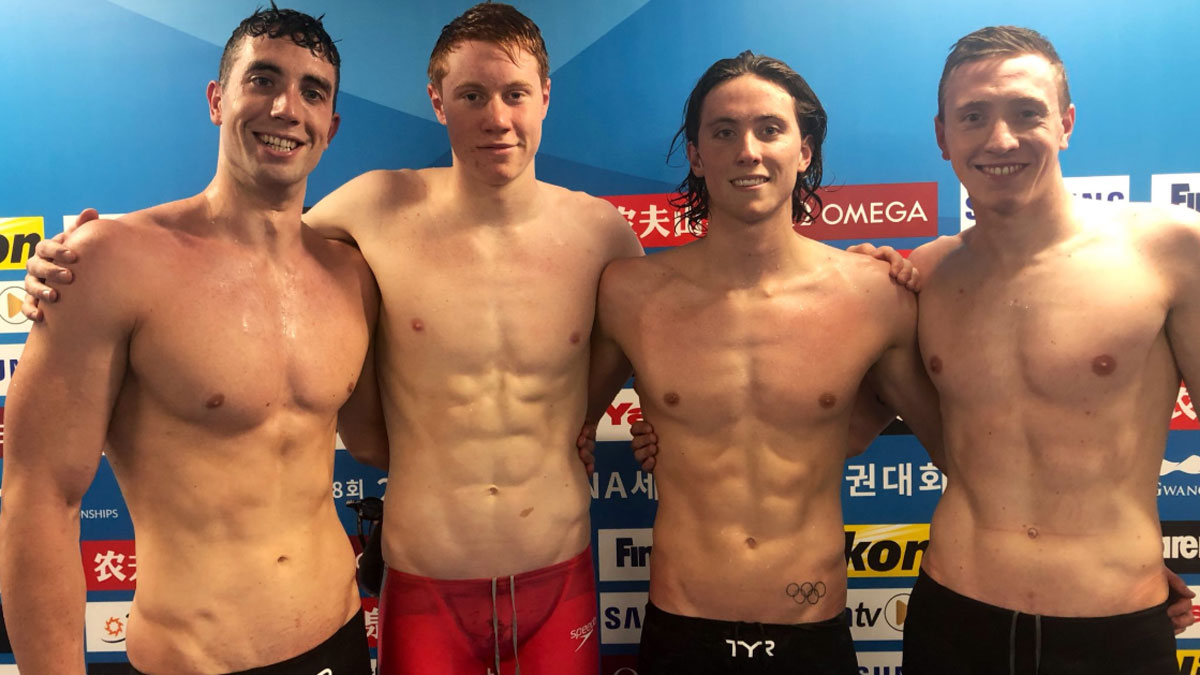 They will swim from lane one in the evening’s final after finishing third in their heat to qualify in joint seventh fastest.

Tom Dean led out the team against the highly-fancied Russia and Australia, before Calum Jarvis and Max Litchfield battled with the Germans to leave Britain fourth at the final change.

In his World Championships debut, Cameron Kurle anchored superbly to help the Brits finish level with Germany in 7:08.45.

Kurle said: “It was nice to race, as I’ve just been waiting around, so it’s nice to get in the water. I’m pleased with how I executed my race plan – I didn’t worry about anyone else, I just went out there and raced.”