Lucy Hope helped the team to reach the final earlier in the day, they qualified for the final in fifth position but pulled out all the stops when it counted and finished in 7:51.65.

Faulkner said: “I was just shouting like crazy, you do it for each other and you know you are one team.

“We managed to be one team tonight and came out on top!

“Freya is one of the best relay swimmers I have seen in my life. Some of the swims she has done this week are phenomenal.

“I’m really excited for her future because what she’s doing is incredible and hopefully she can keep it up.”

Adam Peaty once again broke his own Championship record in the 50m breaststroke and will start in pole postition in tomorrow’s final. He swam in 26.23 compared to his swim this morning where he touched in 26.50. 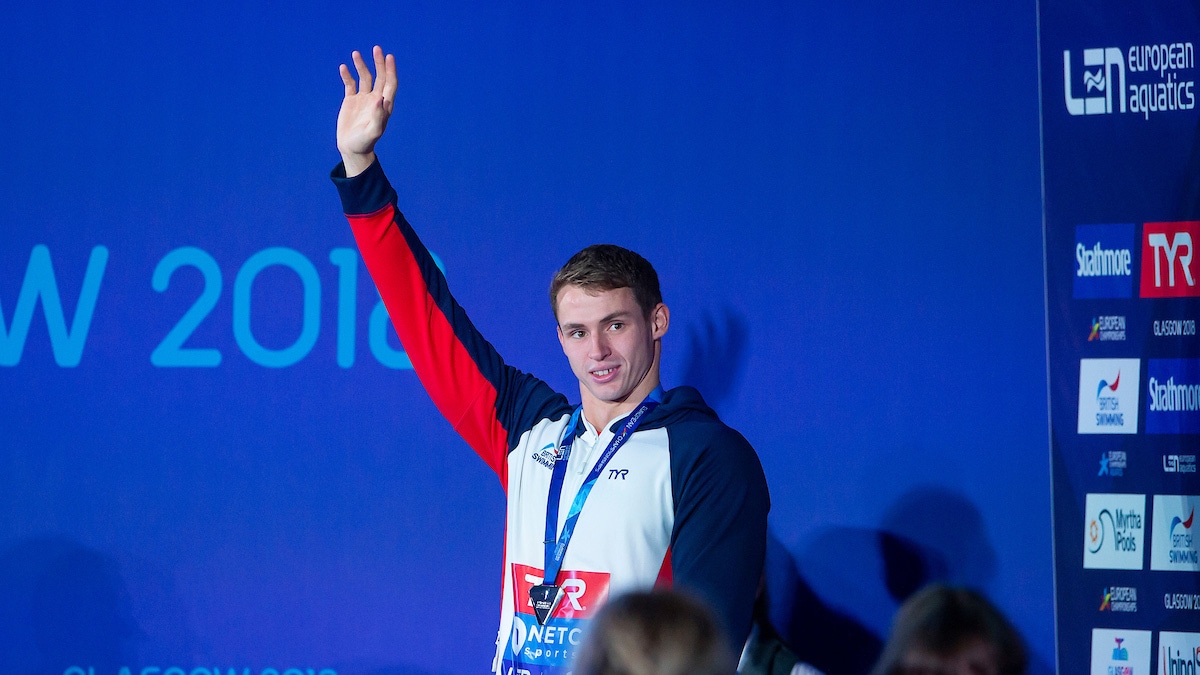 Ben Proud secured a silver medal in the 50m Butterfly.

He clocked 22.78, just 0.3 seconds behind current World record holder Andriy Govorov of Ukraine who touched home in 22.48 for a new Championship record.

The bronze medal went to Oleg Kostin, of Russia, with a time of 22.97.

James Guy missed out on his first chance for an individual medal coming fourth in the 200m Freestyle final.

Molly Renshaw won a bronze in the 200m breaststroke in a race that saw her Welsh team mate Chloe Tutton disqualified.