All eyes will again be on the Tollcross International Swimming Centre in Glasgow this week, as the British Para-Swimming International Meet takes centre stage.

The event features as the British leg of the World Para Swimming World Series, with the nation’s top athletes vying for a place on the Great Britain team for the 2019 World Para Swimming Championships, which will be held at the London Aquatics Centre in September.

Five-time Paralympic champion and eight-time world champion Ellie Simmonds will be strongly backed to seal her place in the World Championships team.

Simmonds won two golds as part of a four-medal haul at London 2012 and will headline the British charge in the 200m Individual Medley, 400m Freestyle and 100m Breaststroke.

Defending World Series champion Louise Fiddes will be among those looking to impress when the action gets underway on Thursday 25 April.

Hynd broke two world records on his way to gold in the 400m Freestyle S8 and 200m Individual Medley SM8 in Rio, but now competes in S9 events after being reclassified last year.

Michael Jones will look to continue his charge towards the Tokyo 2020 Paralympics as he features in the 100m Freestyle and 400m Freestyle.

The National Performance Centre swimmer won Paralympic gold in the 400m Freestyle S7 in Rio, backing that up with gold at the 2018 European Championships in Dublin.

Stars of the future 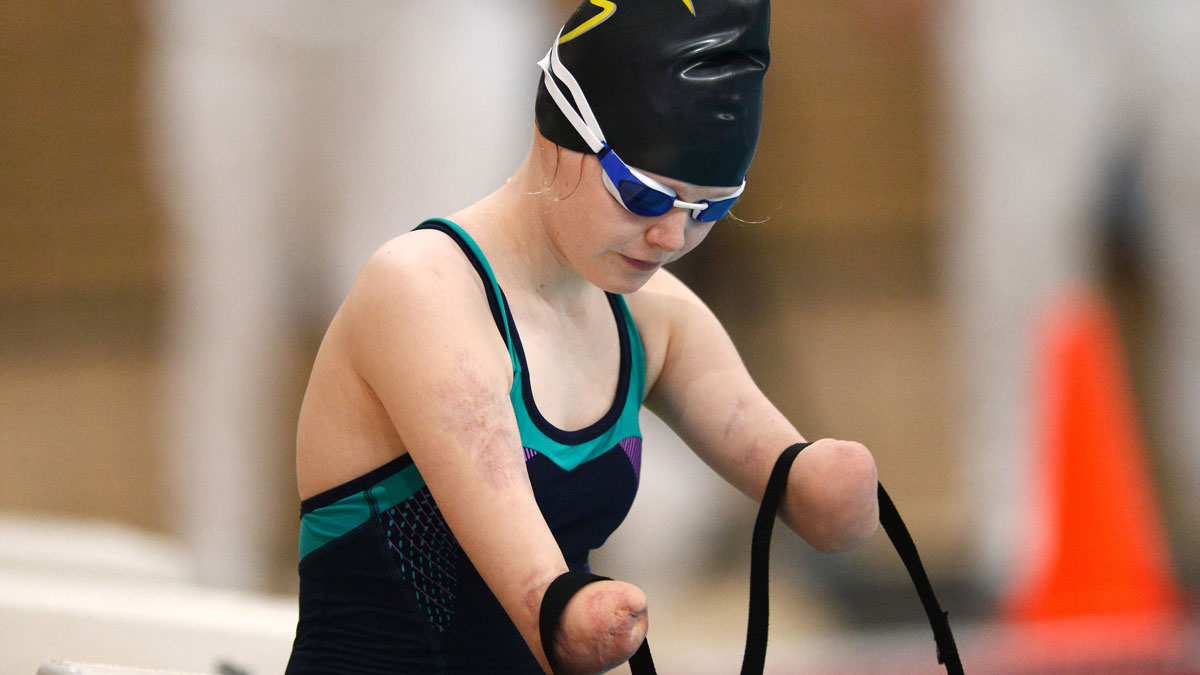 42 athletes from the Swim England Para-Swimming Talent team have qualified to compete in Glasgow, which equates to 87% of the entire programme’s swimmers.

Mwaba Mkwasa and Georgia Sheffield will make their debuts at the British Para-Swimming International Meet, adding to the depth of experience within the team.

The event gives those in the talent team the opportunity to put into practice everything they have worked on with their coaches throughout the year.

Swim England Para-Swimming Development Manager, Martin Lees, said: “Athletes have been developing daily and weekly competition plans, alongside process goals leading into the meet, to ensure they are well prepared and aware that timelines may be different at an international level meet, compared to those that they normally attend.

“Great performances would be fantastic to see, but the main focus will be on gaining experience of competing alongside international athletes and seeing if they can execute their skills and processes under those conditions.”

S14 competitor Reece Dunn will be competing in only his second para-swimming meet and his first at international level.

Having broken the 100m Freestyle British record in December, the Plymouth swimmer will be eager to make an impression on the world stage.

Colchester Phoenix swimmer Ellie Challis has her eye on Tokyo 2020 and has an opportunity to prove her progress.

Challis, who is the lowest classification swimmer in the country, broke the 26-year-old British record in the 50m breaststroke at the National Para-Swimming Championships last December and will race across all four strokes.

Meanwhile, visually-impaired twins Scarlett and Eliza Humphrey will compete against each other in six events, with Eliza also taking part in the 100m Butterfly.

Visit the Swim England website for daily updates throughout the week.