It was billed as the race everyone had been waiting for … and the Men’s 200m Freestyle final didn’t disappoint on the final night of the British Swimming Championships.

A stellar field included all the members of the Team GB 4x200m Freestyle Relay team which won gold at Tokyo 2020 Games plus Olympic champion Tom Dean and runner-up Duncan Scott.

It was the fastest two times in the world this year with Bath National Centre’s James Guy, who had led at the 150m mark, taking the bronze medal in 1:46.44.

Scott said: “To be honest, I was quite disappointed with how the heats were as a 200m Free in Bitrain as a whole, I thought we were quite lazy this morning,

“I don’t know if it was a couple of us feeling sorry for ourselves on last day of the meet, but I just thought the standard we need to try to hold, it wasn’t good enough.

“But some people moved it on quite a bit there tonight. It was good to see. I just hope we are able to keep moving things on the rest of this year and the next few years then into Paris.”

Dean said: “The 200m Free at the end of this week is always so special – we saw it at the last trials and we saw it here as well.

“It’s like the blue riband event for British Swimming at the moment, it’s so strong. We showed that with the 4x200m Free at the Games, we’ve got so much depth – and a one-two with Duncan, I don’t think I’ll ever get tired of doing that.

“What I really wanted to do was get that 100m Free and my 200m IM sorted. I got PBs in both of them and qualification in both of them, which is brilliant.

“It’s probably the best week I could’ve hoped for. I’m really happy with how the team has done and how I’m back to my best, it’s nice to be back in that position again.” 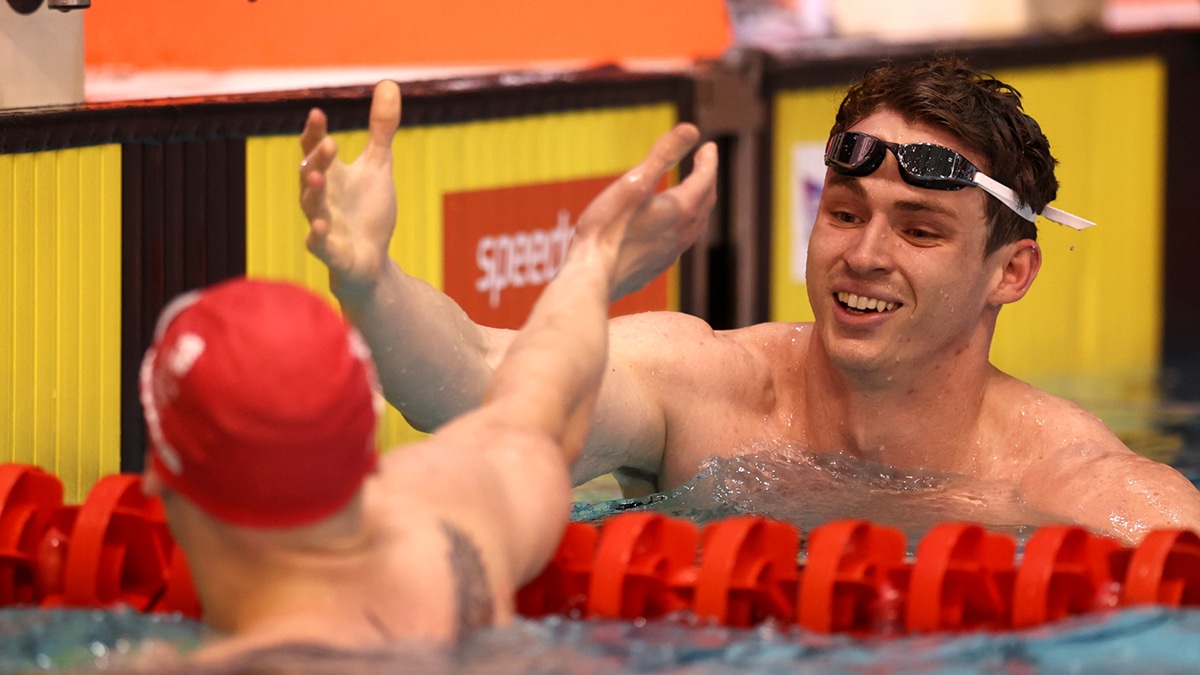 Ben Proud set the fastest time in the world this year as he won his sixth British Swimming Championships 50m Butterfly title.

Bath University’s Proud had qualified second fastest for the final behind Jacob Peters but produced the perfect performance to top the podium by 0.38 seconds in a time of 23.09.

Peters, of Bath National Centre, lowered his own personal best for the second time in the day as he clocked 23.47 to win the silver, with Wycombe District’s Adam Barrett third in 23.80.

Proud said: “That was much better than I expected.

“With coming to this unrested, trying to train through, last night (50m Free) was how we expected – but this swim here was better.

Me and Mark Skimmings spoke about the race this morning, really focused on small details, and it’s one of those races where I executed them and it paid off.

“I had to make the most of being pre-selected, which is what we’ve done. It’s about building through the year. A few of us are quite lucky to be able to train through and then peak in the summer.

“It will be a good couple of competitions back to back, which will be good fun to take part in, but we have to get this training bit in to be able to perform in the summer.

“All this racing is brilliant just to get yourself primed and ready to go, suits back on and get back into it.”

Laura Stephens impressed in the Women’s 100m Butterfly to win her second British title of the championships.

After topping the podium in the 200m race, Stephens admitted it was a case of job done after beating fastest qualifier Harriet Jones to the gold medal.

Loughborough National Centre’s Stephens turned just ahead of the 50m Butterfly champion Jones and never looked like relinquishing her advantage as they closed in on the wall.

Stephens said: “I really wanted to drop time from the heats, I wasn’t expecting that much of a drop, so I’m super happy with that.

“I listened to what Dave said, went through my process and then the scoreboard showed me something I wanted to see!

“It’s a massive confidence boost to come here this week and come away with two golds from two events.

“That’s job done and everything I wanted, so I’m really happy with that.” 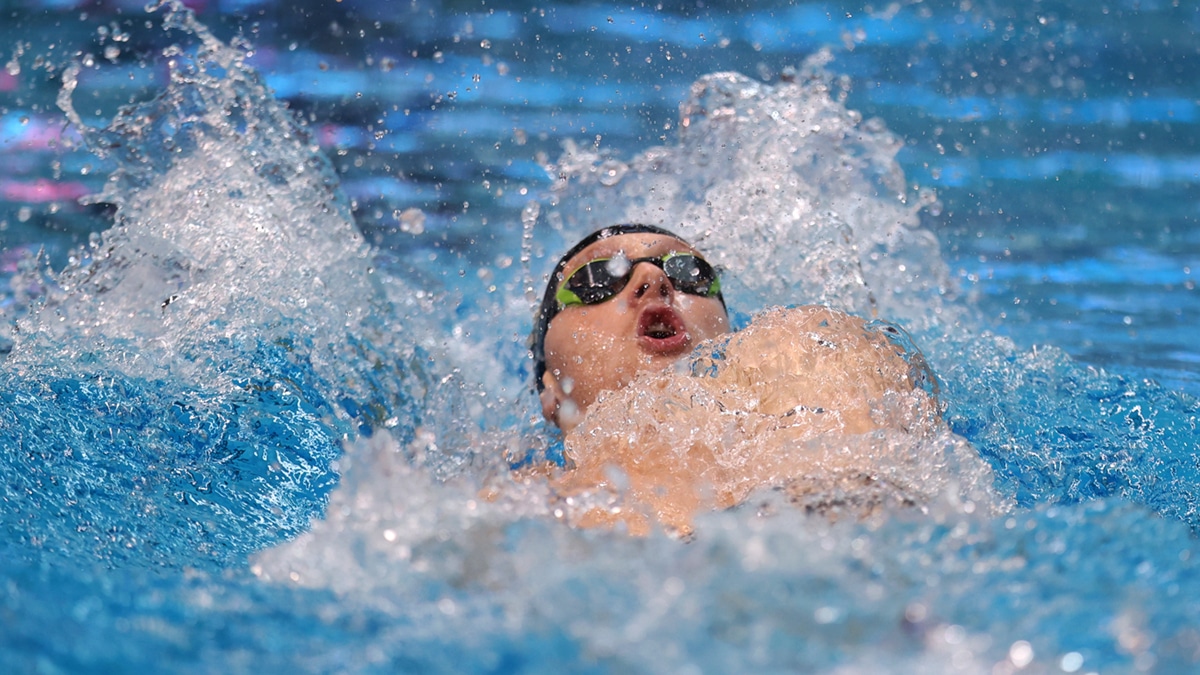 Luke Greenbank won his second gold medal of the 2022 British Swimming Championships – but was made to fight all the way for it by his 2021 Olympic Games team-mate Brodie Williams.

Loughborough National Centre’s Greenbank, who won bronze in Tokyo last year, triumphed by 0.33 seconds as he recorded a time of 1:57.57.

Williams, of the Bath National Centre, had led at the halfway stage but couldn’t find a way past Greenbank as he stretched ahead of the field as they turned into the final 50m.

Greenbank was made to work hard for his second gold, however, as he added the 200m title to the 100m crown he won on the second day of the competition.

He said: “It was quite a tough race. Maybe I went out a little too hard on the legs, and I hard Brodie next to me, pushing me all the way to the end.

“It’s nothing special, but for where I am at the minute, coming into this comp has been far from ideal preparation. I was ill with the flu for a couple of weeks, that knocked me back a little.

“I just wanted to come here and get some racing exposure, that’s one of the positives I can take from the week, that I have been competitive and progressing.

“There’s a lot to learn. A good block of training over the next 10 weeks into Worlds, a solid block and then I think we’ll be in a good place.” 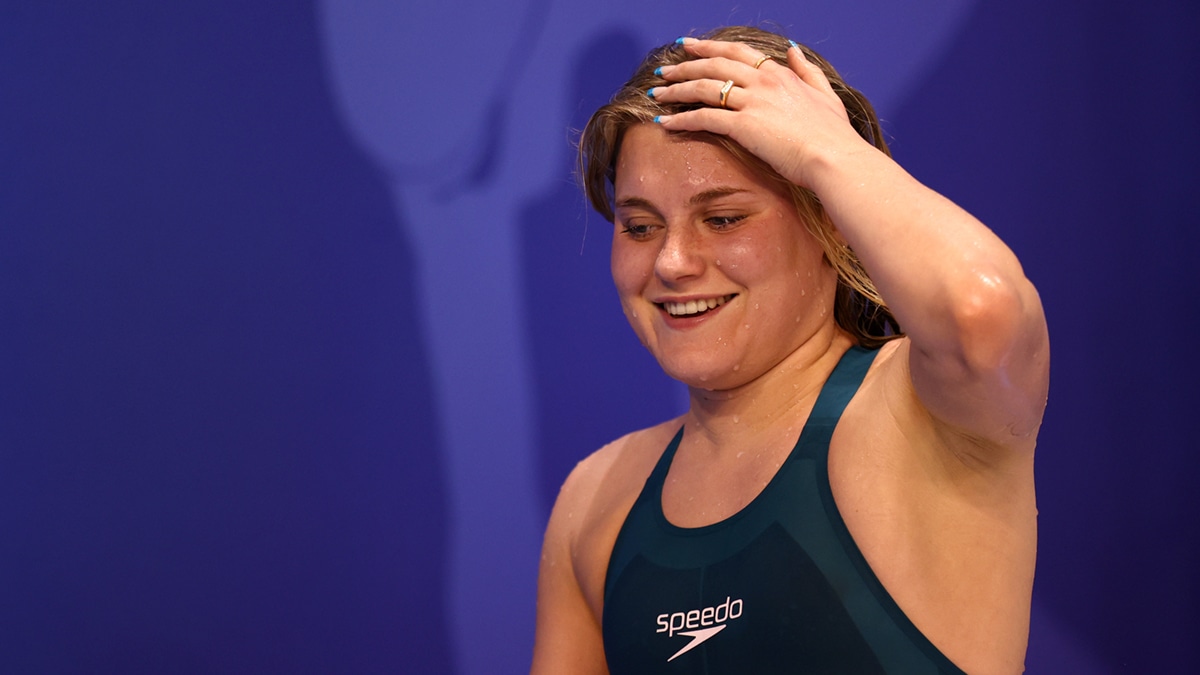 Barnet Copthall’s Fleur Lewis put on a tactical masterclass in the Women’s 1500m Freestyle after overturning a huge deficit in the final 50m of an exhilarating race.

She reeled in early pacesetter Amber Keegan and took the lead as they turned for the home straight to win her first senior British national title in a time of 16:45.51.

Keegan held a 10-second advantage at one stage after building up an impressive lead but she couldn’t hold on and had to settle for the silver medal in a new personal best of 16:48.33.

Lewis said: “It’s mainly just about trusting my swimming, my training at home.

“I train to back end things normally. I didn’t actually know if I could catch her, I’m not going to lie – but as the race went on, I slowly saw that I was catching up, which gave me more energy to swim faster.

“I saw to my right how quick Imogen went out, but I always knew she was going to go out quick – it was just about bringing it home for me.

“I’m not sure what that was, but trying to make that 36.0 coming back has been the goal this season. Hopefully this just builds into faster swimming in the summer.”