Maisie Summers-Newton set a new world record to win World Series gold in the 200m Individual Medley on the opening night of the British Para-Swimming International Meet in Glasgow.

The Northampton swimmer broke her own previous SM6 world best, clocking 2:57.99 for a total of 1027 points, with the time subject to ratification.

With this week’s national meet having the added incentive of being the seventh leg of the World Para Swimming World Series and acting as trials for the British team ahead of September’s World Championships, Summers-Newton has certainly made an immediate impression.

The 16-year-old, who is already a four-time European champion, had comfortably achieved the qualifying standard for the worlds in her heat, but laid down another benchmark in the multi-class (MC) final.

It could be the first of many trips to the podium this week for Summers-Newton, who will also compete in the 100m Freestyle, 400m Freestyle, 100m Backstroke, 100m Breaststroke and 50m Freestyle.

“I didn’t feel that confident coming in,” she said. “I was just really nervous, but my main goal was to just qualify in the heats and do really well in the final. To do that, I’m really happy with it.

“My whole club have just been really supportive, so it’s just working really hard with them and hopefully I get the gold at the end.”

There was more joy for Britain in the same race, with another SM6 competitor, Camden Swiss Cottage swimmer Ellie Simmonds, grabbing bronze.

The eight-time Paralympic champion just missed out on the consideration time for the World Championships as she finished in 3:03.40 for 941 points, though plenty of chances remain for her to seal a return to the London Aquatics Centre.

Reece Dunn set a new S14 world record – subject to ratification – for the second time in a day as he won gold in the men’s multi-class (MC) 100m Freestyle.

The Plymouth Leander swimmer claimed both World Series gold and British gold, touching the wall in 51.92s for a total of 1094 points.

Dunn’s performance was made even more impressive by the fact it followed a gruelling 200m Individual Medley heat in the first session. 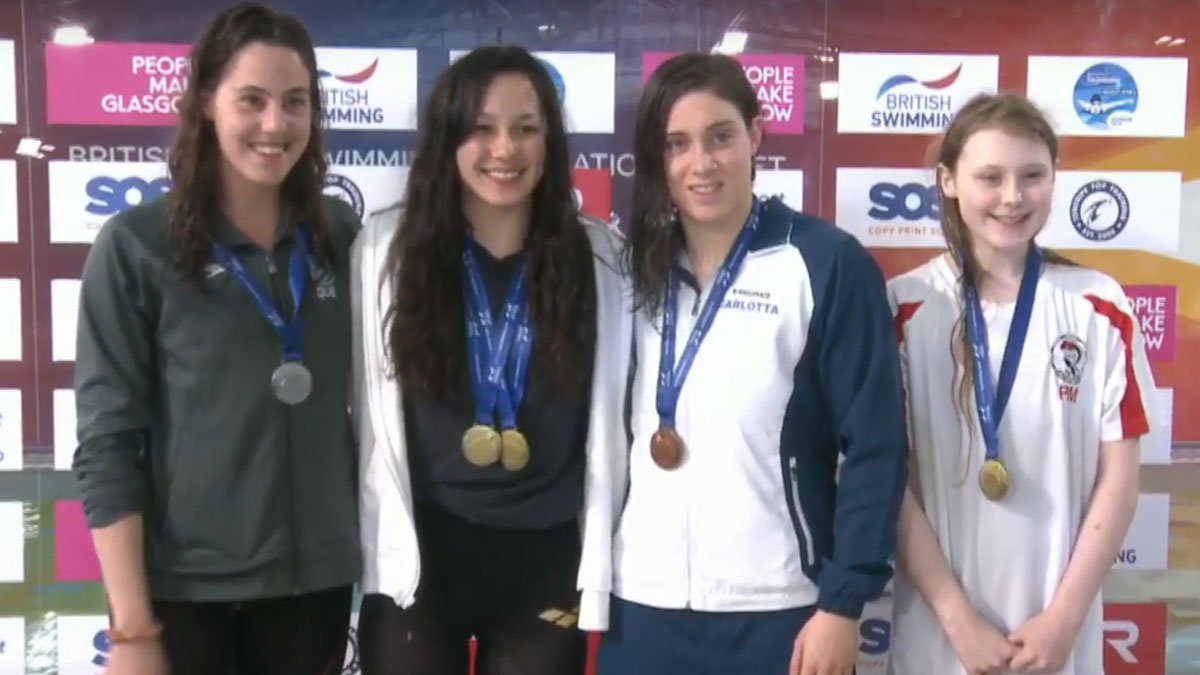 Tai on top of the world

The S8 swimmer, of Ealing SC, clocked 1:04.06 to claim 981 points and continue her strong build-up to the World Championships.

Tai is a gold medallist at Paralympic, world, European and Commonwealth level.

“I’m pretty pleased with the time and the process of the race,” she said. “There are a few things I spoke to my coach about for the next time I swim, but I’m pretty happy with that.”

The Colchester Phoenix swimmer was more than 20 seconds quicker than the previous best mark as she clocked 3:28.97 for a total of 578 points.

Challis, the lowest classification swimmer in the country, broke a 26-year-old British record in the S4 50m Breaststroke at the National Para-Swimming Championships last December.