A group of 17 coaches from across the country have successfully completed Swim England’s Coach 2024 programme – revealing the game-changing impact on their approach to leading a swimming club.

Lindsay Trimmings, Swim England’s Coaching Development Manager, said: “It has been rewarding to see the progress made by each of these coaches over the last 14 months.

“Their desire and passion to constantly improve is a great sign for the future of swimming in England and Great Britain.

“We look forward to seeing them implement everything they have learned into their respective clubs.

“This excellent programme was put together by Joanna Jones and I was proud to support the coaches over the final few months.”

As the coaches reflected on the positive lessons they learned throughout the programme, a recurring theme was the challenging nature of expectation as the lead of a swimming club.

City of Coventry head coach, Adam Ruckwood, said: “It’s made me ask a lot more questions of my athletes and my coaching staff.

“It’s given me clarity of purpose and I’ve thoroughly enjoyed it. Being a head coach of a fairly big club, you are quite isolated.

“It can be quite a lonely position, so to get a chance to chat with some of your peers in a safe environment has been really good.”

Team Bath’s Chris Alderton said: “It’s not about having it on the resume, but it’s about having the self confidence, because you know you’ve got the backing of the National Governing Body to do what you do.

“It can be a little bit isolating as a head coach, so it’s really beneficial being around people who share experiences but have very drastically different ideas that I can tap into and learn from.”

Emma Collings-Barnes began the programme shortly after being promoted to the position of Director of Swimming at Mount Kelly.

She said: “It can be a lonely job, coaching, especially when you’re in a position of authority. You can feel like you don’t have anyone to talk to.

“By having these regular workshops, I was exposed to people I wouldn’t normally have contact with.

“The amount the programme has helped me evolve over the last 12 months especially has meant I’ve been more successful because I’m willing to listen to other people and help promote my coaches in an environment where they can try and fail.

“There is no right or wrong way, we’re all in it together.” 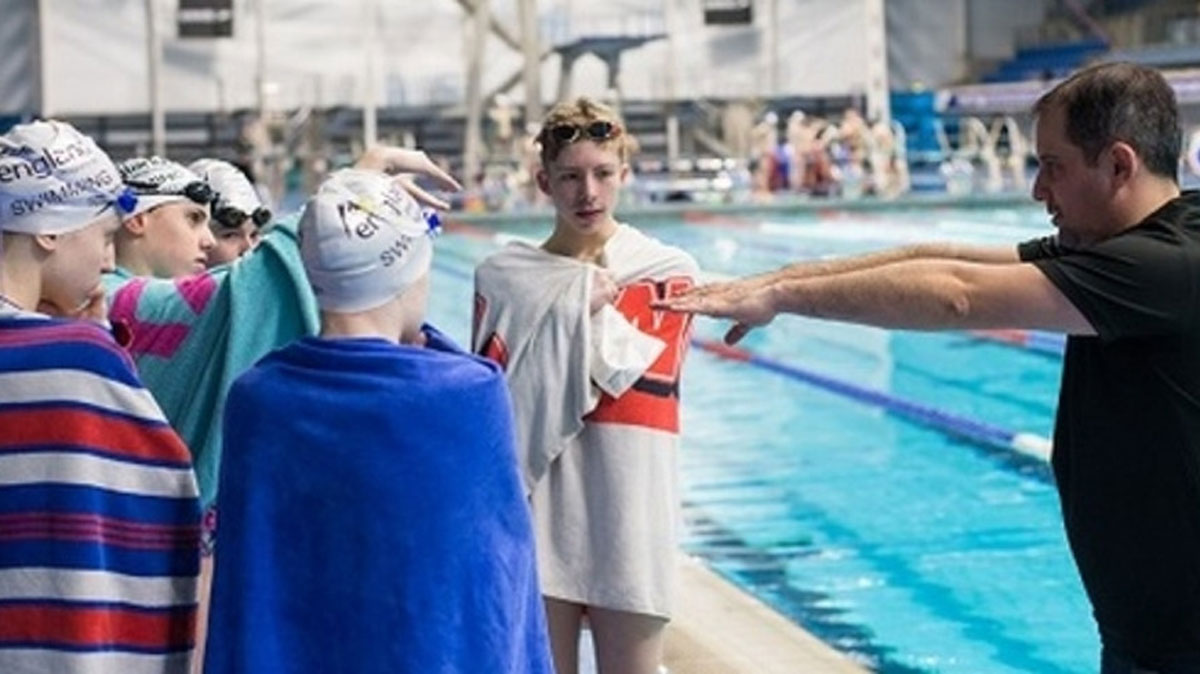 The coaches were tasked with reflecting on their coaching practices and behaviour, using insights including personal profiling to better understand the needs of their coaches and athletes.

City of Manchester head coach, Mark Rose, said: “It’s interesting listening to the challenges of others, because if you listen to the complications they’ve had implementing their programme, you can see things coming and make sure you pull back and have a better understanding.

“It’s been a really useful programme. It’s been good to reflect, great to reset and great to reestablish contacts with people from around the country.”

“There hasn’t been one session where I haven’t come away inspired, energised and revitalised.”

Lisa Atkinson had just taken on the Head Coach role at City of Bristol Swimming Club as the programme began.

She said: “It’s helped me take a step back before reacting to things. I think it’s quite easy as a coach to be quite reactive to what you’re seeing, rather than actually trying to figure out who the person is, why they’re acting in a certain way and how you get the best out of them.

“That was probably the biggest change, I’ve started to realise that. It’s about how much stress is being put on them by school and their parents.”