James Guy admits he can’t wait to make his family and the nation proud at his first-ever home Commonwealth Games – in the ‘final phase’ of his career.

“I’m 26 and to have my first ever home games is fantastic” said Guy, who has won six Commonwealth medals in his two previous appearances at Glasgow 2014 and Gold Coast 2018.

“I missed out on London in 2012. I was really, really young but you know, it’s quite nice to be part of this now.

“Obviously, I’m in the kind of third and final phase of my career. It may be my last Commonwealth Games, I don’t know – we’ll see how that goes.

“But it’s going to be great. The crowd is there for us and nobody else.

“That’s one thing we can use to our advantage – the people in the crowd are shouting for Team England and nobody else.

“Having mum, dad, my brother, my girlfriend there is gonna be amazing. So yeah, I can’t wait to do them all proud.”

Guy, who will be competing in the 100m and 200m Butterfly plus relay races in Birmingham, is one of the elder statesmen of the 48-strong Team England squad.

And he has a key message for the younger swimmers who will be making their first appearances at the Commonwealth Games.

“It’s about enjoying yourself,’ he said.

“At the end of the day, we’re only swimming so it’s about doing well for your team, making your family proud, yourself proud.

“Just enjoying what you’re doing and actually having fun racing.

“Right now, I’m enjoying the process of the journey a lot more than I used to, which is really, really important for these young swimmers coming through. 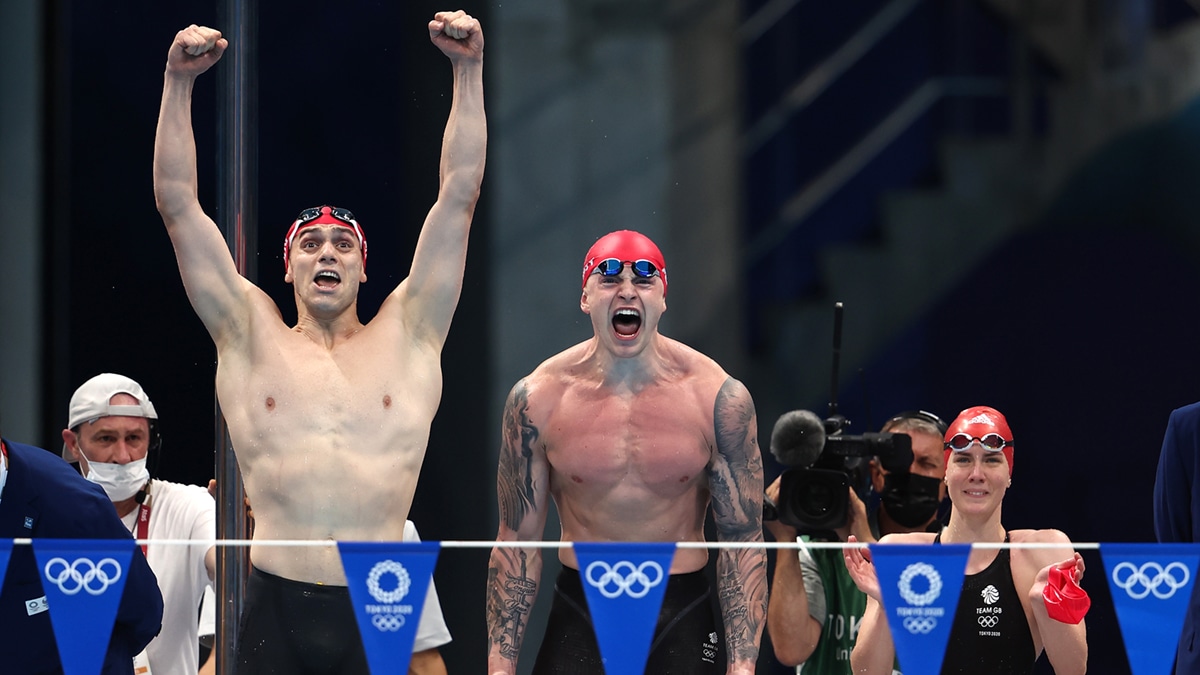 “Enjoy what you’re doing because it’s not forever.”

Guy fulfilled a lifelong dream at last year’s rearranged Tokyo 2020 Olympic Games as he won two gold medals and admitted at the time it was ‘pretty emotional’.

So will we see similar scenes at the Sandwell Aquatics Centre?

“I don’t actually know,” said Guy, who was in tears in Japan after being part of the victorious Men’s 4x200m Freestyle Relay team.

“I think that was a lot of emotion built up for a long time last year and that’s all been released now.

“I’ve been called James Cry multiple times since the Games. It might come out again but it depends on the circumstances.

“Obviously, it’s going be a fantastic event and I’m proud to be part of that.

“Being a home Games is pretty special. Hopefully, when we are competing and we are swimming fast, people will use that as inspiration.

“For example, whenever you see the Masters, the next day the golf course is rammed full of people.

“Hopefully, we can do the same with kids swimming and other sports across the country. That’s what it’s about.

“So hopefully the next generation can use the Games as a bit of inspiration and take our places after we retire.

“Having everyone cheering for us and waving to the crowd and seeing kids smiling is going to be fantastic.”