Commonwealth Games multi-medallist Tom Dean says it’s an honour to be inspiring the stars of the future.

And he admitted he owes a debt of gratitude to the coach who guided him through the early stages of his swimming career.

It’s been a momentous 12 months for Maidenhead-born Dean, who won two golds at the rearranged Tokyo 2020 Olympic Games last year and has become an inspirational figure to club swimmers up and down the country following his success.

It’s a responsibility he is happy to carry on his 22-year-old shoulders.

He said: “I am very grateful and fortunate to carry that responsibility into my swims and lead by example.

“One of the best things about it being a home Games is there will be a lot of young swimmers from local clubs and it’s an opportunity to showcase ourselves.

“If I can carry that responsibility and leave the impression I want to leave, then that’s a great honour. 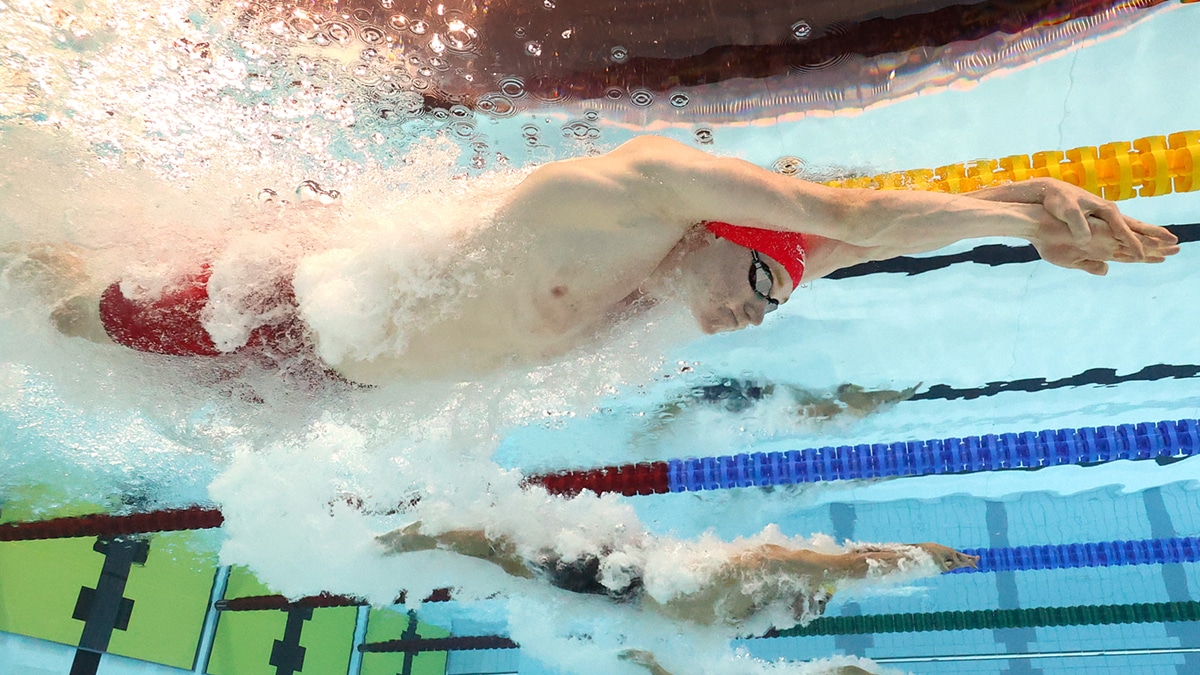 “There’ll be swimmers just starting out on their campaign. If I can win medals and show that can be done from an English swimmer, that’s like all you could really ask for isn’t it from the sport.

“If you can’t see it, why would you think it’s possible?

“If you’re a young swimmer and you can see people from your country doing these incredible feats, winning medals on the world stage and beating other major countries, then I think it’ll really be a source of inspiration for young swimmers.

“I think that’s the most special thing about home Games.”

Dean praised his first coach, Paul Lloyd, for guiding him during 10 years at his local club, Maidenhead SC.

“I joined when I was eight years old,” said Dean, who now swims at the Bath National Centre.

“The club had a massive impact on me through my developmental years as a teenager and kind of going up through the age group swimming ranks.

“My coach Paul Lloyd was the one that guided me through those years so I owe a great debt of gratitude to him.”