He scored 568 points to take the title ahead of S10 swimmer Kieran Williams. 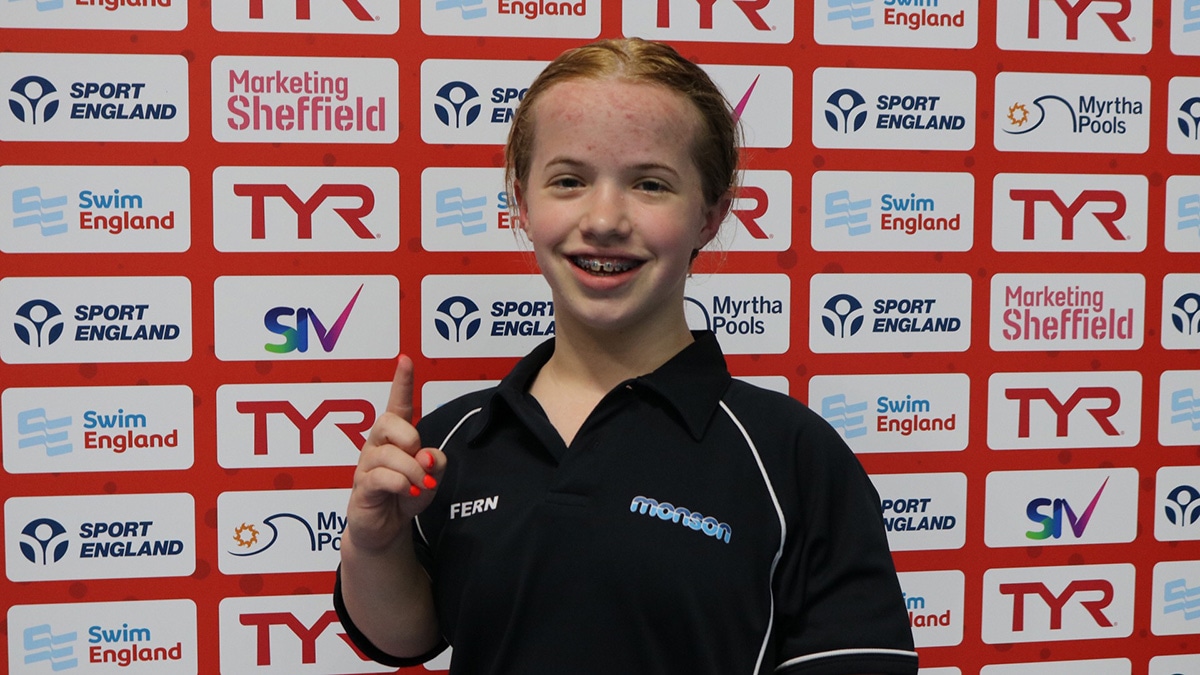 Fern Sneddon set her second personal best of the day as she won the Women’s MC 100m Freestyle.

The Royal Tunbridge Wells Monson SC swimmer clocked her fastest ever time of 1:27.21 in the morning’s heats.

Marco Roberts chopped a huge two seconds off his personal best to triumph in the 13-14 Years race.

The 14-year-old Hackney swimmer had qualified for the final with his quickest ever time of 1:13.12.

But he obliterated that to take the gold medal in a race that saw only 0.79 seconds separate the top three.

Chelsea and Westminster’s Edward Whittles was the bronze medallist in a time of 1:11.83.

In the 15 Years race, City of Leicester’s Alexander Casey also set a new personal best as he topped the podium.

Wycombe District’s David Eddy was second in a time of 1:09.06, narrowly ahead of the bronze medallist, Cockermouth’s Jack Smith, who finished in 1:09.13.

Stratford Sharks’ Daniel Cox touched home a fraction of a second ahead of Royal Wolverhampton’s Daniel Parsons in a thrilling 16 Years race.

There was a five-way battle for the gold in the 17 Years race with City of Milton Keynes’ Alexander Meijer finishing first in 1:06.38.

Just over half-a-second was the margin between the top five.

Derwentside’s Joel O’Halleron was a comfortable winner in the 18 Years and Over competition.

That was 0.75 seconds in front of the silver medallist, Derventio’s Joshua Pemberton who clocked 1:04.64.

Rosie Richards cruised to the gold medal in the 12-13 Years race.

The Rushmoor Royals’ swimmer won by a comfortable 1.24 seconds as she touched home in 1:15.16.

City of Cambridge’s Sofia Pappas-Katsiafas Pom was victorious in the 14 years race by more than half a second.

Maxwell’s Gracie Hudson was the bronze medallist after recording 1;15.26.

In the 15 Years race, Chesterfield’s Sophie Baker came out on top ahead of Thanet Swim’s Maddison Lay.

City of Peterborough’s Beth Dennis was crowned national champion in the 16 years contest.

She touched home second behind Toronto Canada’s Madeline Spencer, who won a commemorative gold medal for her time of 1:11.66.

The national bronze medal was won by Fareham’s Hannah Cooper in a time of 1:15.10.

Ashley Ransome put on a strong last 50m to take gold in the 17 Years and Over race.

She was trailing City of Birmingham’s Elizabeth Kingham by 0.58 seconds as they turned for home.

Brompton’s Pixie Lale-Klasicki was third as she finished in 1:13.48.