The Swim England National County Team Championships returns to the swimming calendar in 2022!

Face paint, flags and shields are at the ready as the 37 counties from all across the UK bid for the title.

More than 900 swimmers will descend on Sheffield’s Ponds Forge to compete across two divisions throughout the day.

Devon are the reigning champions after taking a resounding victory back in 2019 to seal their first-ever National County Team Champs triumph. 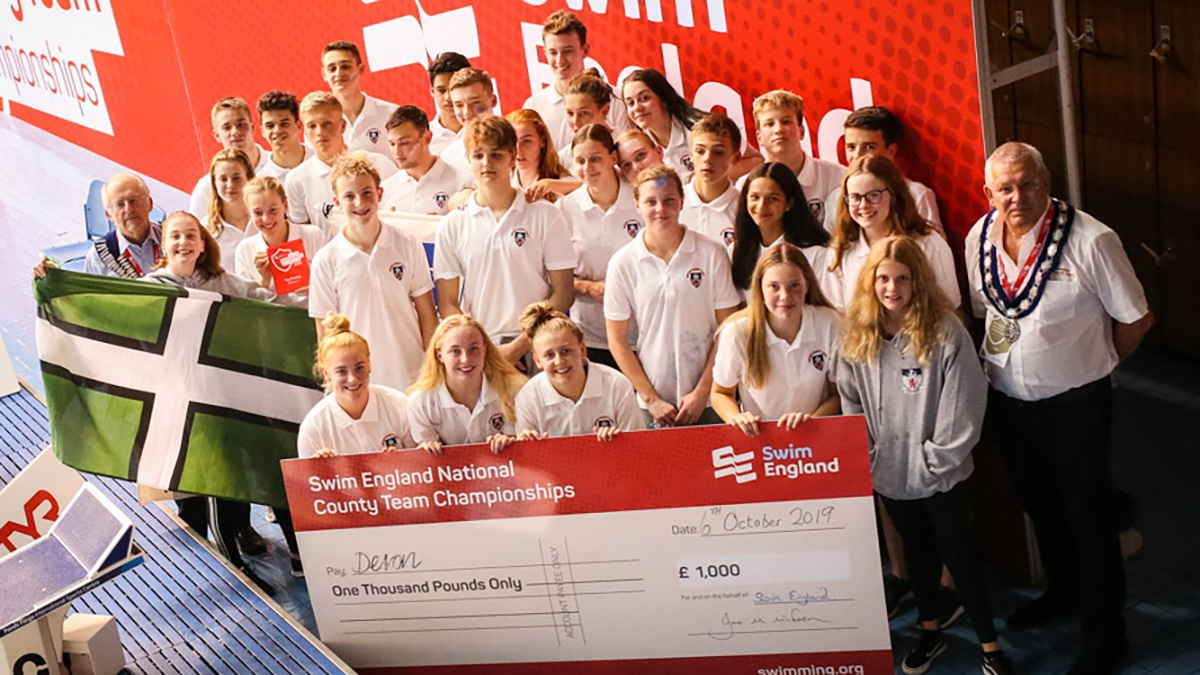 Leicestershire, Cambridgeshire, Worcestershire and Swim Wales West were the teams to earn promotion into the top division at the 2019 event.

Meanwhile, Cheshire, Derbyshire, Northamptonshire and Shropshire were relegated to division two but will have their sights set on regaining promotion this time around.

The event is always fun and colourful, whilst maintaining that competitive edge to it.

Nothing summed that up more than one of the Devon coaches, Glenn Currie, who after his county’s victory said: “We love this event – it’s awesome and a great bonding event for us.

“Winning for me personally, is a great result. We said in our team meeting that we should just go have some fun, race hard and it’s worked.”

Last time out, Berkshire and South Buckinghamshire swimmers Kreswin Smith and Alice Weston explained that they had the ‘time of their lives’ after travelling 170 miles to be at the Sheffield venue.

This year there will be many athletes looking to make similar memories, so make sure you don’t miss a minute of the action.

All races from both division one and division two will be streamed on the Swim England Live Stream page.