Butterfly specialist Emily Large reassures swimmers that it’s ‘never too late to join a club’ as she reveals how club swimming has shaped her as an athlete and a person.

The 20-year-old says she believes being part of a club gives people ‘more opportunity in life’ due to the skills that are learned.

Emily says her parents often reminisce about her dislike of being in the water from her early days of learning to swim.

However, her swimming teacher spotted the potential, as the now Bath National Centre swimmer explains: “My swimming teacher that I had told my mum and dad and was like, ‘she’d be a good little swimmer’.

“My sister was involved with the swimming club at Ponteland at the time and I just said to my mum and dad that I’d quite like to get involved. She’s probably the one that introduced me to the other side of swimming, the competitive side.”

“I was at Ponteland until I think it was age 11 or 12 and then I moved to what was City of Newcastle, which then merged with another local swimming club to become what’s now Newcastle Swim Team.

“I stayed there for about eight years or so and then moved to the national centre at Bath in September just gone,” she added.

There was less than 10 years since Emily had her first taste of competitive swimming experience at aged eight, to competing in the Commonwealth Games on Australia’s Gold Coast in 2018. 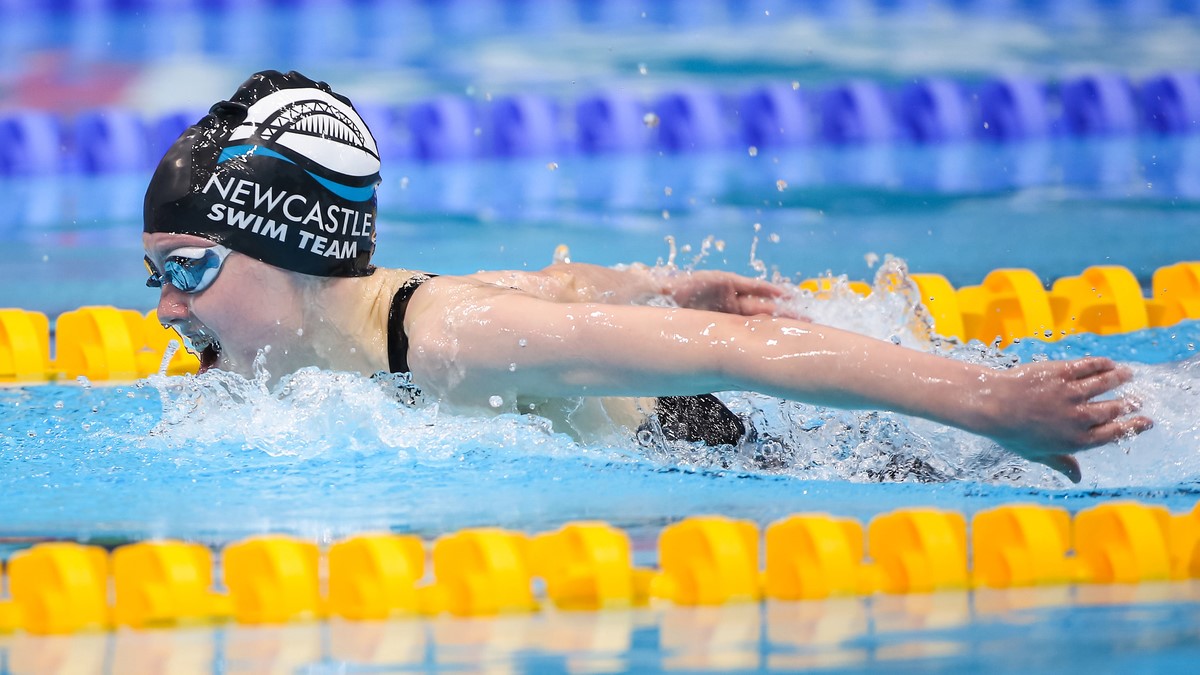 In that time, her personal development had also grown, and she explains the role that her swimming played.

Emily said: “Having swimming there while I was still at school gave me a lot of skills which I learned, those being time management and making sure I was organised.

“That made sure that I was doing my school work on time and stuff. If I didn’t have swimming I think I could’ve got a bit lazier but with swimming being there, it actually taught me a lot of skills that I can take on into later life.

“Swimming’s now my job so it definitely shaped me as a swimmer and as a person as a whole because it gives you a wider outlook on life.

“Everything you do in the pool you can apply to everyday life and it’s just something that I’d definitely recommend getting involved in.

“It’s also just a vital life skill that you want to have when you’re older being able to swim.

“You meet a lot of new people along the way so it’s just something which you can kind of branch out and open out and it gives you more opportunity in life I’d say.”