Swimming coaches Emma Collings-Barnes and Paddy Ham have been named as finalists in the prestigious UK Coaching Awards.

Emma, director of swimming at Mount Kelly School, has been shortlisted for the Talent Development Coach of the Year award, while Sevenoaks Swimming Club’s Paddy is a contender for the Young Coach of the Year.

The winners will be announced during a virtual ceremony on Thursday 3 December. 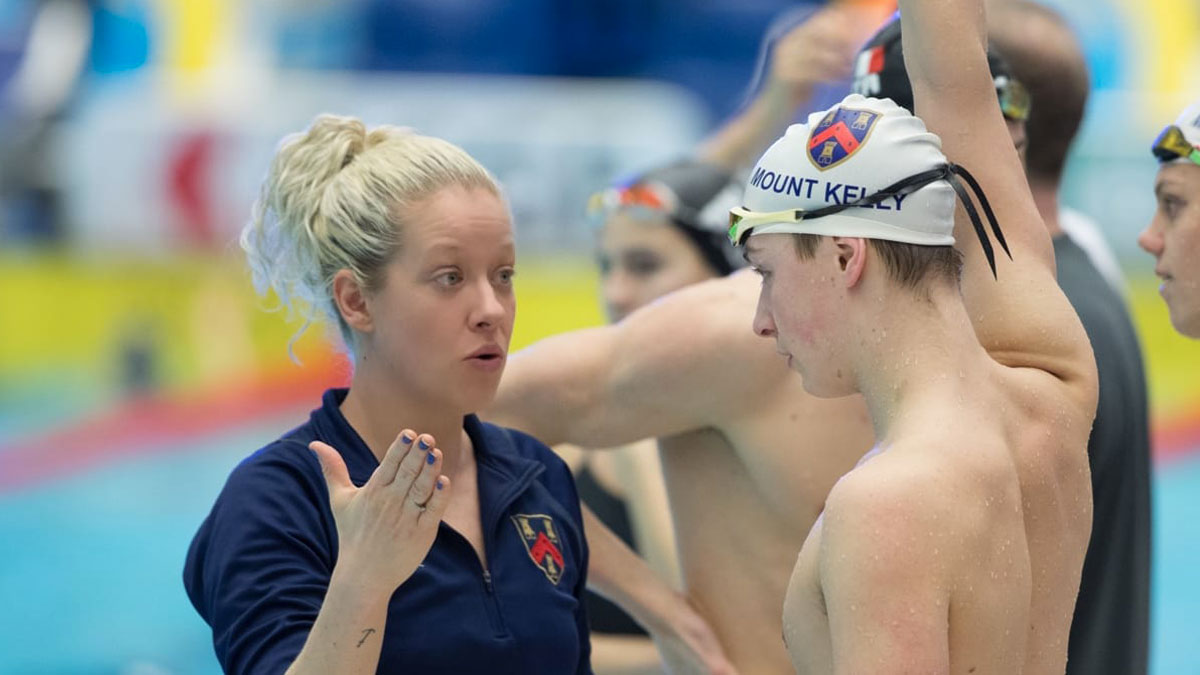 Emma has been at the helm of Mount Kelly’s swimming programme for the past two years and has 178 students swimming on the national stage and achieving a number of successes.

She said it was ‘overwhelming’ to be shortlisted and praised the team of coaches and swimmers she works with.

“It’s a total honour to hear the news of becoming a finalist in the UK Coaching Awards,” said Emma.

“To be honest it’s a little overwhelming. I coach because of my passion and pride for Mount Kelly Swimming, as well as seeing the journeys of positive change in the athletes, but to receive this recognition is such a wonderful boost.

“I am very lucky to lead an incredible team of swimmers and coaches and to work with them doesn’t feel like a job at all. I am very humbled.”

Emma is up against gymnastic coach Amy Moulton and canoeing’s Trevor Hunter for the prize.

Paddy’s pride at being nominated 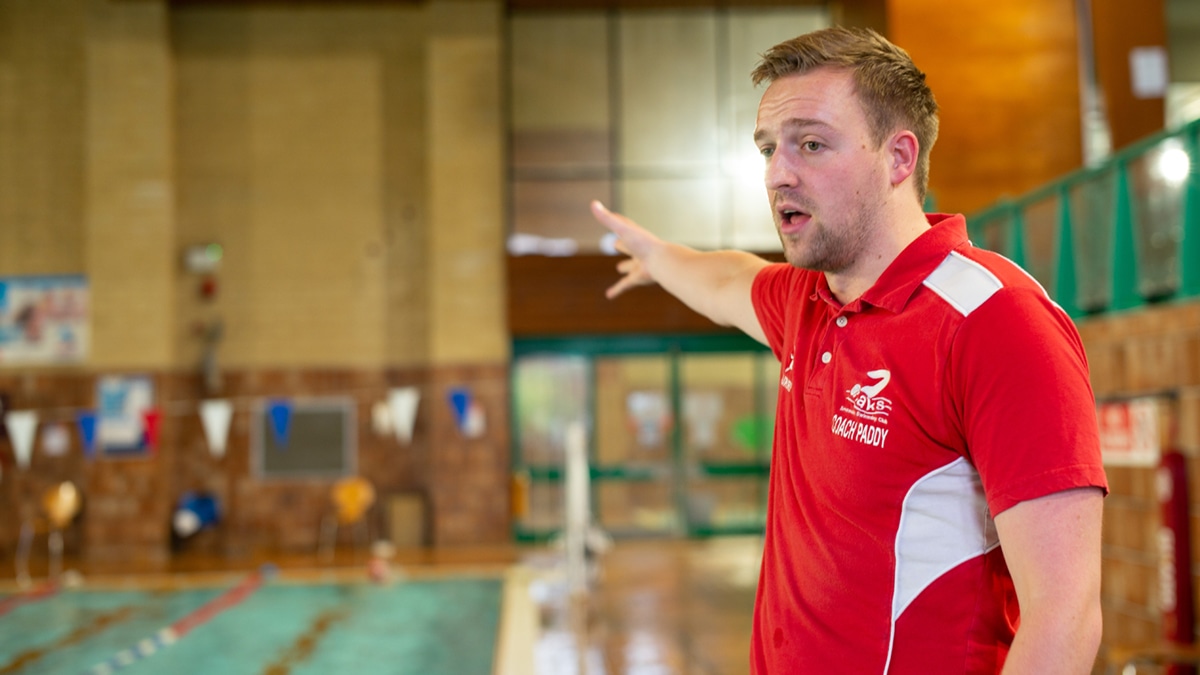 Paddy said he was extremely proud to be in the running for the Young Coach of the Year Award.

The 25-year-old has also been shortlisted alongside Moulton plus gymnastic’s Issy Haigh and wheelchair basketball’s Fran Evans.

He said: “After what has been an extremely tough year, it is an honour to me that all the work and effort has been recognised by UK Coaching.

“I honestly didn’t think I would get this far – I was really proud to be nominated by Sevenoaks Swimming Club, let alone be a finalist for this award.

“I could never have predicted when I started coaching swimming four years ago that it would lead to this so to say I’m pleased would be an understatement!

“Whatever happens now, I’ll be really happy. All the work I did during lockdown was already rewarded with all my swimmers wanting to come back after lockdown was lifted.

“Being a finalist for Young Coach of the Year is the icing on the cake and I couldn’t be prouder!”

The awards aim to recognise and honour the efforts of coaches across the country and the contribution they make in transforming lives in communities nationwide – especially poignant this year, against the backdrop of the coronavirus (COVID-19) pandemic.

Emma Atkins, UK Coaching’s Director of Coaching, said: “The UK Coaching Awards is a true highlight of the year and although December’s event will look slightly different, it is more important than ever to recognise the outstanding contributions of coaches this year.

“More than three million people regularly coach across the UK and I’ve been absolutely blown away with how quickly coaches were able to adapt during the pandemic to continue meeting the needs of their participants, from grassroots to elite level.

“I would like to offer huge congratulations to Emma and Paddy and all of those who have been nominated for awards.

“The standard of nominations we received this year was extraordinary, demonstrating the impact that great coaches have had this year.

“Thank you to all our coaches across the UK, and to our finalists. We are all looking forward to celebrating your achievements in December.”