After Cumberlidge’s strong opening split of 49.28, Proud threw the English team well into the medal mix with a storming 48.35 swim.

Commonwealth newcomer Parkinson (49.28) kept the English in the hunt before Guy (48.34) brought the team home for his second medal in as many days after yesterday’s 400m Freestyle bronze.

“I had 36 hours to put my head together and focus on this,” said Proud.

“We do not get the chance to train as a team very often. I gave everything I could and the team did the same.”

Luke Greenbank narrowly missed a medal on his Commonwealth debut as he finished fourth in the 100m Backstroke.

The Loughborough NC swimmer set a lifetime best in the final, finishing in 54.37 but missing the podium by just 0.23 seconds. 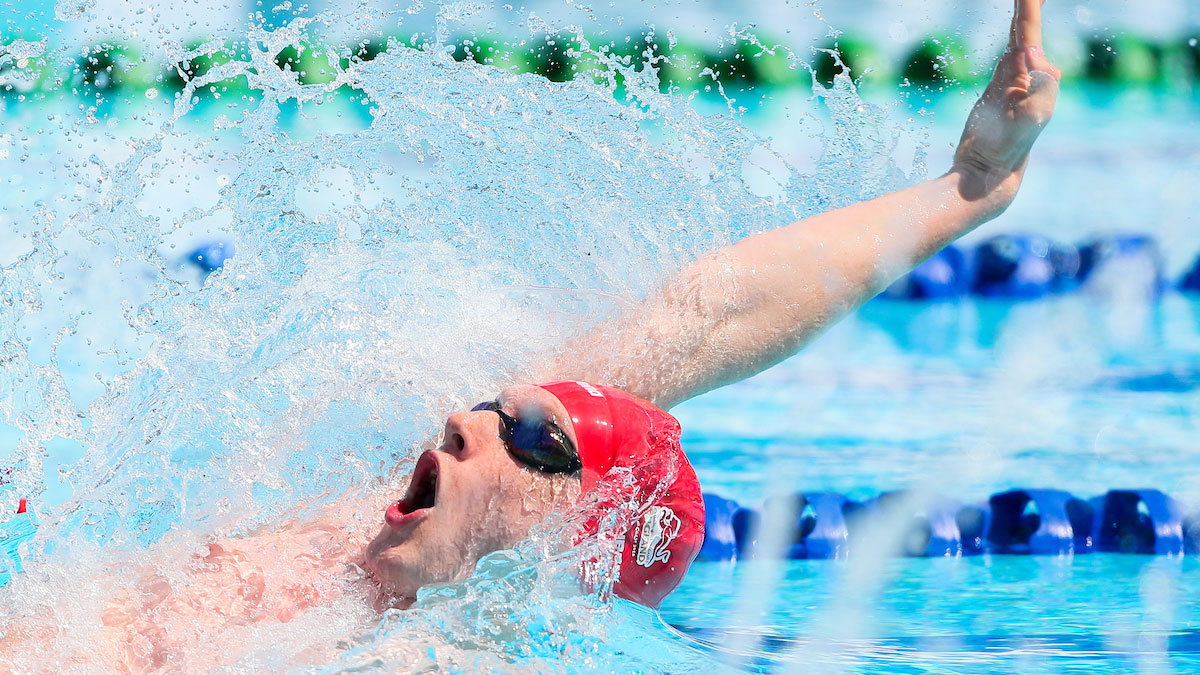 The City of Sheffield swimmer was within a second of his PB as he came home in 4:19.41, improving his ranking two places from yesterday’s heats.

Olympic champion Adam Peaty was the star of the second day’s semi-final action, lowering his own Games record in the 100m Breaststroke.

Peaty won his heat in 58.59 to book lane four for the defence of his title in tomorrow’s final.

Teammate James Wilby, who won 200m Breaststroke gold on the opening night in Australia, was second fastest through in 59.69 while Andrew Willis also progressed on 1:01.29.

Anna Hopkin will also be in a final for Team England tomorrow after finishing seventh fastest from the 50m Freestyle semis in 25.33.