Tom Dean produced the best individual performance of his career to win a superb silver on the opening night of the European Short Course Swimming Championships.

The 19-year-old National Centre Bath swimmer knocked almost four seconds off his personal best as he clocked the second fastest 400m Freestyle time in the world this year to stun the field at the Tollcross International Swimming Centre in Glasgow.

After qualifying from the heats eighth fastest in a then personal best of 3:41.75, Dean bided his time in the final before making his move with 150m of the race remaining.

Lithuania’s Danas Rapsys took the gold medal in a championship record time of 3:33.20, with Italy’s Gabriele Detti third after clocking 3:38.06.

“I didn’t come here with expectations of a medal in any event and the 400m Free is so new to me – it’s only really been this season I’ve picked it up.

“Training with Jimmy (Guy) has pushed me harder on the longer sets, so I’m really happy.

“I didn’t think I could win a medal – I just thought I’d float the first 200 and see if I could stick with these bigger boys and I knew I had more to give down the back end.

“That’s my first senior individual medal, which is pretty cool!” 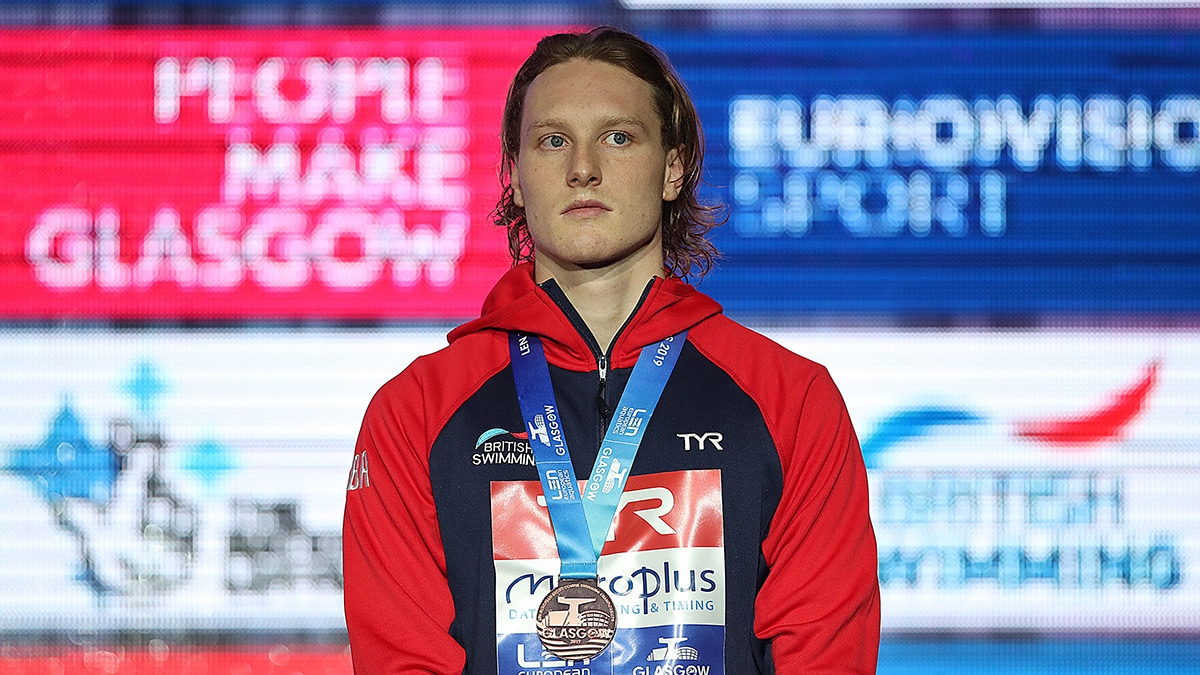 Dean’s success was Great Britain’s second medal on the opening night after Luke Greenbank broke his own British record to win bronze in the 200m Backstroke.

Hours after shattering a British best which had stood for 10 years in the semi-final after finishing in 1:50.47, Greenbank stormed to bronze with a late surge that almost saw him pinch the silver medal.

The National Centre Loughborough swimmer was fourth going into the last 50m but he touched home in third in a time of 1:50.09.

Greenbank said: “That felt amazing – I felt a lot smoother than in the heat.

“I was a little unlucky to not go sub 1.50 but I’ve got that in me. But the main thing is I’m over the moon to come away with a medal.

“I’ve got the 100m tomorrow and that has given me a lot of confidence.”

“It’s really important to get off to a good start and I think once a few people start winning medals and swimming best times it really builds the momentum.

“There’s a good mood in the camp so hopefully we can carry this on!”

They had qualified third fastest following the morning heats but were sixth as Scott dived in for the final leg.

PBs for Guy and Litchfield

Guy finished fifth in semi-final one after touching home in 50.56, with Litchfield seventh in a time of 50.86.

That meant they finished 10th and 14th respectively and missed out on qualification for Thursday night’s final.