Seventeen of England’s swimmers progressed on day one of the 2018 Gold Coast Commonwealth Games.

James Wilby (Loughborough NC) and Andrew Willis (Bath NC) will both be featuring in today’s 200m Breaststroke final after battling with Scottish swimmers Ross Murdoch and Calum Tait in heat 2.

Wilby posted a time of 2:10.07 to qualify third behind Games record holder Murdoch and Australia’s Matt Wilson. Willis swam 2:10.52 to go through in fourth.

James Guy (Bath NC) kicked off the first of his seven events with a second place finish in his 400m Freestyle heat. His qualifying time of 3:50.23 placed him fifth overall across both heats. Wales’ Daniel Jervis qualified second fastest (3:48.18) and Scotland’s Stephen Milne eighth (3:51.65).

In the 400m IM, Aimee Willmott and Abbie Wood finished second and eighth overall, with Rosie Rudin coming in 10th fastest overall. Wilmott (Stirling University) touched 0.99 seconds behind Scotland’s Hannah Miley in 4:39.19, while Wood (Loughborough NC) posted 4:44.39. Their medal race will be the first to be contended in tonight’s finals.

Ellie Faulkner (City of Sheffield) and Holly Hibbott (Stockport Metro) both progressed to the 200m Freestyle final after posting heat swims of  1:57.87 and 1:58.10 respectively.

Hibbott, who went through fifth fastest overall, said: “I’ve been focusing a lot more on my speed work this year, really working on my 200 and 400, which I hope will help with the 800. 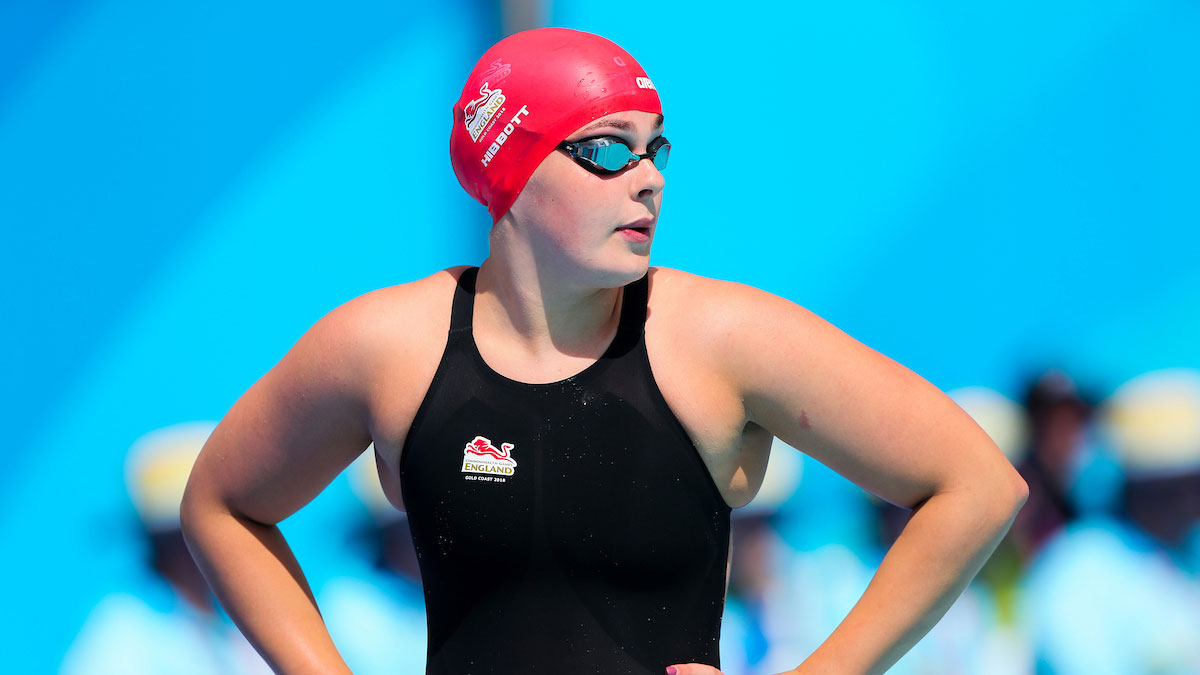 “It’s an amazing place and an amazing venue so I’m really pleased with my result. I’ve never done an international meet so this is really exciting.”

Para-swimmers Hamer and Robinson close in on podium

The Manchester NPC swimmer is confident he can earn a medal in tonight’s final: “I tried to take it a bit easier, just preparing myself for the final”, he said.

“I didn’t want to go out too hard – I just hung back a bit and let the other guys take the glory.

“I’m not even sure what time I did yet so it’s hard to say, but I need to go back out tonight and do what I do best and try and break that world record which I’ve previously held.”

Commenting on her qualification, Robinson said: “Now it’s all about getting some food and rest and getting ready for the final. [Wearing a jacket in warm up is] turning in to a bit of a thing now but you’ve got to stay warm and stay ready for the race so anything that helps me to swim well.”

Peters through but Proud out

After posting a 22:84 swim, Ben Proud (Plymouth Leander) was disqualified having been deemed to have started before the starting signal by an independent appeals panel.

Greenbank posted a 54.62 swim to finish second overall, while Clogg posted a 55.08 to finish fifth overall.

Commenting on her qualification, Stephens said: “I am really happy with that start, and to get rid of the nerves; I feel a bit more settled now.

“There’s a great atmosphere out there and you can hear the crowd roaring so it’s just nice to be able to put in a performance for them.

“It’s good to know where I am at now and get through the rounds and keep progressing. I am happy with where I am at and I’ll just keep enjoying it.”