Great Britain’s swimmers have made a golden start to the 2018 World Para Swimming Allianz European Championships.

They won a total of six golds with some impressive performances on the first day of the competition in Dublin.

Louise Fiddes put in a great last 50m leg and secured her first European title on her debut appearance at a senior international for Great Britain.

“This means everything,” said Fiddes, “All the training, all the work my coaches have put in, it’s all come together. It’s so incredible to do it at my first international.

“My coaches told me to enjoy the experience but I still felt some pressure. I was a little nervous before the race but the plan worked out in the end.”

Fiddes’ team mate, and multi-Paralympic Champion Bethany Firth (Northern Ireland), secured a bronze in the same event with a time of 1:16.84.

The silver medal went to Spain’s Michelle Alonso Morales who touched in 1:15.55.

Another athlete secured a medal on her international debut for Great Britain.

She qualified in second with a PB only to lower it again, by a further two seconds, in the final to secure her place on the podium.

Richter said: “I could see her [Supiot of France] catching me and I knew I just needed to keep going and give it everything – my legs are so tired now.

“I’ve worked so hard for this. All the early mornings and extra training and I’m just so happy it’s paid off and I’ve got a medal.

“I’ve still got the backstroke which is my main event and I’m really looking forward to that.” 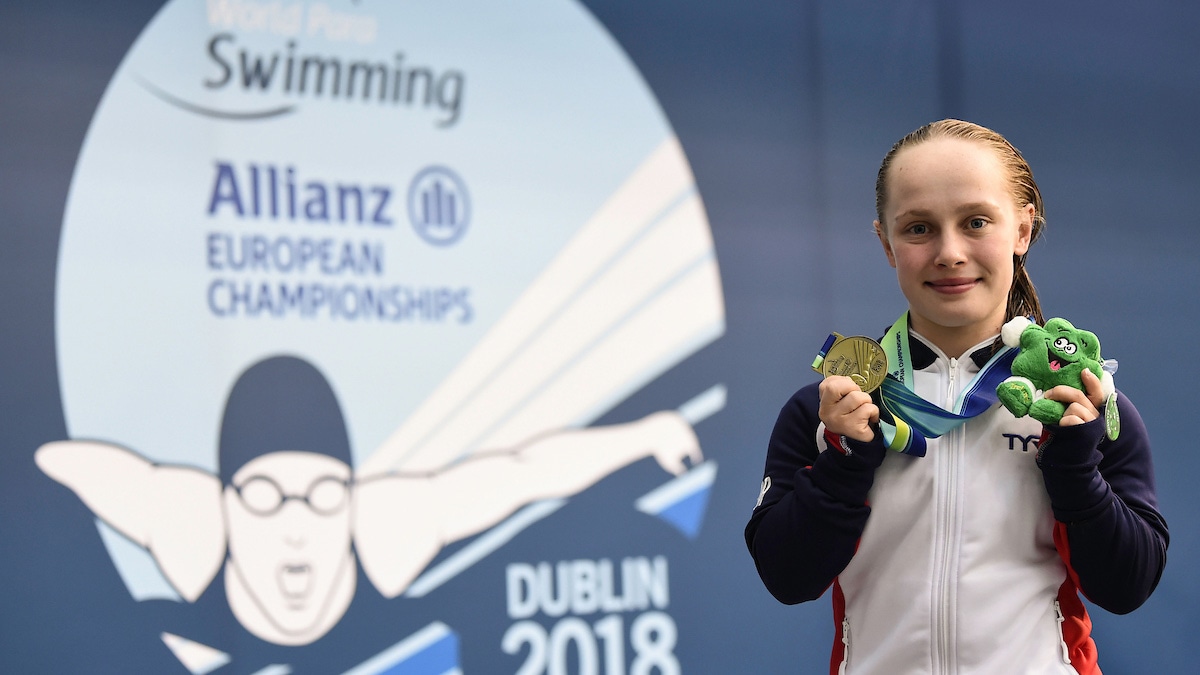 Robinson wins battle of the Brits

Robinson won the battle of the Brits as she claimed bronze after touching in 34.31.

“I’ve slightly mixed emotions after that swim,” said Robinson. “The time I’m not so happy with but it’s great to get inside the top three and get myself and the team a medal on the opening day in Dublin.

Summers-Newton, who is making her senior international debut for Great Britain, finished fourth overall in a time of 34.70.

She improved on her time from the heats and lowered her personal best for the second time of the day. Kearney finished seventh overall with a time of 37.50.

The gold medal went to Yelyzav Mereshko, of Ukraine, who swam a world record breaking time of 32.78 and silver went to her team-mate, Viktoriia Savtsova (32.79).

Quinn said: “A great result for me, obviously not my best as I would’ve liked to get a PB. This morning I was a bit nervous, a bit tense but this evening it all came good and I’ve defended my title from two years ago.”

Team-mate Conner Morrison, who trains at the University of Aberdeen, secured silver after coming from outside of the medal positions (1:07.53).