Greenbank and Wilby among winners for Loughborough at McCullagh International

Greenbank was one of five Loughborough swimmers to win gold medals on the third day of competition in Bangor, Northern Ireland.

The World Championships bronze medallist won the 100m and 200m Backstroke at the BUCS Long Course Championships in Sheffield, breaking his own record twice in the latter event.

He was provided with a good test in Bangor, with Irish Olympian Shane Ryan going quick off the blocks and leading at the halfway stage.

But Greenbank surged over the last 25 metres in a grandstand finish between himself, Ryan, Conor Ferguson and Joe Litchfield.

The 22-year-old was more than half a second quicker than his winning time at the BUCS Nationals, clocking 55.06 to show further improvement as he builds towards the British Championships.

His Loughborough team-mate Litchfield was pipped to the bronze medal, finishing fourth in 55.59s. 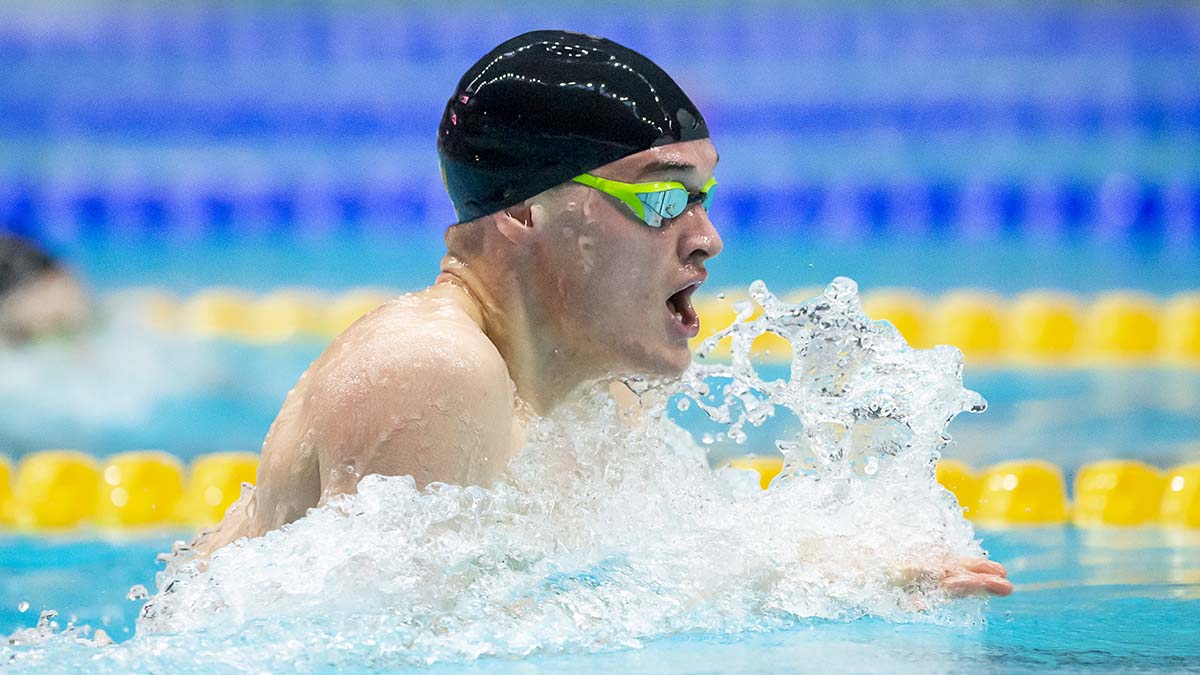 The Commonwealth champion produced consistent swims in the heat and final, improving to 2:11.23 to top the podium in his favoured event.

Wilby is looking to make his Olympic debut in Tokyo and is well poised to achieve the qualification time of 2:10.35.

His Loughborough team-mate Ed Baxter challenged Irish swimmer Eoin Corby for the bronze medal, but fell just short as he settled for fourth place in 2:18.01.

Adam Peaty was third fastest in the heats, but opted not to compete in the final as he focuses on the 50m races across the rest of the weekend.

The Loughborough swimmer won a hat-trick of gold medals at the BUCS Long Course Championships last week, including a record-breaking win in the 200m Free.

Wood again dipped below the two-minute mark, touching the wall in an impressive 1:59.96.

That was just 0.3s shy of the personal best she set at the BUCS Nationals.

Litchfield lays down a marker

Max Litchfield seems in good shape as he looks ahead to his second Olympics campaign.

The Loughborough swimmer eased to victory in the Men’s 400m Individual Medley, closing out a dominant swim in 4:19.81 – just shy of his preliminary time.

That was Litchfield’s second gold medal of the competition, having won the 200m Butterfly on Friday.

Molly Renshaw looks on track to challenge for a place at her second Olympics, getting comfortably within reach of the qualifying time on her way to winning the 200m Breaststroke title.

Renshaw was pushed all the way by Irish swimmer Mona McSharry, but looked composed as she touched the wall in 2:26.79.

The 23-year-old will be confident of achieving the Olympic qualifying time of 2:25.52 in the coming weeks.