Hannah Russell and Alice Tai starred with emphatic golds on day four of the World Para-Swimming European Championships in Dublin.

Russell completed a three-peat of European para-swimming golds as she won the S12 100m Backstroke title for the third consecutive Championships in Dublin.

The Paralympic champion and world record holder was in a class of her own in the final, touching home nearly five seconds clear in 1:08.16.

Spain’s Maria Delgado Nadal was next best behind the Woking SC swimmer, taking silver on 1:13.04.

Victory brought Russell her second title in as many nights, having tied for gold in the 50m Freestyle on day three of the European Championships in Ireland.

A successful night for the British team saw another three more English medals, including gold for  Tai.

The double Paralympic medallist took the touch in the S8 100m Backstroke, completing an international double for the season, having also won gold for Team England on the Gold Coast at this year’s Commonwealth Games.

ALICE IN WONDERLAND ⭐️@Alice_Tai725 becomes a European champion and there's a GB one-two thanks to Megan Richter 🙌🏽#Dublin2018pic.twitter.com/QonEzFA9zs

The English swimmer was one of the most dominant winners on the night, missing out on her own world record by just 0.6 seconds.

Tai ultimately put more than nine seconds between herself and the field on the way to gold in 1:08.86.

Megan Richter ensured there were two English swimmers on the podium as she claimed a second medal at her maiden major championship.

The 17-year old, who swims at Orion SC in Warwickshire, finished in 1:17.90 to grab silver behind Tai, adding to her bronze from the SB7 100m Breaststroke earlier in the meet. 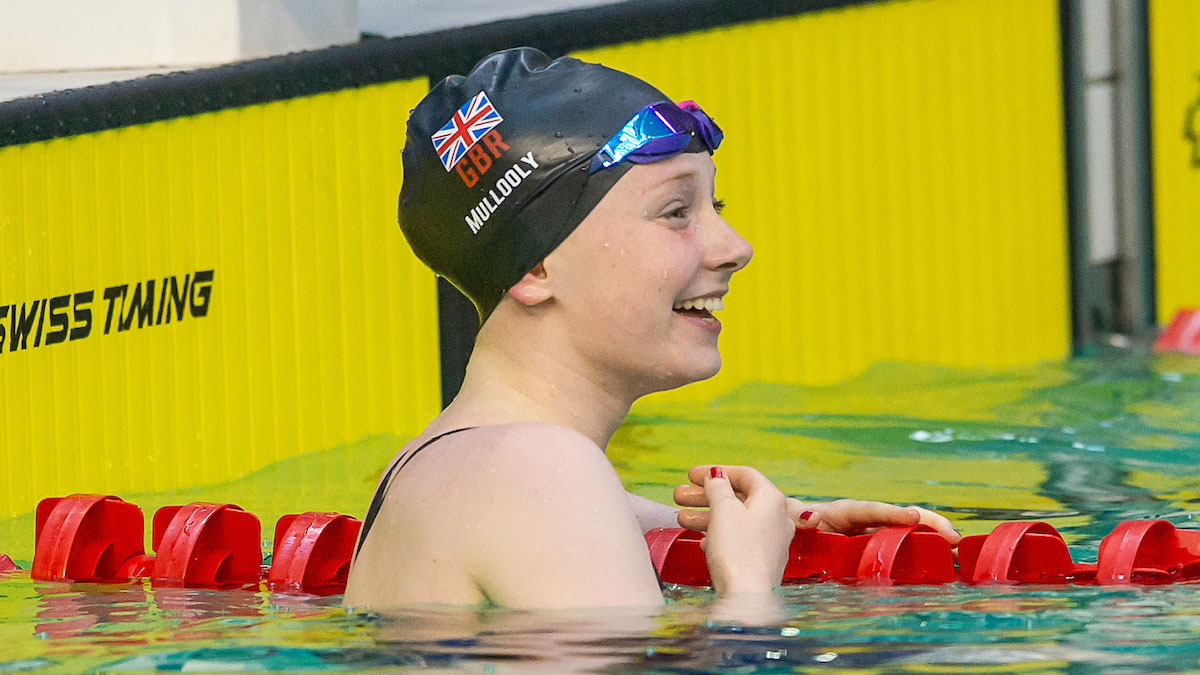 Another promising English teenager struck silver on day four in Dublin, with Guildford City’s Zara Mullooly continuing to impress in the S10 classification.

The 15-year old from Guildford City was the youngest in the field for the 50m Freestyle final, but showed experience beyond her years to come home second from lane two, having qualified sixth fastest from the heats.

Mullooly also put paid to her own British record as she clocked 28.30, finishing just 0.25 seconds behind the Netherlands’ Chantalle Zijderveld.

Hoddesdon swimmer Grace Harvey was the other English medallist on the day, claiming her first medal of her major championship debut.

The other three English swimmers in action on day four were all in the men’s S9 100m Backstroke.

Ollie Hynd was the first Brit home in 1:05.76, missing out on bronze by just 0.11 seconds as he finished fourth.