12-year-old Hollie Widdows claimed the third fastest time of any swimmer in the Women’s 50m Freestyle as she won the 12/13 Years title at the Swim England National Summer Meet.

Only 16 Years champion Annabel Smith and 17 Years and Over winner Lauren Cox went quicker than Widdows, who raced to the gold medal in 26.97s.

That would have been enough to see the Guildford City swimmer finish in fourth place at last week’s British Summer Championships.

Widdows shaved almost 1.5 seconds off her previous personal best over her two swims on Thursday.

The 15 Years final was too close for the eye to call, with the top three finishing within 0.15s of each other.

City of Sheffield’s Charlotte Berry did enough to win gold in 27.29s, with Poole’s silver medallist Catherine Eland just 0.01s ahead of Stockport Metro’s Amy West, who won bronze in 27.44.

Annabel Smith smashed her personal best for the second time in as many races, going under the 27-second barrier for the first time to win the 16 Years title.

The Bromley swimmer improved her previous mark to 27.23s in the heats and she went quicker again in the final, taking gold in 26.78. 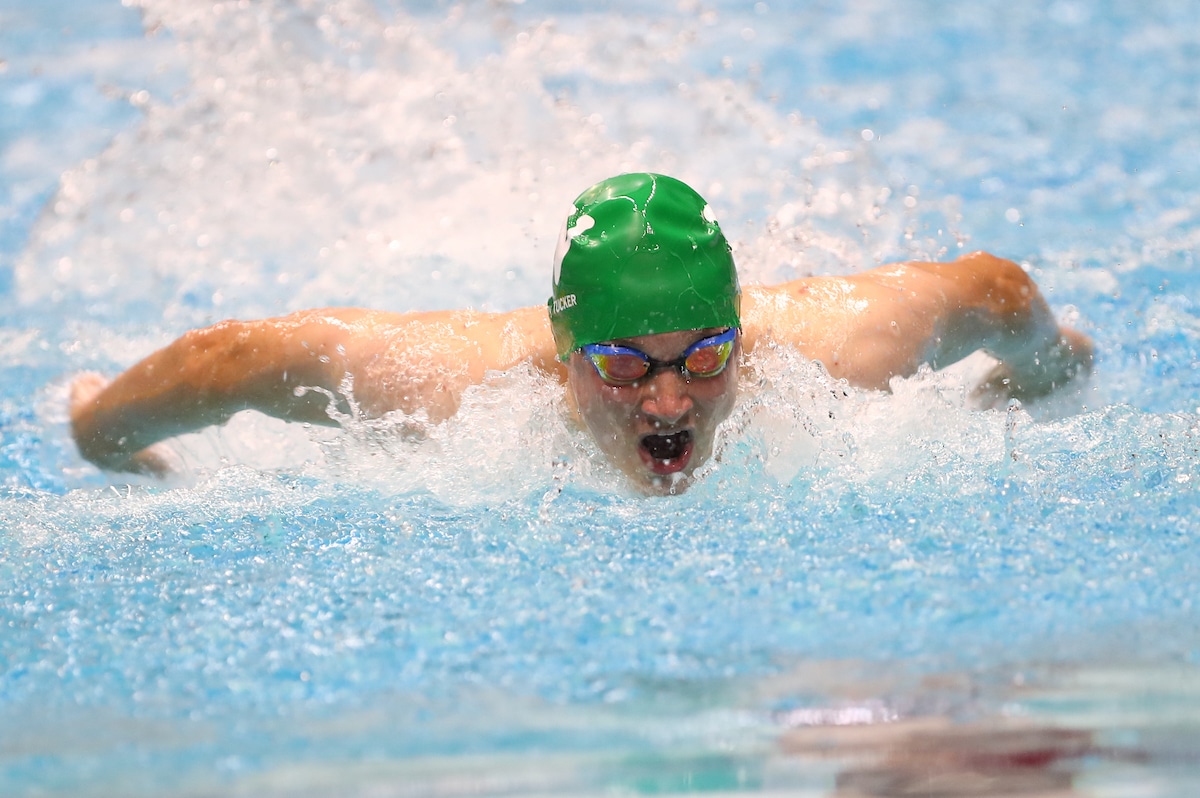 Staines swimmer Philp was fourth at the halfway mark, but preserved his energy finely to touch the wall in 57.63s for his second consecutive national title in this event.

Wilson was just 0.09s behind as he won silver for his second medal of the day.

The City of Salford swimmer had won the 1500m Freestyle title a few hours earlier and showed great durability to return to the pool in the evening.

Eliot Desforges was in total control as he won the 16 Years title.

The Bracknell swimmer went out in 26.18s and finished in 56.80s, more than 1.2s clear of his nearest rival – Mount Kelly’s James Bartley.

Desforges took more than three seconds off his personal best time over the course of the day.

Wycombe District’s Samuel Tucker led the way as four swimmers went under a minute in the 15 Years final.

Caleb Griffiths won a closely contested 13/14 Years final, with the top three all within half a second of each other.

City of Liverpool’s Griffiths was first in 1:00.36, ahead of Wirral Metro’s Lucas Horton and Sutton Cheam’s Filip Malov.

Meanwhile, City of Sheffield’s Tom Downs went close to his lifetime best as he won gold in the 18 Years and Over final.

City of Cambridge’s Hugo Bellamy won silver in 56.45, while Downs’ Sheffield teammate Jack To joined him on the podium. 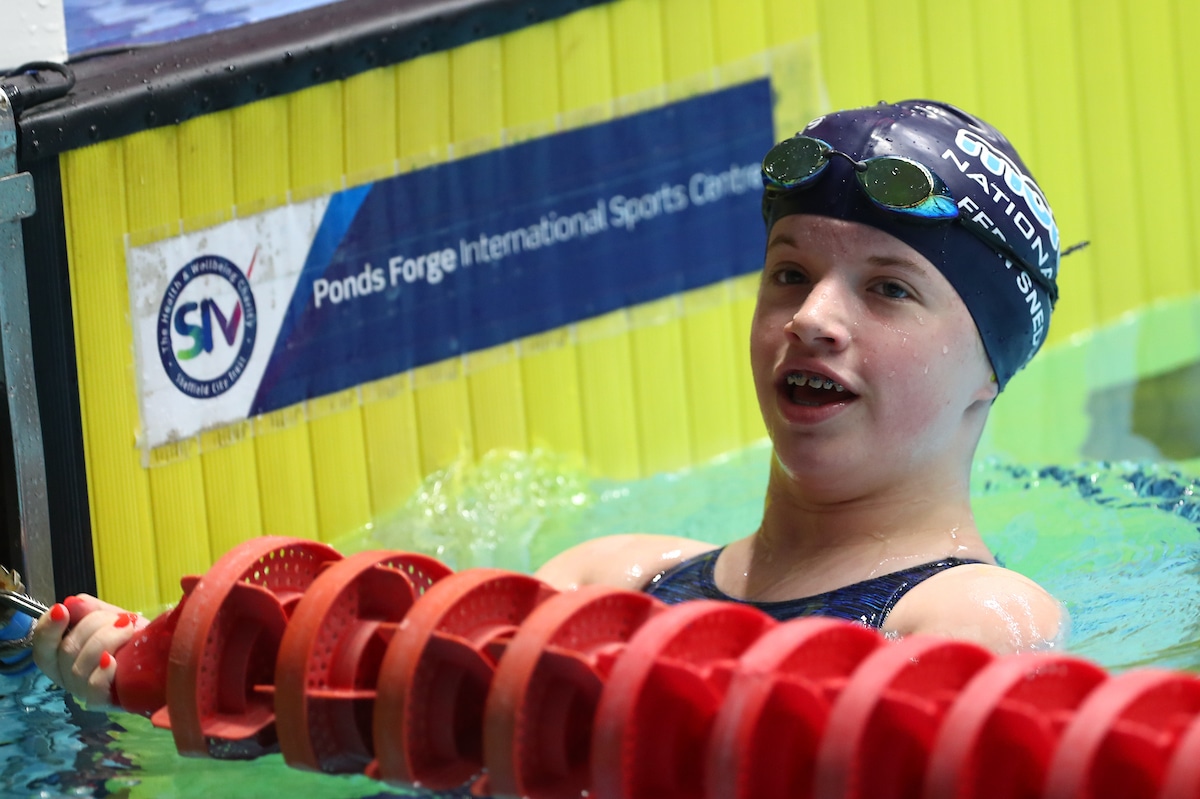 The S6 swimmer was 72 points ahead of silver medallist Catriona Chung (S8), of Leicester Penguins. 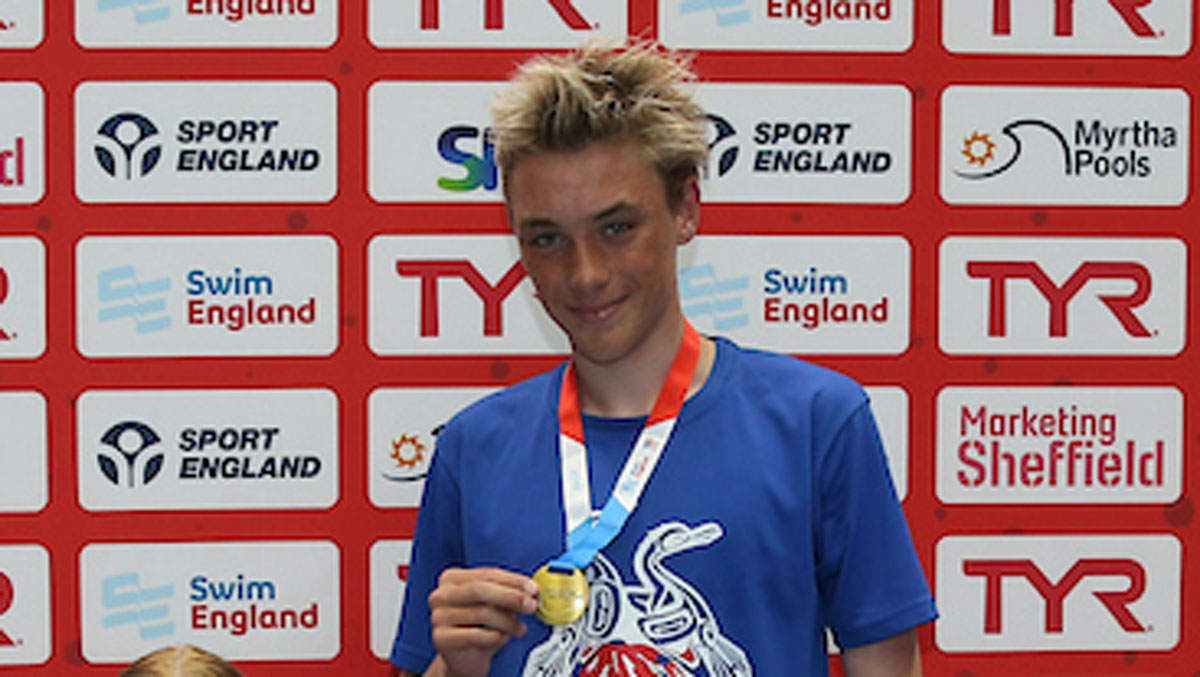 Kieran Williams was first to the wall and first overall in the Men’s MC 50m Freestyle final.

That was just enough to hold off Bolton Metro’s Luke Batty, who won silver with 520 points.